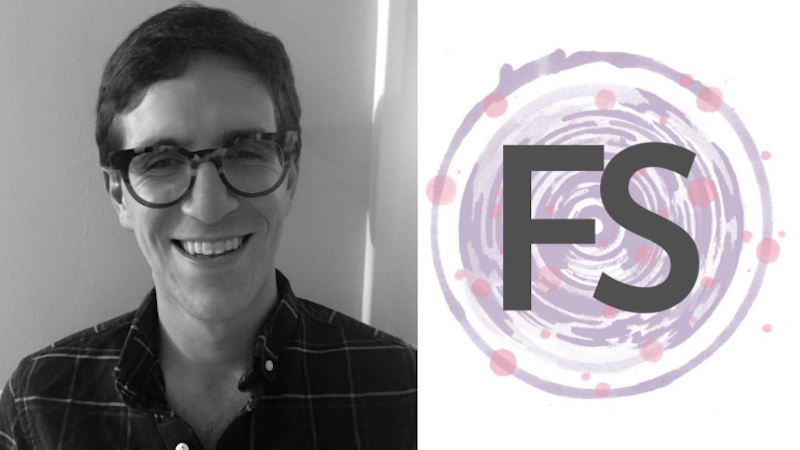 This week we spoke to writer, critic, and editor, Nathan Goldman. 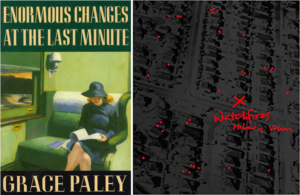 Nathan Goldman: I’d love to have written about Grace Paley’s second collection of stories, Enormous Changes at the Last Minute. Paley’s fiction wows me in a way I find difficult to articulate. I think I’ve read the story “Wants,” which opens the collection, more times than any other short story. The way she uses the form, compressing the richness of life into restrained prose that finds lyricism in everyday speech, is extraordinary. For me, her work really comes alive at the level of the sentence and even the phrase. I find it hard to write about style in a sustained and truly rigorous way without writing tediously myself. So it seems like it would be a worthwhile challenge.

NG: I’m going to cheat a little—this one was published at the end of 2016—but Hilary Plum’s Watchfires is an excellent book that hasn’t gotten its due. It’s a fragmentary and capacious essay about illness, the War on Terror, and much more. It’s thoughtful, surprising, and self-subverting, and it manages the difficult task of both clarifying and complicating its subjects.

NG: I’m not sure whether this is a widely-held misconception, but in my conversations, I often find that there’s some misunderstanding or at least confusion about the current economic state of criticism and of writing in general. I think a lot of people outside of the industry might be surprised to know how little writers and editors are paid and how often they are not paid at all. Part of the problem is that the underpaid are ashamed to talk about this. (For the record: like many writers—probably more than most people would guess—I have a day job.)

NG: I’m not well qualified to speak about this, because I’ve only published during the age of social media! But it seems like social media intensifies the way publications must compete to grab and keep readers’ attention. That incentivizes publishing criticism by and about writers people already know about, criticism on work put out by major publishers, and criticism that is itself not very formally adventurous. On the other hand, the direct access to readers that social media affords helps critics who are interested in doing things differently and the publications that are interested in publishing them.

NG: Can I cheat and name two? Really I’d like to name many more. Becca Rothfeld and Amia Srinivasan are two critics whose work is always a pleasure to read. They both work in the tradition I find most appealing: criticism as thinking about, with, and by means of texts, rather than just evaluating them. They also both tend to write about books and ideas of particular interest to me but from perspectives and with knowledge that is very different from mine. For me, that’s ideal.

Nathan Goldman is a writer of fiction, nonfiction, and criticism and a blog editor for Full Stop. His work has appeared in The Nation, the Los Angeles Review of Books, the Kenyon Review Online, Prairie Schooner, and other publications. He lives in Minneapolis.