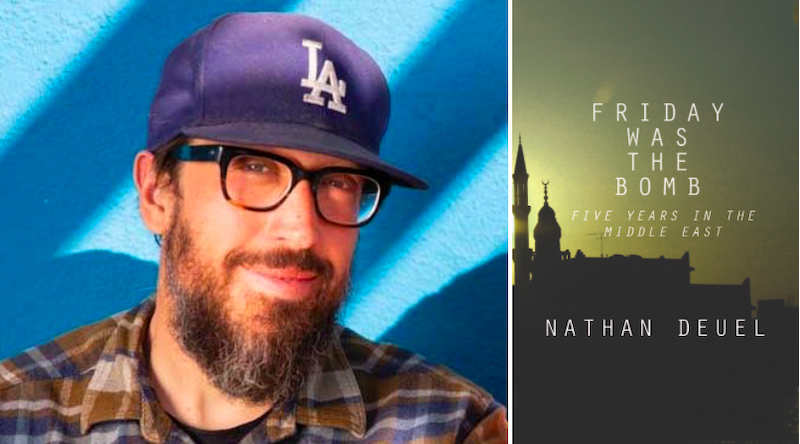 "Particularly in Los Angeles, there's something delightfully archaic about even the notion of writing about books"

This week we spoke to Los Angeles-based writer and critic, Nathan Deuel. 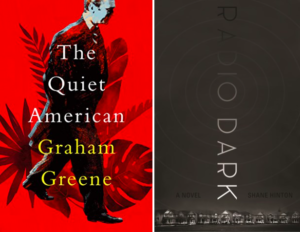 Nathan Deuel: I think my favorite book, and it’s one I’ve re-read in every place I’ve ever lived—from Miami to Cambodia, New York to Beirut—is The Quiet American, Graham Greene’s whip-smart 1955 novel about Vietnam. I like to think about the different people I’ve been each time I’ve read it, from a college kid to a first-time expat, from a young editor to a dad and full-time writer living in the Middle East. It’s a book that can offer different lessons, depending on where I am in the world, what goals I have, how confident I am in my instincts. Greene is such a sly and muscular writer. (Journey Without Maps is another favorite.) What a joy it would have been to connect with The Quiet American when it first came out, before our dark adventure in Southeast Asia, before so much went wrong. But of course, it’s all still going wrong.

ND: Who knew my home state of Florida would pump out such great literature? Orlando’s Burrow Press is one of a few that’s showcasing the weird and wonderful possibilities for storytelling from our steamy southern fantasy. I’m still thinking about Radio Dark, a novel they put out this year by Shane Hinton, a strawberry farmer and friend of mine. His short story collection Pinkies, from 2015, was a frightening and upsetting snapshot of nearly everything that could unravel down there. I was excited to hear he’d made the time—all that strawberry farming!—to work on a sustained story. The first 100 pages of Radio Dark are insane: So upsetting, vivid, urgent. Can you call the ending perfect? I’m not sure. But you should read it and tell me what you think.

ND: Gosh, I probably wouldn’t know enough about what other people think to answer. I myself am probably wrong about most things. The scary thing is that us critics are just a bunch of people who love to read, who are stubborn enough and lucky enough and bizarre enough to think it makes sense to write in an imperfect and probably sometimes unhelpful way about other people’s writing. Particularly in Los Angeles, where I’ve lived for the last five years, there’s something delightfully archaic about even the notion of writing about books. When you say “writing” in this town, most people assume you’re talking about film and TV. So every time an advanced copy lands on my sunny doorstep, each time I crack it open, I am pitifully aware of our limited power compared to the screen, thinking once again that there are people out there like me, that we’re still trying, that in the pages of some newspapers, more than a few good magazines, and on the internet there are people who for a bunch of beautiful reasons still take the time to think about books and what they can be.

ND: One of the best things I’ve ever done is quit social media entirely (aside from one brief re-dip earlier this year, which reconfirmed my opposition.) Maybe I’m missing out, but I prefer to read books or some of the 8 million magazines and newspapers I subscribe to. My current favorites are The Atlantic, Bookforum, and Surfer. The last one I read cover to cover the instant it arrives, with such gusto that I’ll even read it while I’m brushing my teeth or walking the dog.

ND: Christian Lorentzen has always been an exciting voice. Dwight Garner is reliable. But there is no publication right now that covers books I like and am interested in, and does so with such unswerving panache and good taste, than Bookforum. It’s probably a testament to Michael Miller, editor there, for the way he’s been curating a muderer’s row of smart and surprising voices. I also wish Ed Park was still the editor of the Voice Literary Supplement.

Nathan Deuel is a frequent book critic for The Los Angeles Times and the author of Friday Was the Bomb: Five Years in the Middle East, which was named an Amazon Best Book of the Month. He has written essays, reviews, and short fiction for The New York Times Magazine, GQ, Harper’s, and The Paris Review, among others. He lives in Los Angeles and is on faculty at UCLA’s Writing Programs.