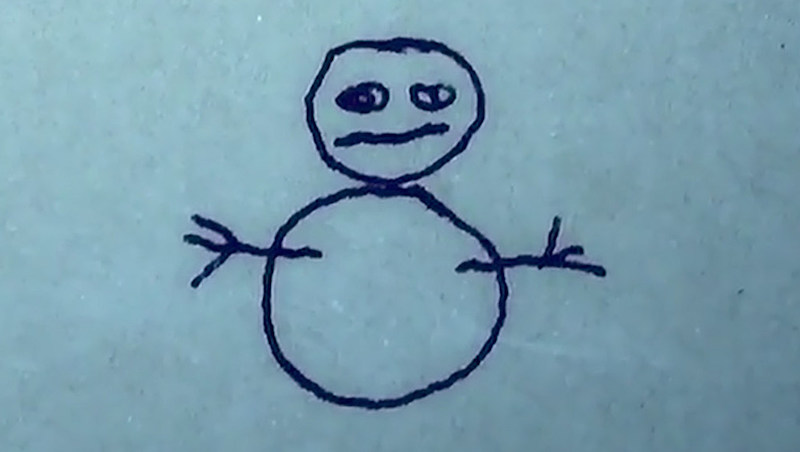 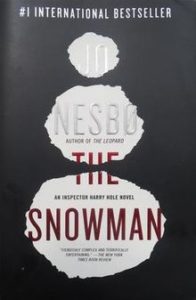 “Did you know that darkness has a taste, Grandma?”

“What sort of issues do you expect your crime fiction to cover? If you feel that personal responsibility, cracks in the welfare state and the problems of parenthood are fair game for the crime novel, then Jo Nesbø is your man. All of these (and many more) are crammed into his weighty latest book, The Snowman.

If, however, your taste is for tough and gritty narratives with a relentlessly page-turning quality, well…Jo Nesbø is still your man. That he is able to combine the urgency of the best storytellers with a keen and intelligent engagement with social issues may well be the reason why Nesbø is shaping up to be the next big name in Scandinavian crime fiction, now that Mankell is on the point of retiring Kurt Wallander and Stieg Larsson is hors de combat. 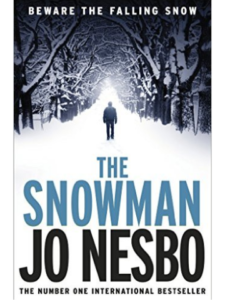 “The Snowman is certainly the most disturbing of Nesbø’s books, with a spine-chilling quality that evokes the English master of the macabre, MR James. On a typical November night in Oslo, the snow is beginning to fall. A young boy is awakened, and finds that his mother has disappeared. As he searches for her, he discovers wet footprints on the stairs. With a growing sense of horror, he looks out of the window and sees a snowman in the moonlight, the black eyes positioned to look at the bedroom window. Around its neck is a pink scarf—his mother’s.

After this blood-chilling overture, DI Harry Hole has to deal with two problems: a forceful new female partner, Katrine Bratt—a woman who quickly demonstrates that she can give as good as she gets. Readers will intuit that a mutual respect will grow—standard territory in police procedurals. Harry’s main problem, though, is an anonymous letter he has received, signed ‘The Snowman.’ Mothers and wives have disappeared, often on the day when snow begins to fall. Some days later, a gruesome discovery is made: the severed head of another woman, placed on top of a snowman. 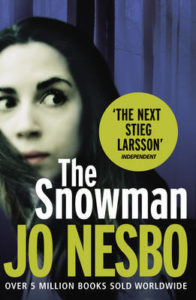 “With its tensile-steel narrative grip, this most ambitious of Nesbø’s crime novels banishes any fears that the omniscient serial killer scenario has been exhausted. Nesbø may be the kind of writer—like Stephen King and James Herbert—who wanted to be a rock star, but even though his band’s second album was a Norwegian bestseller, he’s self-deprecating about this particular blind alley—as he is about his stalled career as a footballer. It’s fortunate that success as a writer has dwarfed his earlier endeavours; after all, who needs more rock stars or footballers?”