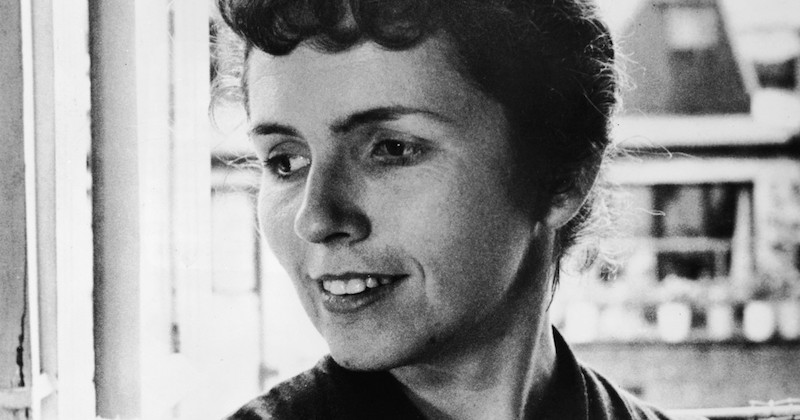 Angela Carter on the Short Stories of Grace Paley 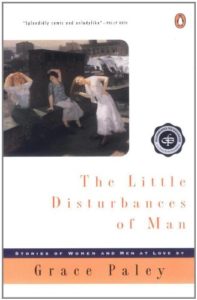 My husband gave me a broom one Christmas. This wasn’t right.

No one can tell me it was meant kindly

“What can put you off Grace Paley’s stories is their charm. ‘An Interest in Life’ in the collection called The Little Disturbances of Man begins: ‘My husband gave me a broom one Christmas. This wasn’t right. No one can tell me it was meant kindly.’ It is so scrupulously disarming an intro that it is bound to put people who like Joan Didion very much on their guard. And it is alarmingly easy to fall into the language of the Martini ad when writing about Grace Paley – wry, dry tender, ironic etc.

The snag is, her work has all these qualities: it is an added irony that, since the fin has come a little early this siècle and anomie is all the rage, wry, dry tenderness is a suspect commodity. Not that Paley appears to give one jot for psychosocial hem-lengths. She is, as we used to say, ‘for life’, and clearly cannot imagine why anybody should be against it. 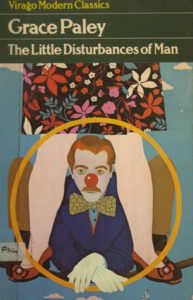 I love to think how Joan Didion would hate Grace Paley. If a continent divides Paley’s seedy, violent multi-ethnic New York from Didion’s neurasthenic vision of LA as a city of the plain, their sensibilities are those of different planets. But, then, the poor always have an unfair moral edge on the rich, and most Paley characters are on Welfare.

“Paley does not efface herself from the text. A homogeneous, immediately recognisable personality pervades everything she writes. Nevertheless, she is a ventriloquist par excellence, and speaks the American that has been moulded by Russian, Polish and Yiddish as eloquently as she can personate the speech of Harlem. She can change sex, too: as a first person, she credibly becomes a man, young or old. Shape-shifting is no problem. 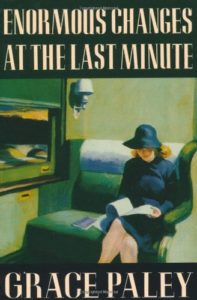 “Technically, Grace Paley’s work makes the novel as a form seem virtually redundant. Each one of her stories has more abundant inner life than most other people’s novels; they are as overcrowded as the apartments they all live in, and an enormous amount can happen in five or six pages. Her prose presents a series of miracles of poetic compression. There are some analogies for her verbal method – e.e. cummings, perhaps, also a smiler with a knife, but she rarely plumbs his depths of cuteness. She has the laconic street eloquence of some of the Beats. This is not English English; scarcely a Wasp graces these pages. Yet the cumulative effect of these stories is that of the morality of the woman of flexible steel behind them; most of all, because of her essential gravity, she reminds me, strangely enough, of George Eliot. But, within its deliberately circumscribed compass, Grace Paley’s work echoes with the promise of that sense, not of optimism, but of inexhaustibility, which is the unique quality of the greatest American art. She is also living proof that the only hope for the USA – like the USSR in this as in so much else – lies in certain of its dissidents.”