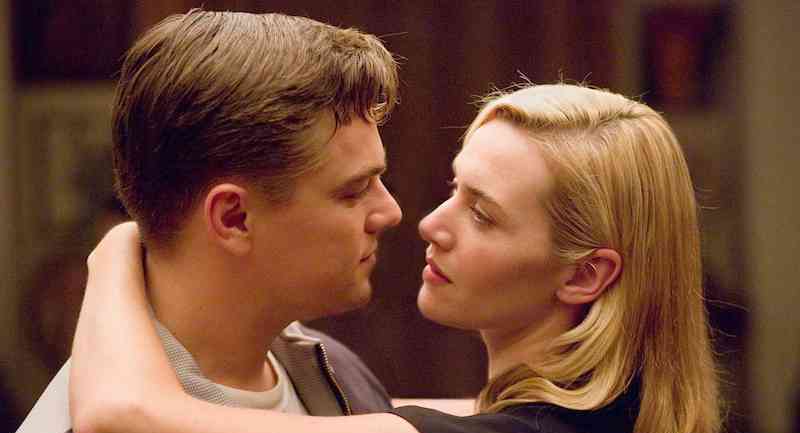 In one of her earliest book reviews for The New York Times, Kakutani wrote about Yates' "remarkable and deeply troubling" debut novel 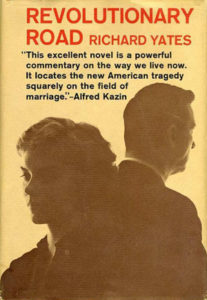 “…if you wanted to do something absolutely honest, something true, it always turned out to be a thing that had to be done alone.”

“‘I still had this idea that there was a whole world of marvelous golden people somewhere,’ says April Wheeler midway through this novel. She continues: ‘People who knew everything instinctively, who made their lives work out the way they wanted without even trying, who never had to make the best of a bad job because it never occurred to them to do anything less than perfectly the first time. Sort of heroic super-people, all of them beautiful and witty and calm and kind, and I always imagined that when I did find them I’d suddenly know that I belonged among them, that I was one of them, that I’d been meant to be one of them all along.’

Of course neither April Wheeler nor her husband, Frank, belong among these heroic people. None of Richard Yates’s characters do. Self-conscious to the point of paralysis, they are people who are unable to stem the ‘gathering disorder of their lives,’ people who find themselves trapped in jobs and marriages they never particularly wanted, who discover that the real world does not match the romantic maps of their dreams. Reasonably intelligent, gifted and sensitive, they are all practiced in the art of self-deception, and the price of their illusions is disappointment and grief.

This is true of the characters in Mr. Yates’s short stories and later novels—such as The Easter Parade and Disturbing the Peace—as well as of the Wheelers in Revolutionary Road. The author’s first novel, written when he was 35 years old, Revolutionary Road was first published in 1961, and has long been out of print. It used to be necessary to search used-book stores for copies of this beautifully crafted novel, and now, happily, it has been reissued by Delta Books. More than two decades after its original publication, it remains a remarkable and deeply troubling book—a book that creates an indelible portrait of lost promises and mortgaged hopes in the suburbs of America. 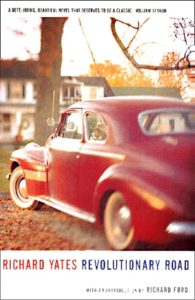 “On the surface, the Wheelers certainly seem like the perfect suburban couple. She is beautiful and poised, he is charming and glib, and they live, with their two children, in a bright, clean house on Revolutionary Road. As one of their neighbors remarks: ‘They’re sweet. The girl is absolutely ravishing and I think the boy must do something very brilliant in town.’

Actually, Frank works in the promotion department of the Knox Business Machine Company, and he loathes both his career and his commuter’s life. Like so many of the characters in Mr. Yates’s fiction, he cherishes certain bohemian ideals—he thinks of himself as a sort of ‘intense, nicotine-stained, Jean-Paul Sartre sort of man’—and he loves to hold forth on such intellectual bugaboos as ‘conformity’ and ‘the hopeless emptiness of everything in this country.’

Frank and April, you see, feel superior to their middle-class surroundings, and they have little but disdain for such hopelessly bourgeois things as tract houses and mailboxes emblazoned with family crests. This, after all, wasn’t what these ‘promising’ young people expected out of life: the financial difficulties posed by the arrival of an unplanned child necessitated this stopover in the ash heaps of Middle America, but the stopover will be brief. Tomorrow or the day after or the day after that, they will take off for Europe and leave this old life behind. Frank will ‘find himself,’ find a truly ‘interesting’ job, and the Wheelers will, at last, take their place among the ‘golden people.’ 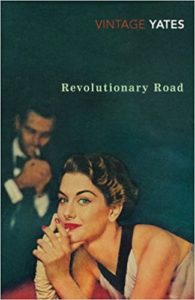 “Instead, the Wheelers’ frailties, combined with an unkind fate, conspire against them. Their pretensions and insecurities lead to embarrassment, the embarrassment to frustration, the frustration to passionless affairs and bitter self-reproach. Frank takes up with a woman from his office, and April with her best friend’s husband. Both become skilled in the fiercely intimate art of marital fencing, and Frank, ever the actor, hones his manipulative skills—he is forever rehearsing his words to April, editing his feelings and arranging facial expressions. In the end, the Wheelers’ inability to connect emotionally has devastating and tragic results; unable either to fulfill or to disavow the vestigial dreams of their youth, they end up casualties of their own romanticism.

Writing in controlled, economical prose, Mr. Yates delineates the shape of these disintegrating lives without lapsing into sentimentality or melodrama. His ear for dialogue enables him to infuse the banal chitchat of suburbia with a subtext of Pinteresque proportions, and he proves equally skilled at reproducing the pretentious, status-conscious talk of people brought up on Freud and Marx. If, at times, we are tempted to see Frank as something of a deluded, ineffectual snob, we are also inclined to sympathize with him—so graceful is Mr. Yates’s use of irony. His portrait of these thwarted, needlessly doomed lives is at once brutal and compassionate.”