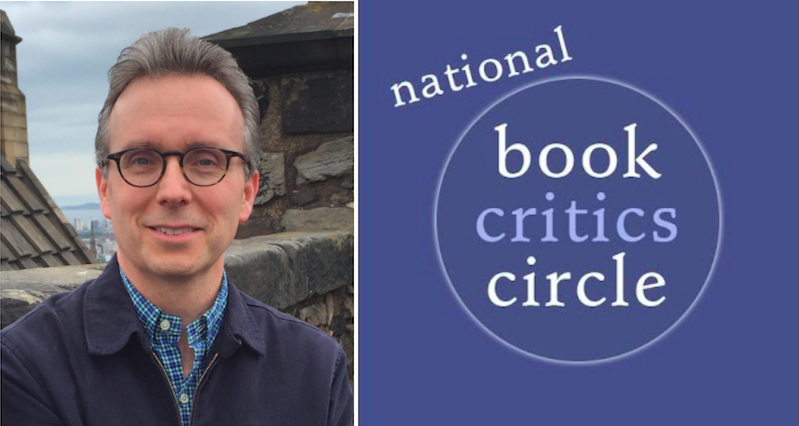 "I think a good book is a good book, and every candidate is welcome." 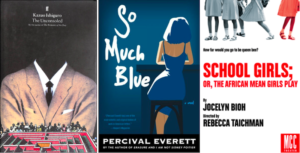 Michael Magras: Kazuo Ishiguro’s The Unconsoled is one of the greatest novels I’ve ever read. You know from the brilliant opening that you’re in for an unusual experience. A virtuoso pianist named Ryder arrives in a European city to give a recital, although he doesn’t remember ever having agreed to the gig. The elevator ride he takes with an elderly porter named Gustav—who, despite the heaviness of Ryder’s bags, refuses to put them down—goes on for what has to be fifteen or twenty minutes. Later, Ryder encounters brick walls in the middle of a street and walks through open doors only to end up in a different town from where he started. For 500 pages, Ishiguro subverts the conventions of the novel, one surreal episode at a time. The result is a bizarre and touching meditation on longing and memory, a book that starts out as the story of a pianist trying to get to a concert hall but ends up being about so much more.

MM: Percival Everett’s novel So Much Blue didn’t receive as much attention as it deserves. It’s a fascinating portrait of three key moments in the life of a black man named Kevin Pace. In 1979, he’s a 24-year-old aspiring artist who travels to war-torn El Salvador to help rescue a friend’s brother with a history of drug offenses. Fifteen years later, Kevin, married and established as an artist, has an affair with a much younger art student. And in the present day, recovering alcoholic Kevin struggles not only with his latest painting but also with family problems, among them his 16-year-old daughter’s pregnancy. So Much Blue is a book unlike any I had read before: part detective thriller, part philosophy, and a nuanced, eloquent treatment of race and art.

MM: I don’t know that I can generalize, but I wouldn’t be surprised to learn that some people view book critics as elitists determined to steer the masses toward fine literature and away from anything as vulgar as a good mystery. I think a good book is a good book, and every candidate is welcome: literary novels, mysteries, young-adult fiction, comic novels (I have a soft spot for P.G. Wodehouse), and all of them written by as diverse a group of authors as possible. My goal is not to sell my opinion of a book but to share a love of all good books and stimulate a meaningful conversation.

MM: It seems to me the biggest change is that social media, and the Internet in general, has had a democratizing effect on book criticism, which, as is the case with any democracy, has its good points and bad points. I’ll focus on the good: I suspect that, although the number of venues in which professional book critics can publish their work has decreased, the diversity of thoughtful voices has increased. That’s a positive development, even though my joy is tempered by the wish that more opportunities were available than currently exist.

And some readers have benefitted, too. Not that long ago, book lovers in places like rural Maine, where I live, had limited exposure to book reviews. Few local papers ran them. Now, any reader with access to the Internet—assuming we all still have equal access to the Internet—can enjoy book criticism from all over the world.

BM: What critic working today do you most enjoying reading?

MM: There are so many, but I’ll mention only a couple. Parul Sehgal’s work is witty and insightful. Her pieces are my idea of what a good review should be: well-crafted essays that not only entertain but also engage the reader in a conversation.

And, if I’m allowed to invite a theater critic into the proceedings, I’d like to toss some respect Hilton Als’s way. This is no secret, but he has a consistently fresh take on even the best-known works. His is a voice we need to hear, especially now. He closed a recent review of Jocelyn Bioh’s play “School Girls: Or, The African Mean Girls Play,” with, “Why does color still define class and control our view of what is good or bad, beautiful or not beautiful, true or false?” One could ask the same of gender, religion, sexual orientation, and other categories that have historically been used to justify the exclusionary. Good questions all.

Michael Magras is a freelance book critic and a member of the National Book Critics Circle. His reviews have appeared in the Minneapolis Star Tribune, Newsday, Pittsburgh Post-Gazette, Houston Chronicle, BookPage, Kirkus, Philadelphia Inquirer, San Francisco Chronicle, Chicago Tribune, and Miami Herald. He lives in Maine with his wife and son. When they’re not in Maine, they’re probably in Scotland.