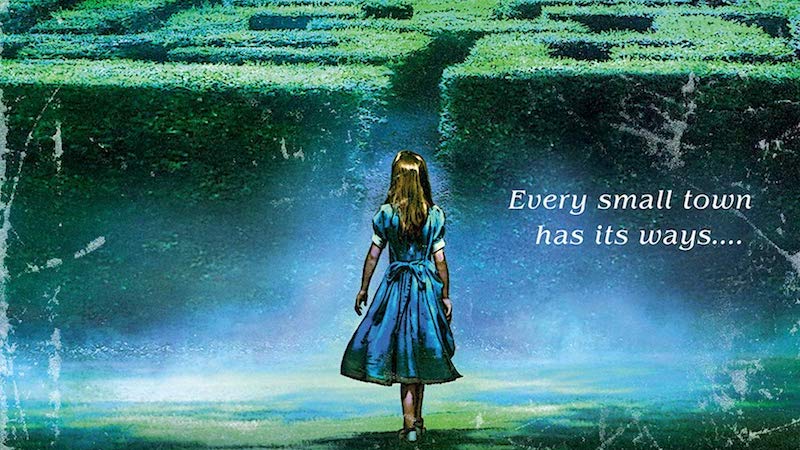 Featuring an Andy Weir space adventure, a tale of feral motherhood, a reissued classic by a groundbreaking Black author, and more

It’s gonna be…a great month for reading books! And yes, that’s every month—but there are some especially charming titles coming out over the next few weeks. We have a new spacefaring adventure from the man who launched a thousand potato memes! (The one who isn’t Samwise Gamgee.) We have Coffee House Press’ reissue of a nearly-lost classic by a groundbreaking Black author. Plus, a story of feral motherhood made newly resonant by months of quarantine, a visit to a very creepy town, and a mystery set in an alternate universe Cairo! 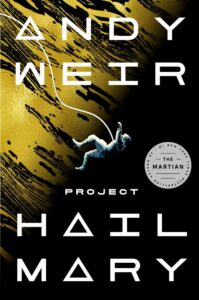 Project Hail Mary is the latest book from the author of The Martian. The plot is intricate and filled with hairpin turns and reversals, so without spoiling too much I’ll say: when astronaut Ryland Grace wakes up aboard a spaceship, he has no memory of his mission, his previous life, or even his name. This already stressful situation is made much, much worse when he discovers the bodies of his two crewmates, and realizes he’s alone. Not tense enough? As he pieces his memories back together, he realizes that he’s on a mission to save Earth…and that he has no idea how to do that.

The book becomes a race against time, as Grace tries to remember his home, his friends, and his scientific training, knowing that each day brings life on Earth closer to utter collapse. 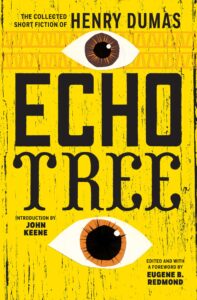 Henry Dumas was a writer and poet whose work moved between fabulism, myth, ghost stories, Southern folklore, and religious metaphor, and from the Deep South to Harlem to magical realms, much of it exploring Black identity and the constant, overarching horror of racism. In 1968, at only 33, he was shot and killed by a police officer in New York City.

His work was obscure until Toni Morrison and other Black editors and authors began promoting it to a new generation of readers. (You can read some of his poems here.) Now Coffee House Press is releasing a new reissue of their 2003 edition of his short fiction, including insightful essays on Dumas’ work from Eugene B. Redmond and John Keene. 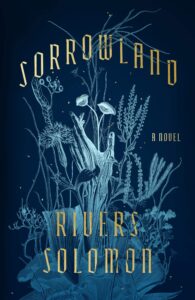 Sorrowland by Rivers Solomon
(MCD; May 4)

Following An Unkindness of Ghosts and the Hugo-nominated The Deep, Rivers Solomon weaves horror, history, and surrealism into Sorrowland. Vern is a 15-year-old albino Black girl, until recently trapped in an abusive marriage to the leader of a cult called Cainland. Vern has escaped into the woods, determined to create a new life for herself…and for the twins that are due any time.

Alone in a dark forest, the girl has to give birth, and learn how to care for two infants, alone. But that isn’t the worst of her troubles. All the residents of Cainland were dosed with hallucinogens to clear the path for them to have visions each night. Now, Vern finds that instead of visions she is beset by a haunting that is gradually turning her into someone else. Or maybe something else—something that isn’t really human anymore. 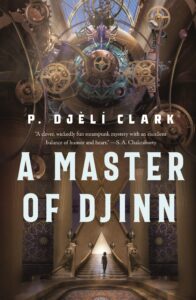 A Master of Djinn is the newest novella from the Hugo-nominated author of Ring Shout and The Black God’s Drums, P. Djèlí Clark.

Clark returns to the world of his earlier novella The Haunting of Tram Car 015, where, in a steampunk-ified Cairo, the Ministry of Alchemy, Enchantments, and Supernatural Entities keeps track of, well, alchemy, enchantments, and supernatural entities—and all the problems those three phrases can cause. Agent Fatma el-Sha’arawi is assigned her most difficult case yet when members of a mysterious brotherhood start showing up dead. The murders shock Cairo society…but when the murderer begins leaving clues hinting he’s al-Jahiz, the revered wizard who brought magic back to Cairo fifty years earlier, Fatma knows she has to solve the crime before her city is torn apart.

You can read the first two chapters here! 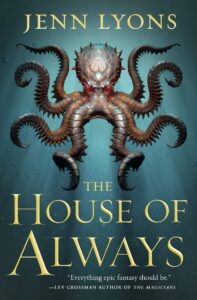 The House of Always by Jenn Lyons
(Tor, May 11)

In the summer of 2020, a new voice emerged on the epic fantasy scene. Beginning with The Ruin of Kings Jenn Lyons’ series, A Chorus of Dragons, was bold and character-driven. Best of all, Lyons knows that if you put dragons in your series title, you better make with some unforgettable scaly beasts.

Lyon is now unleashing the fourth title in the series! Following on from The Name of All Things and The Memory of Souls,The House of Always picks up in the aftermath of the Ritual of Night. Main character Kihrin, having been failed by his closest allies, has to decide how to fight his most dangerous foe yet: Vol Karoth, the King of Demons. 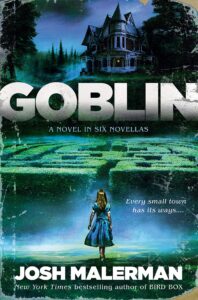 Travel to Goblin and you’ll get to meet: Walter Kamp, a man who is so afraid of being afraid that he sets ghost traps around his house; a young man named Peter who aspires to the greatness of a famous magician who goes by the name Roman Emperor; a Great Owl who lives in the forest outside Goblin; and a zookeeper who probably identifies with his charges a little too much. And that’s all before we get to the HEDGE MAZE—seriously, never trust a hedge maze in a horror story.