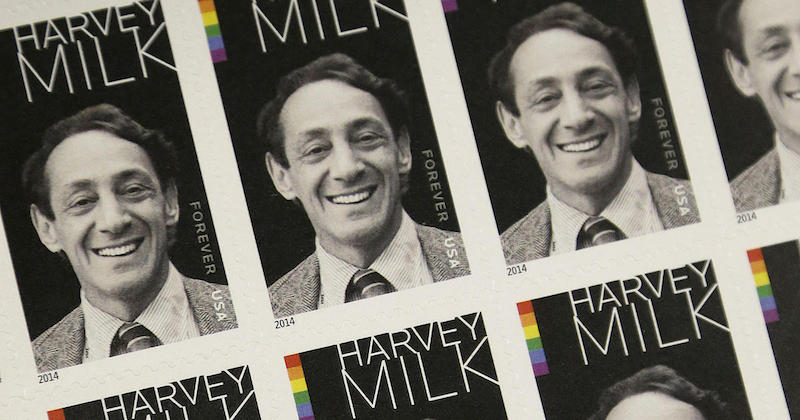 On the anniversary of Harvey Milk's assassination, we look back at a 1982 Los Angeles Times review of The Mayor of Castro Street, Randy Shilts' biography of the gay rights icon 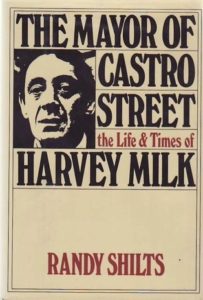 “Hope will never be silent”

“The Mayor of Castro Street, which is how Milk liked to be known, is estimable nonfiction because it combines elements of biography, social history and political machination. What makes it exceptional is an objective posture. Because author Randy Shilts identifies himself in the preface as a gay journalist, it would seem to portend a strident tone. Not so. Shilts does not canonize or martyrize the Mayor of Castro Street. Far From it.

As Shilts describes him, Harvey Milk was clumsy, bitchy, promiscuous, proud, tender, arrogant, compassionate, campy, chillingly fatalistic, inspirational and ofttimes a maddening zealot. The man was, in sum, an imperfect human being but a driven, dedicated leader who emerged from the closets of Jewish Long Island to become the nation’s first ‘self-proclaimed’ homosexual to hold high public office. He was also the bleeding heart and quickest tongue of Castro Street, a once-forlorn and melancholy chunk of urban decay that became a world-renowned center of homosexual residence, commerce and cruising. 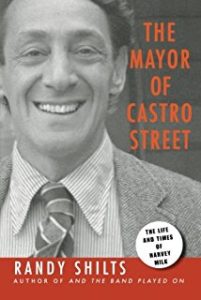 “Shilts says early on in this book that Milk had a feeling his life would be short, that he would not live to see 50. At the time you read it, it seems like gratuitous drum-rolling. But after Milk was murdered, tape recordings were found; the slain supervisor not only predicted his assassination, he counseled his community how to behave afterwards: ‘…should there be an assassination, I cannot prevent some people from feeling angry and frustrated and mad. But I hope they will take that frustration and madness and instead of demonstrating, I would hope they take the power. I would hope that 5, 10, 100, a thousand would rise. I would like to see every gay doctor come out, every gay lawyer, every gay architect come out, stand up, let the world know. That would do more to end prejudice overnight than anybody could imagine…’ 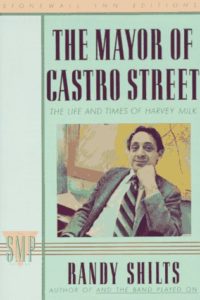 “The voice of Harvey Milk was played in the bars of Castro Street. ‘May the bullets that enter my brain smash through every closet door in the nation.’

P.S. Dan White, whose lawyer convinced the jury that his double-murderer client had grown homicidal from eating too many Twinkles and corn chips, got seven years on a reduced charge of manslaughter. Presumably better nourished by prison food, he will be out in a year or two.”