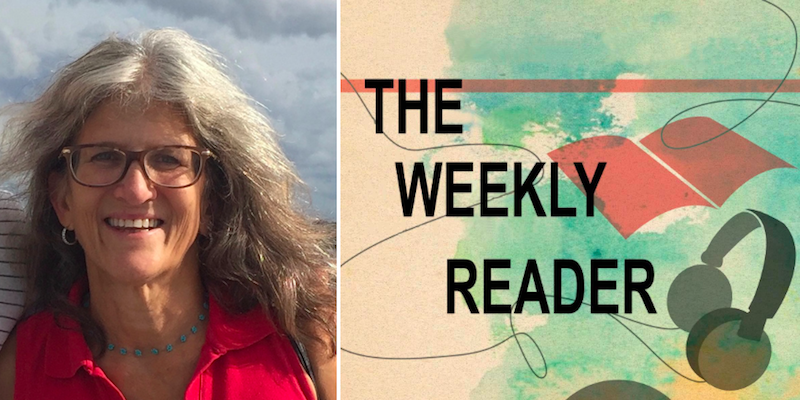 This week we spoke to Marion Winik—professor, author, critic, and host of The Weekly Reader on NPR Baltimore.

Book Marks: What classic book would you love to have reviewed when it was first published?
Marion Winik: It would have been fun to jump into the melee surrounding Portnoy’s Complaint, a book I love for a million reasons despite the never-ending annoyance of Philip Roth’s depiction of women. The book caused a huge scandal when it was published in 1969, mostly because of its detailed scenes of masturbation, but also because of its mocking attitude toward Jewish-American culture. To me, it is a master class in comedy, from the set-up—one long monologue directed to a psychoanalyst—to its wild runs of hyperbole, its caricatures, one liners, shaggy-dog digressions and continual, gleeful attempts to shock and outrage. Ideally, I’d like to imitate the style of the book, but speak from the persona of the mother. I would let that little putz have it! You think YOU have a complaint, Alexander Portnoy? Really? This would be a good way to unmask all the chauvinist preconceptions and male-centric thinking of the novel, while paying homage to it as well.

BM: What unheralded book from the past year would you like to give a shout-out to?
MW: I’ve got a few for you. Not totally unheralded but could use more heralding is Improvement, by Joan Silber. What a book! It’s a collection of linked stories spinning out from a single mom in Harlem but what’s so great about it is the voice. Charles Finch put it in perfect context in his review in the Washington Post: “Like Grace Paley and Lucia Berlin, [Silber is] a master of talking a story past its easiest meaning; like Alice Munro, a master of the compression and dilation of time, what time and nothing else can reveal to people about themselves.”

If you saw The Shape of Water, you know how moving and romantic an affair between an ordinary woman and a giant green sea monster can be. This idea came from the novella Mrs. Caliban, by Rachel Ingalls, which was reissued earlier last year. Ingalls’ story is different from the movie—better! funnier! and darker, too! It’s focused on brutally satirizing social mores and hypocrisies rather than making some unoriginal points about the military-industrial complex.

BM: What is the greatest misconception about book critics and criticism?
MW: I’ve been asked by many people if I really read the whole book every time. YES! I definitely read every book from cover to cover before I write about it, even if I hate it. I mean, there’s always the possibility that it gets better right at the end. Conversely, a lot of books fall to pieces in the last pages, which is also important to know. Last year I covered a book for Kirkus Reviews that I hated so much I was literally weeping as I turned the pages, but I still read the whole damn thing. The only good part was writing the review and getting to explain just what was wrong with that insane, tedious pile of paper. I would tell you what book it was, but I’d have to kill you.

BM: How has book criticism changed in the age of social media?
MW: The ridiculous and worthless star rating system aside, I like all the audience participation. The more the merrier. I particularly like to read the reviews on Goodreads to get a sense of what “the people” are thinking about a certain book. They can also be useful for seeing how a particular author’s die-hard fans are receiving the newest title. Some people say they never look at any other reviews until they write their own, but I sometimes do look at these.

BM: What critic working today do you most enjoy reading?
MW: I looked back at the previous entries in this series, and it seems that just about everyone I can think of has already been mentioned. One name I didn’t see is Donna Seaman, who has written for Booklist forever, it seems—I really trust her; she’s sharp but never mean. And though we don’t hear his voice anymore, I loved Alan Cheuse, who reviewed for All Things Considered for thirty years.

Marion Winik is the host of The Weekly Reader radio show and podcast, based at the Baltimore NPR station, WYPR. She reviews books for Newsday, People and Kirkus Review and is the treasurer of the National Book Critics Circle. She is the author of First Comes Love, The Glen Rock Book of the Dead and seven other books; The Baltimore Book of the Dead is forthcoming from Counterpoint in fall 2018. Her Bohemian Rhapsody column at BaltimoreFishbowl.com has received the “Best Column” and “Best Humorist” awards from Baltimore Magazine, and her essays have been published in The New York Times Magazine, The Sun and many other publications. She is a professor in the MFA program at the University of Baltimore.