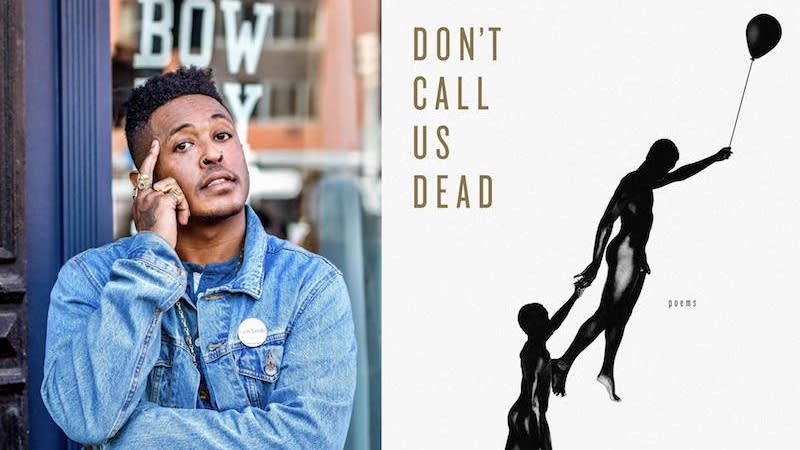 Manifesting the Body in Writing: On Danez Smith's Don't Call Us Dead

"At the center of many of these poems is the black queer body as it moves through a range of contemporary American spaces, some comparatively safe, many potentially lethal"

“These poems can’t make history vanish, but they can contend against it with the force of a restorative imagination … At the center of many of these poems is the black queer body as it moves through a range of contemporary American spaces, some comparatively safe, many potentially lethal. The mind that tracks it—imagining its outcomes, adjusting to its setbacks, processing its sudden drives and imperatives—is a wild and unpredictable instrument. In an extraordinary poem about sex and death, ‘strange dowry,’ Smith finds themselves in a strobe-lit bar, checked out by potential lovers…Spontaneity is the great virtue of this work, but calculation is a survival skill. The open-endedness of ‘strange dowry’ is matched, in this book, by a grim determinism. In ‘it won’t be a bullet,’ Smith’s advantages over ‘the kind of black man who dies on the news’ are offset by H.I.V., which targets black men by a different standard of intention … In this moving, unsettling work, the question is not simply one of craft. It’s about how the body and its authority can be manifested in writing, with only the spindly trace of letters to stand in for it … it forces you, the reader, to say aloud, to embody, the words, while leaving a gap for the inevitable differences of race or gender identity, of illness and health, that might sometimes seem unbridgeable. They might be unbridgeable; but they are not unimaginable.”