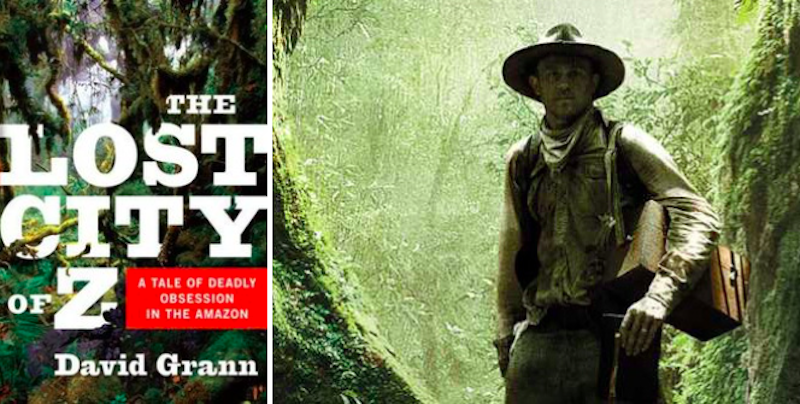 Magical Nonfiction: On David Grann's The Lost City of Z

"The result is a powerful narrative, stiff lipped and Victorian at the center, trippy at the edges, as if one of those stern men of Conrad had found himself trapped in a novel by García Márquez" 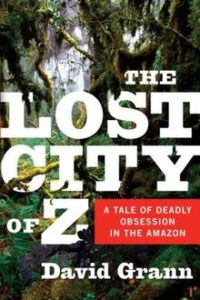 Loneliness is not intolerable when enthusiasm for a quest fills the mind.

“In his outstanding new book, The Lost City of Z: A Tale of Deadly Obsession in the Amazon, David Grann tells the story of one of these adventurers, Percy Fawcett, ‘the last of the great Victorian explorers who ventured into uncharted realms with little more than a machete, a compass and an almost divine sense of purpose.’

“In the course of his travels, Fawcett heard whispers of a kingdom, a civilization overgrown and forgotten. He began spotting clues everywhere, in the customs of the Indians, in oral histories and legends. He took to calling it, no one knows why, the City of Z, which, when stripped of pseudoscience, revealed itself to be El Dorado, the fabled city of gold chased after by conquistadors since 1541, when Gonzalo Pizarro took hundreds of men into the jungle and emerged months later with a few dozen walking corpses. In his quest for Z, Fawcett became a living symbol, the British officer, at the end of the British age, in search of a ruined empire, thus a glimpse of his own nation’s fate. 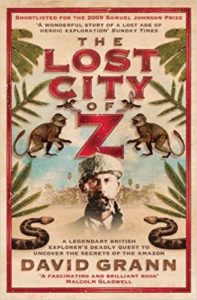 The book is screwball, a hybrid in which the weak, fear-wracked reporter from the present age confronts the crazed iron men of yore, citizens of a country as grand and gone as the kingdom of the Incas. The result is a powerful narrative, stiff lipped and Victorian at the center, trippy at the edges, as if one of those stern men of Conrad had found himself trapped in a novel by García Márquez. Along the way, Grann examines dozens of subjects that seem more and more mythical, suggesting a kind of magical non­fiction—the myth of the white Indian, for example, the fate of explorers who vanished searching for Fawcett, the habits of carnivorous fish, some which latch on to and live off the holiest, most tender of human organs. But in the end, the book is mostly about the jungle itself, the real and shrinking wilderness that can be traversed on Google maps, but also the wilderness as a metaphor that can be glimpsed but never charted—the world as it really is, where everything wants to infect you and even flowers want you dead. Which is why Fawcett, in his relentless drive into the bush, supposedly in pursuit of a goal but really going because going is the same as being alive, is a stand-in for all those who keep feeding themselves to the beast. 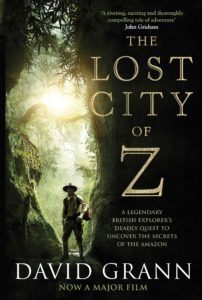 “Fawcett disappeared in 1925. In the final pages, which are terrifically exciting, the book reads like an adventure story for boys, the sort that is accompanied by drawings of diamond skulls and scorpion kings. Grann follows his subject all the way to an Indian village in a remote region called the Xingu, where he meets probably the last person to see the explorer alive. (Grann thinks he found the remnants of Z, but you can be the judge of that.) The Indians tell Grann what they’ve been telling the others who started hunting for Fawcett almost as soon as he disappeared: the white man went over the hill and never came back.”