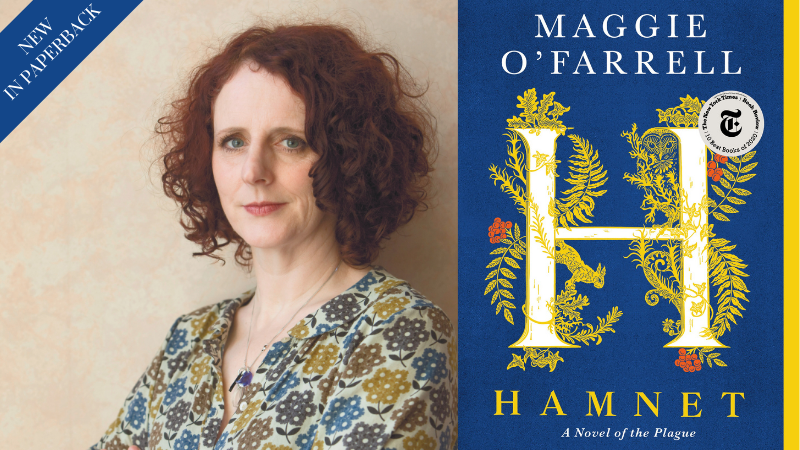 Maggie O'Farrell on Anna Karenina, The Vanishing Half, and Where the Wild Things Are

Rapid-fire book recs from the author of Hamnet

This week, we spoke to the author of Hamnet (out now in paperback), Maggie O’Farrell.

Maggie O’Farrell: Maurice Sendak’s Where the Wild Things Are, which remains to this day one of my favourites. It is flawless, as a book. There isn’t a word out of place or a word too many; Sendak says just enough and no more. The illustrations are strange and unsettling and comforting. Max is the ideal guide through the narrative—bold, curious and at sea. And the ending is perfection: where somebody loves you best of all. I still say that line to my children.

MOF: So many! Anna Karenina, Jane Eyre, Daniel Deronda, several Molly Keanes. I’ve also found myself drawn to re-reading novel series during lockdown: Old Filth trilogy, the Cazalets, the Patrick Melrose novels, the Barrytown trilogy, Elizabeth Strout’s paired novels about Lucy Barton and Olive Kitteridge. There was something I needed in the longform medium of the series, I think, to pull me through the long months of Covid restrictions. I’m currently re-reading Anna Karenina for about the ninth time. I tend to read it every few years or so, and whenever I return to it, I see something different. Its brilliance is so unique and indefinable that it refracts light at a new angle each time. I have an extremely battered copy that has been all over the world with me, in numerous backpacks and suitcases; I can’t throw it out as its covers are filled with various notes I’ve written while reading it.

MOF: I loved the way Patrick deWitt handled the historical aspect of The Sisters Brothers. It is a novel that wears its history so lightly; I find myself so put off by historical novels that shovel in all this research and unnecessary fact. I also went back to re-read Jean Rhys’ Wide Sargasso Sea; she is asking readers to go back to a story they think they know inside-out. I was trying to do that with Hamnet.

MOF: Brit Bennet’s The Vanishing Half. It is a thing of beauty—the prose sweeps you along from the first paragraph, the characters are fully realised, and the narrative questions raised by the opening are so engaging. Bravura performance.

MOF: Bess Kalb’s Nobody Will Tell You This But Me. It is a memoir with a difference: the story of Kalb’s deceased grandmother, narrated in the grandmother’s voice. She gives us the story of her marriage, Bess’s birth, a dissection of four generations of mother-daughter relationships, and an unforgettable glimpse of what it means to be a solo 12-year-old immigrant to the USA. These are all interleaved with various voicemails and conversations and unsolicited advice from the grandmother (sample: “No serious person moves to San Francisco”). There’s also a lot of discussion about curly/frizzy hair, which appealed to me. Kalb has taken the medium of the memoir and thrown all its conventions to the wind; it’s wonderful.

MOF: Cherie Jones’ How the One-Armed Sister Sweeps Her House is about a group of disparate characters in Barbados, all drawn together by a murder. The island may appear, at first glance, to be a near-paradise, but Jones’ forensic prose reveals a society riven by hardship, betrayal, and inequality. It is a novel of great elegance and verve—hard to believe it’s a debut.

MOF: Yossarian in Joseph Heller’s Catch-22 still makes me laugh out loud—his backtalk to his superiors, which is designed to floor and wrongfoot them. The novel veers from comedy and surrealism to unbearable tragedy, but I never fail to find him hilarious.

MOF: I wouldn’t say ‘hate’ but I’ve never loved Henry James or Marcel Proust. Maybe one day I will make it to the end of one of their books…

MOF: Our Spoons Came From Woolworths by Barbara Comyns. The title, admittedly, isn’t great but it’s a breathless and compelling account of two young artists marrying against their parents’ wishes in 1930s London. What begins as a story of madcap, star-crossed bohemian love soon descends into a narrative of poverty and marital neglect. The voice of the heroine, Sophia, is evocative and impossible to ignore.

MOF: A toss-up between Hamlet and Albert Camus’ The Outsider. Come to think of it, I was given them in the same year. So 1989 was a good reading year for me.

MOF: Katherine Heiney’s Early Morning Riser. I love her and read everything she writes. No one else can nail a character in a quick phrase like she can.

MOF: Can I have a few? Where the Wild Things Are (see above), The Tiger Who Came to Tea, Jon Klassen’s I Want My Hat Back (absolute genius), Klassen and Barnett’s Extra Yarn (double genius), Beatrix Potter’s Tale of the Two Bad Mice (theft, regret, and redemption), Tove Jansson’s Moomin books, especially Moominland Midwinter, and Pippi Longstocking, because she is the greatest role model ever: freedom, cooking, bravery, fun, and holey socks. What could be better?

Born in Northern Ireland in 1972, Maggie O’Farrell grew up in Wales and Scotland. She is the author of eight novels: After You’d Gone (winner of the Betty Trask Award); My Lover’s Lover; The Distance Between Us (recipient of a Somerset Maugham Award); The Vanishing Act of Esme Lennox; The Hand That First Held Mine (winner of the Costa Book Award); Instructions for a Heatwave; This Must Be the Place; and Hamnet, which won the Women’s Prize for Fiction and the National Book Critics Circle Award. She has also written a memoir, I Am, I Am, I Am: Seventeen Brushes with Death, and a picture book for children, Where Snow Angels Go. She lives in Edinburgh. 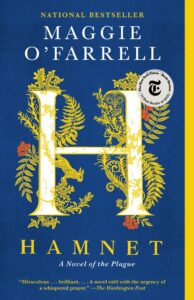