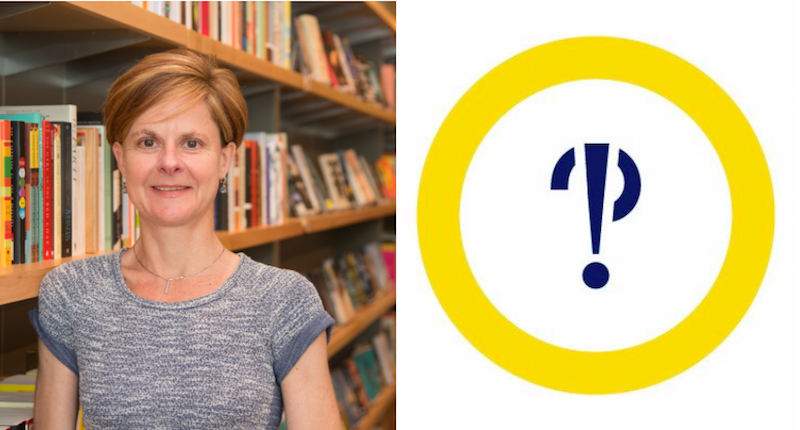 "Critics have a duty, first and foremost, to help readers discover good books."

This week we spoke to critic, bookseller, and NBCC board member Lori Feathers. 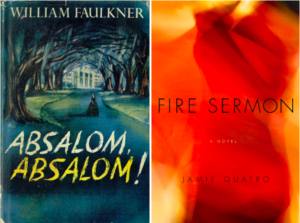 Lori Feathers: William Faulkner’s Southern gothic masterpiece, Absalom, Absalom! I re-read it every few years. The protagonist, Thomas Sutpen, is one of my favorite literary characters: his megalomania and force of will are breathtaking, reminiscent of Moby Dick‘s Captain Ahab, but to an even greater degree. Stylistically the novel is brilliant with its mosaic of voices and the way that Faulkner illuminates how personal histories are creations, less drawn from fact than by how we talk about ourselves and each other. The story is thrilling, and the race and class divisions at its core, sadly, are relevant still.

LF: I want everyone to read Jamie Quatro’s magnificent first novel, Fire Sermon, which was published earlier this year (and follows her imaginative and accomplished 2013 story collection, I Want to Show You More). The narrator, Maggie, is a religious scholar and amateur poet who struggles to reconcile a deep religious faith with her sexual lust and marital infidelity. Quatro’s writing is visceral and brings to light the layered complexity and contradictions of Maggie’s mind. It is rare to find a philosophical novel so gripping.

LF: That we take ourselves and the practice of criticism too seriously. To paraphrase the writer Randall Jarrell, a critic is nothing more than a reader who is able to show others what she saw when she read a work. Book criticism should inspire readers to read widely, curiously, enthusiastically, and without inhibition. Critics have a duty, first and foremost, to help readers discover good books. This does not mean searching for something nice to say about every book but instead, exploring what a book is trying to do and making a direct, honest assessment as to whether the author succeeded or failed in her intention.

LF: Overall, I think for the better. While there are significant downsides to the dwindling resources allocated to print, social media rapidly and irrevocably democratized who writes criticism and what books get coverage. There is so much more opportunity today to discuss the kinds of books that have been marginalized historically-small presses, translations, queer and transgendered authors, etc. Also, because critics and media seem to privilege shiny, new publications, blogs and electronic media facilitate discussion of older, overlooked works that deserve our attention.

LF: I learn so much about the craft of criticism by reading the work of my favorite critics such as Eileen Battersby at The Irish Times, Sam Sacks at The Wall Street Journal, and, James Wood at The New Yorker, to name a few. Their writing demonstrates the skills essential for good criticism: curiosity, deep observation, and sharp, discerning opinion.

Lori Feathers is a freelance book critic who lives in Dallas, Texas. She is the creator and author of Words Without Borders‘ regular feature, “Best of the B-Sides.” Lori is a board member of the National Book Critics Circle, and her work has appeared in several online and print publications including The Los Angeles Review of Books, Words Without Borders, The Rumpus, Full Stop, World Literature Today, and Rain Taxi. She was a fiction judge for the 2017 and 2018 Best Translated Book Awards. Lori co-owns Interabang Books in Dallas, where she works as the store’s book buyer.