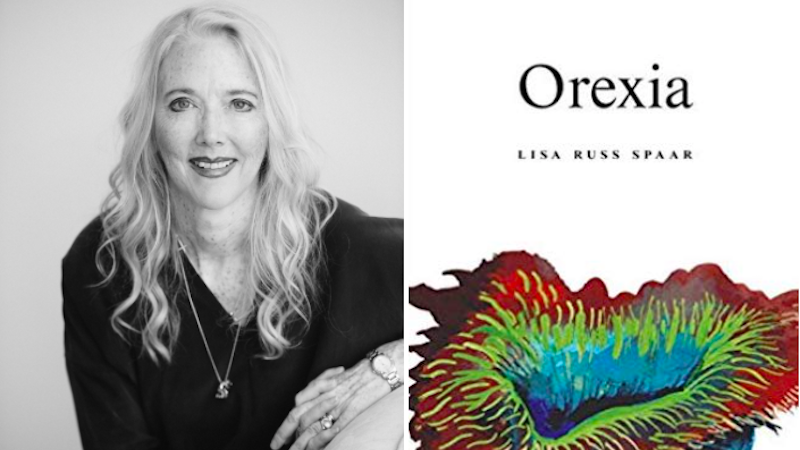 "The best critical writing comes from ardor—for reading, for books, for the risk, mystery, and gracious force that a text—a book of poems, a novel, a memoir—can be in the world."

This week we spoke to the award-winning poet, professor, and essayist, Lisa Russ Spaar. 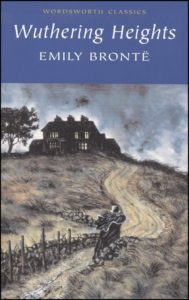 Lisa Russ Spaar: Wuthering Heights. Does everyone say this? We know that Emily Brontë quietly slipped into her lap-desk the negative, often outraged reviews of the novel that her sister Charlotte dutifully clipped for her from the newspapers of the day.  One presumes that Emily read and was not entirely indifferent to at least some of those responses, such as this one from Douglas Jerrold’s Weekly Magazine: “In Wuthering Heights, the reader is shocked, disgusted, almost sickened by details of cruelty, inhumanity and the most diabolical hate and vengeance.” Puzzled by the ambiguity of the gender of Ellis Bell, Emily’s nom de plume, even those critics who found the novel powerful were perplexed by its frank expressions of human brutality.   More often than not deemed vulgar and morally corrupt, Wuthering Heights was retitled “Withering Heights” by a critic in the New Monthly, and one reviewer speculated “how a human being could have attempted such a book as the present without committing suicide before he had finished a dozen chapters.” (I’m grateful to my often-read copy of Katherine Frank’s A Chainless Soul: A Life of Emily Brontë for providing easy access to these quotations.)

It may be this interest of mine in re-reading and re-reading again—in the long view of hindsight—that is one engine of my Second Acts series for the Los Angeles Review of Books, which pairs a recently published second book of poems with a second book published 20 or more years ago. I like being able to shed light on work that may have been forgotten or overlooked by readers, but I also relish being able to revisit my own, earlier perceptions of a given work with a fresh perspective.

LRS: This wonderful opportunity has me thinking about what “unheralded” might mean right now. What gets noticed and reviewed in the “big” places remains something of a mystery to me, though I’m grateful, as a reader, that novels, memoirs, and even books of poems still get seriously reviewed in prestigious, widely circulated venues. But few even very, very fine poets and prosers can hope for that kind of attention, and so it is in smaller, discerning journals and literary magazines—print and on-line—that I often find eloquent reviews of new and familiar writers. A friend of mine, whose fifth book of poems quietly appeared earlier this year from the prestigious poetry publisher Louisiana State University Press, said that he was more heartened by a long, deep, and thoughtful meditation on his book offered, sotto voce, to him by a fellow parishioner in the hallway outside the men’s room at his church than he was disheartened by the lack of any wide public notice of the book’s appearance.

Still, let me offer a short list of recent titles. I wouldn’t call any of these books entirely “unheralded,” but they all deserve a wide readership: Jane Alison, Nine Island; Stephen Cushman, Hothead: A Poem; Kyle Dargan, Anagnorisis; Gabriel Fried, The Children are Reading; and Carol Muske-Dukes, Blue Rose.

LRS: Perhaps, among those who aren’t in the know, the greatest misconception about book critics is that they are in it for the big bucks or to wield some kind of power or fulfill an agenda (or, ha-ha, a vendetta). My sense is that the best critical writing comes from ardor—for reading, for books, for the risk, mystery, and gracious force that a text—a book of poems, a novel, a memoir—can be in the world.

LRS: There are many overly simplified things that might be said in response to this relevant question. For example, while recently cleaning up an “accident” left by my dog (a turd quite deftly dropped on a copy of Virginia Woolf’s The Waves, a favorite book of mine, left on the floor beside my desk), I thought, ah, so everyone’s a literary critic. Social media certainly has made the process of reviewing, criticizing, and self-promotion less hierarchical, more accessible and democratic, if you will, and this is a good thing in many ways. It allows writers to drop and tweet their own work to legions of fans without intermediary middle-persons and without waiting for reviews. (I remember distinctly the one day a couple of years back when nearly every one of my students, current and past, was crushing on Ocean Vuong). There’s a velocity to how works of literature are now “liked,” and why, and by whom, that is exciting to witness.

LRS: My hands-down favorite living critic is the poet and essayist Ron Slate, who for years has maintained an exciting on-line forum On the Seawall, a website which has not only featured reviews by a great many other reviewers, but which has allowed Ron himself to bring to light—through his own perspicacious, eloquent examinations of all manner of books (novels, poetry, hybrid texts, art books, cultural studies, history texts)—an aesthetically and demographically diverse array of writers, every one of them lucky to have been considered by this inimitable reviewer. Each of Ron’s essays is a treasure trove of information and illumination.

Luckily for readers, On the Seawall is about to evolve into a full-fledged on-line magazine, what Ron himself has called “a community gallery for new writing, commentary and art during a time of emergency. (It is always a time of emergency.)” I try to read everything that Ron writes, and I encourage others to seek out On the Seawall in its new iteration (the launch is in October) and do the same.

Lisa Russ Spaar is the author of many collections of poetry, including Glass Town (Red Hen Press, 1999), Blue Venus (Persea, 2004), Satin Cash (Persea, 2008), Vanitas, Rough (Persea, 2012), and Orexia (Persea, 2017). She is the editor of Monticello in Mind: Fifty Contemporary Poems on Jefferson, Acquainted with the Night: Insomnia Poems, and All that Mighty Heart: London Poems. A collection of her essays, The Hide-and-Seek Muse: Annotations of Contemporary Poetry, was published by Drunken Boat Media in 2013. Her awards include a Guggenheim Fellowship, a Rona Jaffe Award, the Carole Weinstein Poetry Prize, an All University Teaching Award, an Outstanding Faculty Award from the State Council of Higher Education for Virginia, the Library of Virginia Award for Poetry, and the 2013-2014 Faculty Award of the Jefferson Scholars Foundation. Her poems have appeared in the Best American Poetry series, Poetry, Boston Review, Blackbird, IMAGE, Paris Review, Ploughshares, Slate, Shenandoah, The Kenyon Review, Virginia Quarterly Review, and many other journals and quarterlies. She was short-listed for the 2015 National Book Critics Circle Award for Excellence in Reviewing, and is Professor of English and Creative Writing at the University of Virginia.