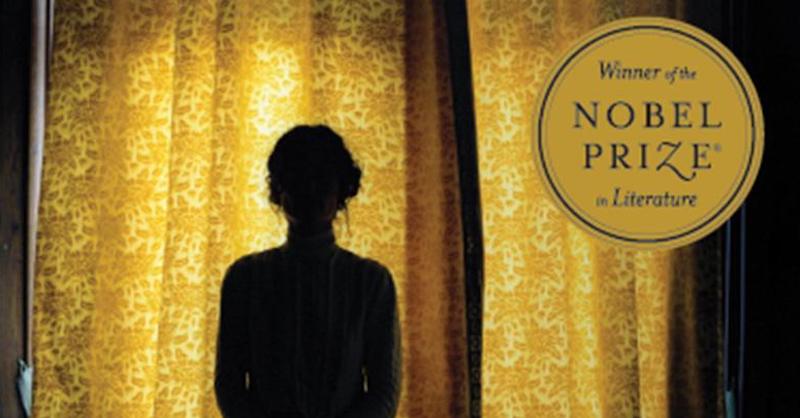 Life is Heartbreak: Joyce Carol Oates on Alice Munro's The Progress of Love 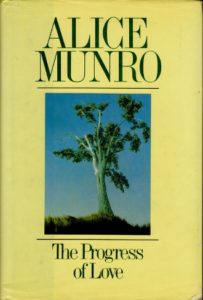 “Isn’t it true that all the people I know in the world so far are hardly more than puppets for me, serving the glossy contrivings of my imagination?”

“Storytelling is shaped by two contrary, yet complementary, impulses—one toward brevity, compactness, artful omission; the other toward expansion, amplification, enrichment. The one, practiced most scrupulously, yields ever briefer and ever more abstract or parablelike fictions; the other, of course, yields the novel or the epic. Some storytellers experiment endlessly while others, having found their voices early on, and having developed (or appropriated) the most pragmatic structures to contain them, are content to work in more or less the same tradition throughout their careers. When the work is good no one is likely to lament the writer’s lack of interest in experimentation. When the work is very good no one is likely even to notice it. 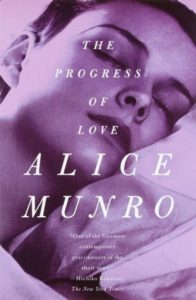 “Like her similarly gifted contemporaries Peter Taylor, William Trevor, Edna O’Brien and some few others, the Canadian short-story writer Alice Munro writes stories that have the density—moral, emotional, sometimes historical—of other writers’ novels. As remote from the techniques and ambitions of what is currently known as ‘minimalist’ fiction as it is possible to get and still inhabit the same genre, these writers give us fictitious worlds that are mimetic paradigms of utterly real worlds yet are fictions, composed with so assured an art that it might be mistaken for artlessness. They give voice to the voices of their regions, filtering the natural rhythms of speech through a more refined (but not obtrusively refined) writerly speech. They are faithful to the contours of local legend, tall tales, anecdotes, family reminiscences; their material is nearly always realistic—’Realism’ being that convention among competing others that swept all before it in the mid and late 19th century—and their characters behave, generally, like real people. That is, they surprise us at every turn, without violating probability. They so resemble ourselves that reading about them, at times, is emotionally risky. Esthetically experimental literature, while evoking our admiration, rarely moves us the way this sort of literature moves us. 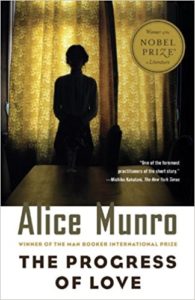 “From the start of her career in 1968 with the Canadian publication of the short-story collection Dance of the Happy Shades (published in the United States in 1973) through Lives of Girls and Women, Something I’ve Been Meaning to Tell You, The Beggar Maid, The Moons of Jupiter and this new collection, The Progress of Love, Alice Munro has concentrated on short fiction that explores the lives of fairly undistinguished men and women—but particularly women—who live in southwestern rural Ontario. When her characters move elsewhere to live, to British Columbia, for instance, like the couple whose precarious marriage is explored in ‘Miles City, Montana,’ it is still Ontario that is home. (But: ‘When we said ‘home’ and meant Ontario, we had very different places in mind.’) Though Ms. Munro’s tonal palette has darkened considerably over the last 20 years, her fictional technique has not changed greatly, nor has the range of her characters. By degrees, of course, they have grown older. Their living fulfills the prophetic conclusion of a beautiful early story, ‘Walker Brothers Cowboy’ (from Dance of the Happy Shades): ‘I feel my father’s life flowing back from our car in the last of the afternoon, darkening and turning strange, like a landscape that has an enchantment on it, making it kindly, ordinary and familiar while you are looking at it, but changing it, once your back is turned, into something you will never know, with all kinds of weathers, and distances you cannot imagine.’

The most powerful of the 11 stories collected in The Progress of Love take on bluntly and without sentiment the themes of mortality, self-delusion, puzzlement over the inexplicable ways of fate. In ‘Fits’ it is observed that ‘people can take a fit like the earth takes a fit’ after an unaccountable murder-suicide has been discovered in a small rural town. (Indeed, ‘Fits’ would have made an excellent title for this collection.) The story yields its secrets slowly, with admirable craft and suspense: the surprise for the reader is that the ‘fit’ at its core is less the sensational act of violence than a woman’s mysteriously untroubled response to it. 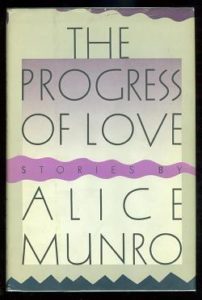 “In one of the collection’s finest stories, The Progress of Love, the daughter of a woman who sacrificed both herself and her children to presumably Christian ideals of integrity chooses deliberately not to believe in those ideals, or to marry conventionally as her mother had done; she becomes, in fact, a real estate agent, selling off the old houses and farms that made up the world of her youth. Long divorced, alone but not really lonely, Euphemia—who calls herself Fame—seeks moments of ‘kindness and reconciliation’ rather than serious love; she wonders ‘if those moments aren’t more valued, and deliberately gone after, in the setups some people like myself have now, than they were in those old marriages, where love and grudges could be growing underground, so confused and stubborn, it must have seemed they had forever.’ But without the old marriages and all that they yielded of sorrow, repression, loss, romance—what remains? Fame’s love affairs are affairs merely, matters of convenience. To celebrate birthdays ‘or other big events’ she goes with friends from work to a place called the Hideaway where male strippers perform. (While Ms. Munro’s Ontario countryside has come to bear a disconcerting resemblance to Andrew Wyeth’s stark, bleached-out, clinically detailed landscapes, her small towns have been tawdrily transformed – dignified old country inns recycled as strip joints, convenience stores stocked with video games: ‘jittery electronic noise and flashing light and menacing, modern-day, oddly shaved and painted children.’) 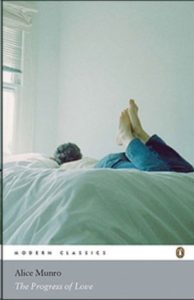 “More than The Beggar Maid and The Moons of Jupiter, the two story collections preceding this one, The Progress of Love does contain less fully realized stories. So thinly executed is ‘Eskimo’ that it reads like an early draft of a typically rich, layered, provocative Munro story: its male protagonist is offstage, its female protagonist senses, or imagines, a psychic kinship with a young Eskimo girl she tries to befriend on an airplane flight, but their encounter comes to nothing and the story dissolves in a self-consciously symbolic dream. ‘Miles City, Montana’ recounts a child’s near-drowning but fails to integrate the episode with what precedes and follows it, and ends with a rather forced epiphany … Even the weaker stories, however, contain passages of genuinely inspired prose and yield the solid pleasures of a three-dimensional world that has been respectfully, if not always lovingly, recorded. And Ms. Munro’s minor characters, though fleetingly glimpsed, are frequently the vehicles for others’ gestures of compassion and pity. The Progress of Love is a volume of unflinching audacious honesty, uncompromisingly downright in its dissection of the ways in which we deceive ourselves in the name of love; the bleakness of its vision is enriched by the author’s exquisite eye and ear for detail. Life is heartbreak, but it is also uncharted moments of kindness and reconciliation.”