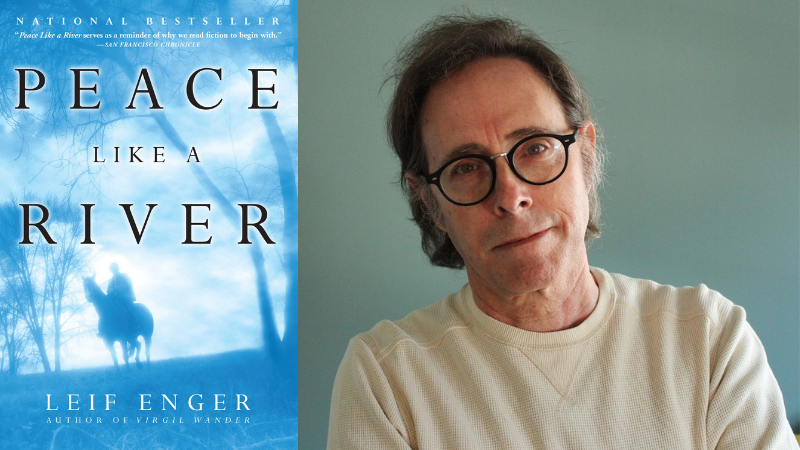 Leif Enger on Vesper Flights, Nick Hornby, and The Wind in the Willows

This week, we spoke to the author of Peace Like a River, Leif Enger.

Leif Enger: The Wind in the Willows—Kenneth Grahame. I was seven or eight and have been a Water Rat ever since.

LE: Right now that would be Old School by Tobias Wolff. That narrator—so generous and striving and unsparing of himself—wins me every time.

LE: I loved Sarah Moss’s novel Ghost Wall, about a family that attempts to reenact the lifestyle of Iron Age Britons. The short, visceral prologue tells you where it’s going, and the journey there is disturbing and compassionate.

LE: The new novel from Josh Ritter, The Great Glorious Goddamn of It All. It’s about a boy growing up in the last days of the logging camps, and it takes big swings on every page—made me think of Bret Harte, and Stephen Vincent Benet, and Bob Dylan.

LE: Helen MacDonald’s essay collection Vesper Flights—it’s gorgeously written, as you’d expect from the author of H is for Hawk. It had the immediate effect of making my own walks longer and slower, and my eyes sharper.

LE: Money by Martin Amis—a bookseller gave me this novel years ago, and I finally got round to it. The brutish pursuit of success at any cost is a recurring Amis theme, but never more bitterly funny than here.

LE: Anything by Nick Hornby. About a Boy, High Fidelity, take your pick, Hornby is as comic and sly as anyone in delivering the message that everyone we meet is fighting a great battle and deserves our patience and civility.

LE: I want to give The Memory Police, Yoko Ogawa’s great 1994 novel, to everyone I know.

LE: The Idiot by Fyodor Dostoyevsky.

Leif Enger was raised in Osakis, Minnesota, and worked as a reporter and producer for Minnesota Public Radio before writing his bestselling debut novel Peace Like a River, which won the Independent Publisher Book Award and was one of the Los Angeles Times and Time magazine’s Best Books of the Year.  He is also the author of So Brave, Young, and Handsome and Virgil Wander. He and his wife Robin live in Minnesota. 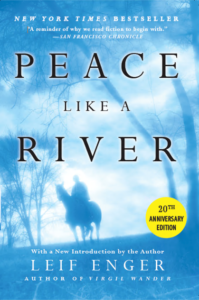