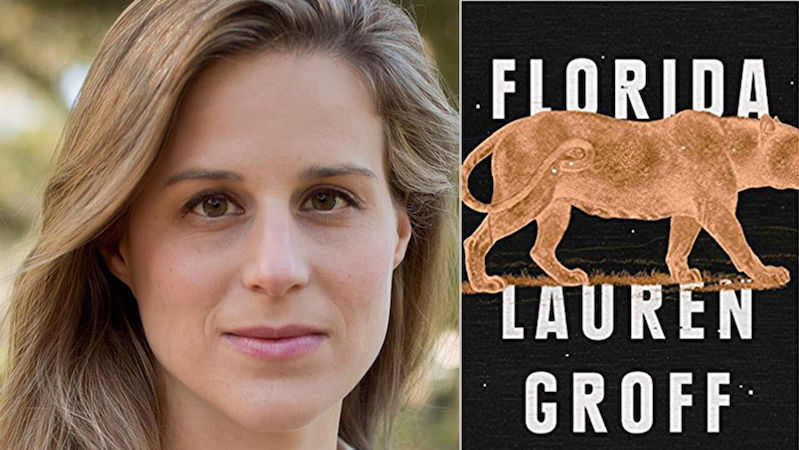 "An immersive experience into the beauty and awfulness of Florida"

Congratulations to Lauren Groff, whose latest short story collection took home the prestigious Story Prize for short fiction at the New York ceremony last night. Florida, a series of menacing and evocative tales set in the Sunshine State which was also a finalist for the 2018 National Book Award, was selected over Jamel Brinkley’s A Lucky Man and Deborah Eisenberg’s Your Duck Is My Duck. Judges praised Groff’s collection as an “immersive experience” into the “beauty and awfulness” of Florida.

Below, you’ll see what some of America’s top critics had to say about this wondrous collection.

“Groff bestows the tales of threatened kids with the surreal sheen of fairy tales … The stories that remain in the safety of the upper middle class are weaker and tend to run together, like outtakes from an unfinished longer project. They share a wry, elliptical voice like that of Rachel Cusk, whose work often springs from a similar autobiographical bent … While these stories don’t always achieve the psychological depth of Groff’s novels, there’s serious pleasure to be had in her precise descriptions of landscape … Her characters may complain, but Groff is clearly drawn to the state’s bizarre lushness. With this collection she stakes her claim to being Florida’s unofficial poet laureate, as Joan Didion was for California.”

“Groff’s environment is so sentient it seems to breathe; smells are ‘exhaled into the air: oak dust, slime mold, camphor.’ But her characters are passive, watchful, having long ago learned the futility of fighting the elements. Florida, in Florida, is more than a state. It’s a state of mind. It’s an encumbrance, drowning bodies in humidity. It’s a violent partner, constantly erupting … As a collection, Florida is as eerie and ominous as it’s exquisite … Existential anxiety pervades the collection … And yet Groff provides occasional flashes forward that stave off despair, giving some reassurance that a few souls might make it after all … Groff’s stories, turbulent and enthralling, are…’dazzled by the frenzied flora and fauna’ of Florida, hyperalert to its dangers, and charged by its vitality.”

“In this superlative collection—seriously, there’s not a dud in the bunch—Florida is a ‘damp, dense tangle. An Eden of dangerous things.’ It also becomes a stand-in for everything from the class divide to an uncaring universe to environmental collapse to personal entropy to the glory of the natural world … In lieu of an omniscient commentariat, Groff proffers events so terrifying as to be almost supernatural. Waters churn. Houses collapse. Antediluvian horrors prowl the dark. Such threats require her characters to confront the truth of their existence … With this book, Groff has joined the annals of great 21st century Florida fiction: Karen Russell’s Swamplandia, James Hannaham’s God Says No, and John Brandon’s Citrus County. Having followed an astonishing, astonishingly accessible novel with such an outstanding, accessible collection, Groff is surely poised to topple the tiny monkeys in charge of deciding that the perceived realm of the feminine isn’t sufficiently deep.”

“‘An Eden of dangerous things.’ Those last two lines sum up the Florida that provides the setting for most of these 11 finely crafted stories. Groff isn’t much interested in the beaches and theme parks; she’s focused on life beyond the boundaries, physical and emotional. Paradise is no paradise without peril, so every garden must have its snake — especially in Florida … Some of the stories focus on other characters. ‘At the Round Earth’s Imagined Corners’ is a virtuoso performance, a man’s life story with as much plot and detail packed into its 15 pages as you’ll find in many novels … Groff is adept at portraying people in desperate straits, recounting how their humanity is stripped away — but not entirely.”