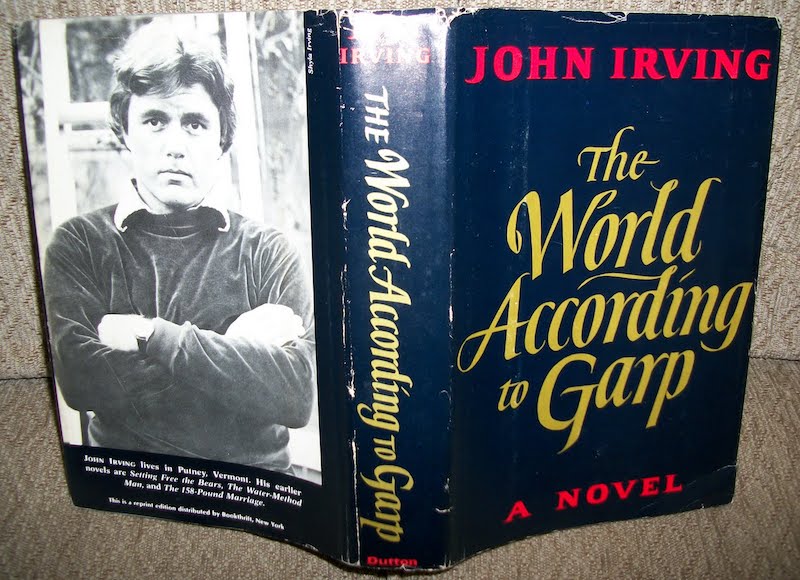 Laughing at the Damndest Things in The World According to Garp 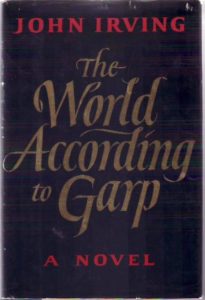 In the world according to Garp, we are all terminal cases.

“This is not going to be easy to explain. At the climax of John Irving’s fourth novel, The World According to Garp, a truly horrifying automobile accident occurs. Bones are broken, flesh is torn, eyes are put out, and appendages are severed. It is highly realistic, too, in order to explain exactly how it happens, one would have to sum up dozens of plot details, all the way down to why the knob on a Volvo’s gear shift happens to be missing.

Moreover, at the point in the story when the accident occurs, we have grown extremely attached to the characters involved—who are T.S. Garp, the writer-protagonist of the story; Helen, Garp’s English professor-wife; their two sons, 10-year-old Duncan and 5-year old Walt; and a graduate student with whom Helen is having an affair. Yet one of our reactions to this catastrophe is to burst out laughing. There we are, numb with shock and sick with concern, and suddenly we are laughing. And not feeling all that guilty about doing so either.

It is not the first time we have laughed for what seem to be inappropriate reasons, nor will it be the last. In fact, we find ourselves laughing throughout The World According to Garp, and at some of the damndest things. We laugh at Garp’s father, Technical Sergeant Garp (hence his son’s name, T.S. Garp), who takes shrapnel in the brain during World War II and dies of regressive infantilism. We laugh at Garp’s mother, Jenny Fields, who becomes a feminist leader simply because she prefers to live without men. We even laugh at a group of Jenny’s followers, the speechless Ellen Jamesians, who have mutilated themselves out of sympathy for Ellen James, a 10-year-old girl who has been raped and had her tongue cut out. 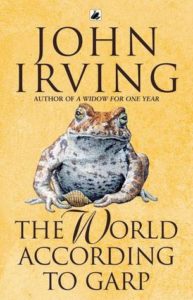 “I know. Rape and mutilation aren’t the least bit funny. Nor are brain damage and automobile collisions. Nor, for that matter, is a former tight end for the Philadelphia Eagles named Roberta Muldoon who has given up professional football to become a transsexual. Nor is the ‘First Feminist Funeral,’ held for Garp’s mother after she has been assassinated by a crazed anti-feminist deer hunter, which funeral Garp attends in drag because no men are to be admitted, and then gets mugged at when he is recognized by the younger sister of a former girl friend. At least these things oughtn’t to be funny. Still, the way that Mr. Irving writes about them, they are. They way he filters them through his hero’s unique imagination, we not only laugh at the world according to Garp, but we also accept it and love it.

How can this be? How does Mr. Irving pull it off in what is easily his best novel to date?

“The World According to Garp, for all its realism, is not a realistic novel. It is a novel about a writer writing novels—or, more precisely, about the way a sensitive human being communicates his response to reality through the stories he makes up. And though extreme and violent things do seem to be happening around Garp, they can be read as the objective correlatives of Garp’s rather fervid imagination. 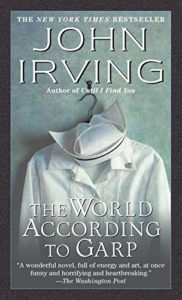 “However you see it, between the imagined event and mundane reality that inspired its invention, there is room for laughter. What is ultimately funny about The World According to Garp is not the events themselves, but the imagination that is inventing them.

Not that the world Garp imagines is any more extreme than the one the reader knows in reality that our responses to that world are any less absurd than Garp’s. It’s just that we don’t normally make the connections that Garp does. If we could only see ourselves as Garp sees his characters, our world might seem funny too, even though it is filled with assassinations and rapes and maimings. What Mr. Irving has done is to take such extremes and treat them as if they were domestic routines. As the novel concludes, ‘. . . in the world according to Garp, we are all terminal cases.’ If we could so consistently see ourselves as terminal cases, we too might joke about and laugh at our tragedies.”