Knives Without Handles: On the Stories of Flannery O'Connor 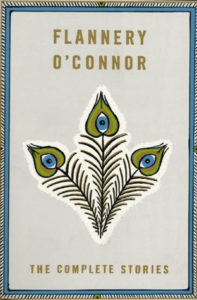 “She would’ve been a good woman,” said The Misfit,

“if it had been somebody there to shoot her every minute of her life.”

“Since the stories here include the original openings and other chapters of her two novels Wise Blood and The Violent Bear It Away and since stories were more natural to her than novels, we do have almost all of Flannery O’Connor ‘complete’ here. Especially when you reflect that the driving characteristic of her style, her mind, her particular faith, was to find people ‘complete’ in the smallest gesture, or in a moment’s involuntary action that could decide a life forever.

She could put everything about a character into a single look, everything she had and knew into a single story. She knew people with the finality with which she claimed to know the distance from hell to heaven. For her, people were complete in their radical weakness, their necessarily human incompleteness. Each story was complete, sentence by sentence. And each sentence was a hard, straight, altogether complete version of her subject: human deficiency, sin, error—ugliness taking a physical form.

Completeness is one word for it; relentlessness, unsparingness would be others. She was a genius. A mark of nongenius in story telling is to be distracted, to hint there are things to say that the author will get down to someday. Nongenius is nonconcentrating, and no matter how nasty it may be to people in the story, it is genial to itself. There is laxness in the air, self?conscious charm, a pensive mood of: What should come next? O’Connor, as I must call her, was in story after story all there, occupying the mind and the whole life of a character who was as solidly on the page as if impaled on it. Her people were wholly what they were, which wasn’t much in ‘humane’ terms. But they were all intact of themselves, in their stupidity, their meanness, their puzzlement, their Southern ‘ruralness.’ The South was her great metaphor, not for place but for the Fall of Man. Life for O’Connor was made up of absolutes; people were absolute, sharp, knives without handles. 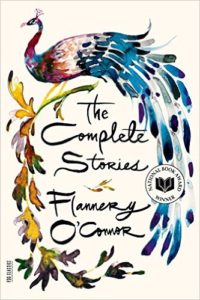 “The people were complete because the reader, not they, know all about them. They were nothing but their natures, and since there was nothing to life but people’s natures, this made life moral. O’Connor’s sentences, as ruthless as Stephen Crane’s but less literary, always more objective than Hemingway’s at his would?be toughest, measured like a rule, and came down flat. People in her stories are always at the end of their strength. They are at the synapse between what they are (unknown to themselves) and what they do. And these synapses, these flashes of connection, are so ‘complete,’ immediate, right, irreversible, that a particular feature of O’Connor’s style is that a sentence is exact—not showily, as is the nature of rhetoric, but physically, the way different parts of a body fit each other. No one ever wrote narrative with more secret cunning, coming up with the minute differences that excite us in reading and cause us to respond. Yet no one ever wrote less ‘beautifully’ in the contemplative, lyric Hemingway fashion. She was more devoted to the synonym than to the metaphor, for what she saw was the non?human that people always reminded her of. 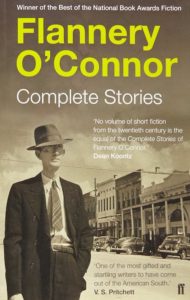 “…there was an unreal and even comic gentility to her upbringing in Milledgeville that must have given O’Connor a wry sense of her aloneness as a woman, artist and Southerner who happened be Irish Catholic.

On the other hand, she was so locked up in her body that one can understand why life as well as her faith made her think of ‘this is my body, this is my blood.’ She touched the bone of truth that was sunk in her own flesh. Thus she lost herself in a story. And this was grace. Reading her, one is aware above all of a gift blessedly made objective, a giftedness reading the world. Words became true in her dramatic world, in action, gesture, death. That too was completeness of a kind, resting its weight perfectly in story after story. But fiction depended for her on an unyielding sense of our limits, and the limits could be raised only by death.”