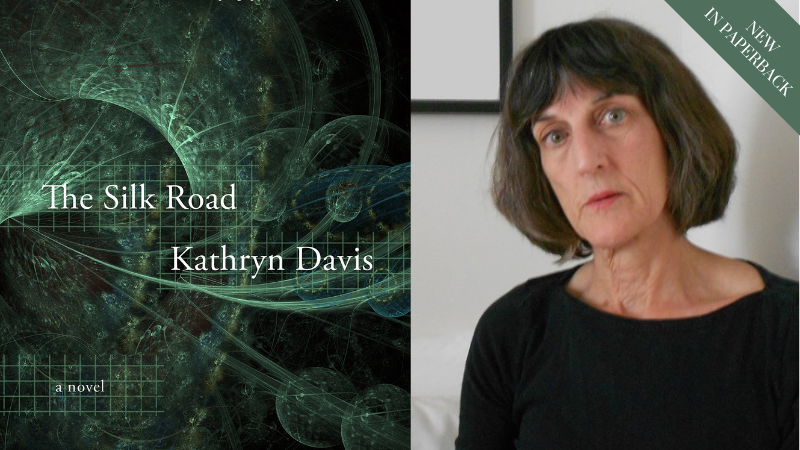 Kathryn Davis on Alice in Wonderland, National Velvet, and The Third Policeman

Rapid-fire book recs from the author of The Silk Road

This week, we spoke to the author of The Silk Road (out now in paperback), Kathryn Davis.

KD: The best re-reads are the ones where the original reading of the book occurred a very long time ago, making it possible to chart the changes in yourself with each subsequent reading. I first read Wuthering Heights as a humorless preteen and fell madly in love with Heathcliff, totally oblivious to Brontë’s wicked sense of humor. “Ah, your favourites are among these?” the hapless narrator says to his hostile hostess, indicating “an obscure cushion full of something like cats,” that turn out to be a heap of dead rabbits.

KD: It’s been my mission to give friends—especially male friends—a copy of National Velvet, a vastly under-appreciated novel by Enid Bagnold, a vastly under-appreciated writer. It used to be young girls in the throes of pre-pubescent horse lust read National Velvet and boys their age didn’t know of the book’s existence, except insofar as it was about a horse, that third party in many pre-pubescent love triangles. Almost no one remembers it is Velvet’s mother, Mrs. Brown, an “enormous woman who had once swum the Channel,” who is the beating heart of this quietly feminist story.

KD: The Angel and the Sailor by Calvin Kentfield.

KD: We read Bernard Malamud’s The Natural in tenth grade English class and I was enraptured by the way the Fantastic seemed to erupt organically within an otherwise realistic world. Plus I’ve always been a big baseball fan.

KD: Mister Dog: The Dog Who Belonged to Himself by Margaret Wise Brown.

KD: Storm by George R. Stewart. This one’s a re-read—the biography of a storm named Maria. I came upon it long ago in my parents’ bookcase (I think it had been a Book of the Month Club selection) and loved it so much I immediately read the sequel, Fire, which was right next to it in the bookcase. Storm has just been reissued by NYRB—let’s hope they do the same for Fire.

Kathryn Davis is the author of eight novels, the most recent of which is The Silk Road (2019). Her other books are Labrador (1988), The Girl Who Trod on a Loaf (1993), Hell: A Novel (1998), The Walking Tour (1999), Versailles (2002), The Thin Place (2006) and Duplex (2013). She has received a Kafka Prize for fiction by an American woman, both the Morton Dauwen Zabel Award and the Katherine Anne Porter Award from the American Academy of Arts and Letters, and a Guggenheim Fellowship. In 2006, she won the Lannan Foundation Literary Award. She is the senior fiction writer on the faculty of The Writing Program at Washington University.