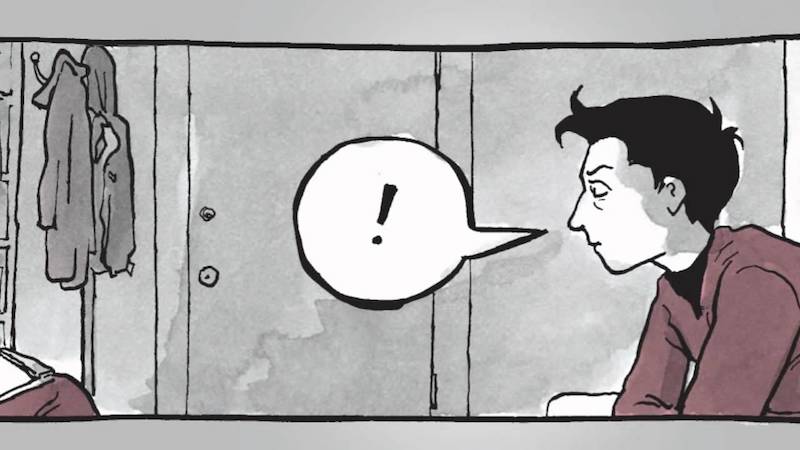 The late Geek Love author on Bechdel's 2012 graphic memoir Are You My Mother? 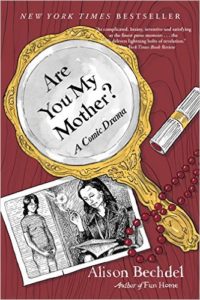 In this pause, I suddenly saw something very clearly.

Whatever it was I wanted from my mother was simply not there to be had. It was not her fault.

And it was therefore not my fault that I was unable to elicit it.

“Lacking Fun Home‘s high profile melodrama, Are You My Mother? is all the more erudite, subtle and charming. Its cool, elegant drawings are rendered in black, white and many shades of gray. Decades of drawing a syndicated comic strip have distilled Bechdel’s skills to depict mood, thought and event in the shifting body language of her figures. But here the images have become more complex and visually interesting. While this book is definitely written, the drawings and the text are inextricable and mutually illuminating.

“Bechdel’s approach is a fast and lucid stream of consciousness, an all-engulfing network of thought. She roams from phone conversations with her mother — which she transcribes as they take place — to her own love life, her ongoing psychoanalysis, and the intense process of creating both this book and Fun Home. She does it with deadpan self-mockery and intriguing historical, literary and psychological detours. I’d be hard-pressed to define a plot, but there’s a whole lot of story going on. 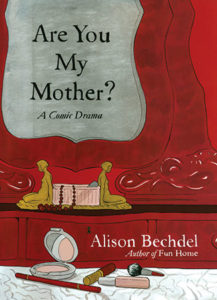 “Bechdel’s title brings to mind the 1990 toddler’s pop-up book by Carla Dijs called, Are You My Mommy? That opus involves a confused chick going from beast to beast asking that question. The cow, pig, etc. each explain why they are not the chick’s mother, thus defining not only themselves but the chick and its mother. When the fuzzy one finally meets the hen, parent and child recognize each other.

The echo in Are You My Mother? may be coincidence. But, by the internal evidence, Bechtel is capable of infernal ingenuity and the wryest of pranks, so I choose to think it is deliberate.

“In late-night stalking of city streets, in old letters and news items, in memories and postulations and dreams, the functional tumult of Bechdel’s creating mind is revealed.

This is not a conventional structure. It is intellectual and emotional — one often disguised as the other — more than physical or even temporal. But the narrative torrent has genuine power. We come to know these two dynamic and vulnerable women. We root for them to recognize each other. When at last the analytical Mother, reading chapters we’ve already read, decides, ‘It coheres … It is a Meta Book,’ we celebrate.”