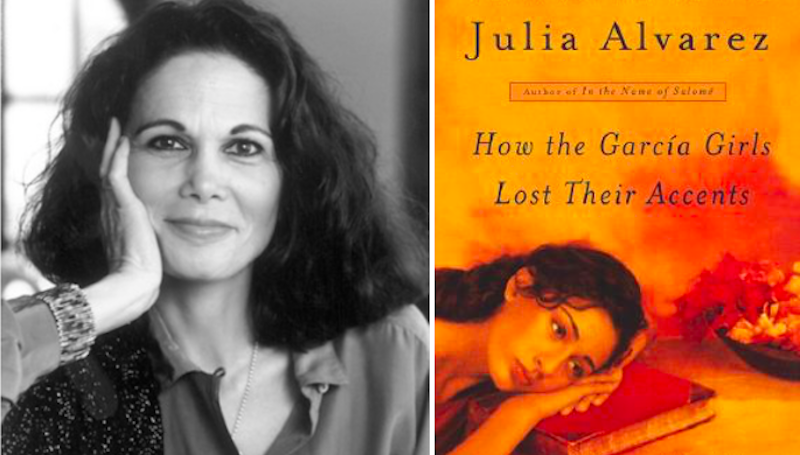 A look back at three of the first reviews of Alvarez's beloved 1991 debut novel, How the Garcia Girls Lost Their Accents 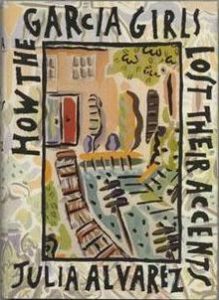 “There are still times I wake up at three o’clock in the morning and peer into the darkness.

At that hour and in that loneliness, I hear her…”

“The novel becomes more powerful with each passing chapter as it moves backwards in time toward their early life in America and on the island. Here is the real heart of the story—not so much what they became, but where they came from.

A chapter where the doctor and his wife, newly arrived in New York, take the four girls out to a nightclub called El Flamenco to meet old friends is particularly wonderful. You can see this place, its bright, gaudy floor show and unctuous waiters. The children are all dressed up for the occasion and we sense their pride in being in a Spanish restaurant: ‘Spanish was something other people paid to be around,’ they suddenly realize in a burst of positive identification.

There are other finely observed moments, such as when little Yolanda mistakes the snow outside her school window for the radioactive fallout she’s been warned about in civil defense drills, or the art lessons conducted by Dona Charito on Saturday mornings on the island.

But it’s the ending of the book which supplies the most powerful metaphorical image. Little Yolanda, still a child in the Dominican Republic, finds a black kitten in the coal-shed, too young to be taken from its mother. She snatches it anyway, and carries it to the house in her little toy drum, beating on the drum furiously to drown out the cries of the kitten.

Once in the house, she grows frightened and tosses the kitten out the window. Later she discovers it has disappeared. What has happened to the kitten? Yolanda never knows, and neither do we, except we understand that it has been wrested from one world while still too young, and cast out into another, much the way the Garcias are torn from their island and set lose in a foreign land.” 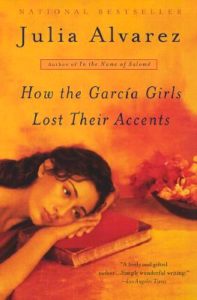 “Julia Alvarez has structured these yarns less like a novel than a tumultuous family get-together, full of warmth, laughter and bickering. The anecdotal style suits the subject nicely … In Alvarez’s competent hands, the Garcia sisters come across as charming, unshakable protagonists. There are no surprises, but plenty of comfortable insights and a good ear for the subtle language of family politics. The effect is like a long Sunday dinner with the entire family. It that automatically evokes your therapist’s phone number, then How the Garcia Girls Lost Their Accents might not be your idea of a good time. Otherwise the saga of the Garcia family, in Julia Alvarez’s prose, makes fine company.” 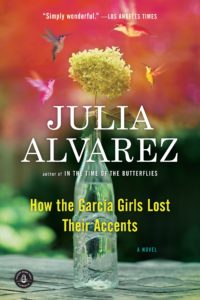 “…these 15 short tales, grouped into three sections, form a rich, novel-like mosaic. Alvarez, whose first fiction this is, has an ear for the dialogue of non-natives, and the strong flavors of Dominican syntax and cultural values permeate these pages. Many parallels may be drawn between these stories and Amy Tan’s The Joy Luck Club. Central to both are young, first generation American females in rebellion against their immigrant elders, and in both books the stories pile up with layers of multiple points of view and overlapping experiences, building to a sense of family myths in the making … This is an account of parallel odysseys, as each of the four daughters adapts in her own way, and a large part of Alvarez’s Garcia’s accomplishment is the complexity with which these vivid characters are rendered.”