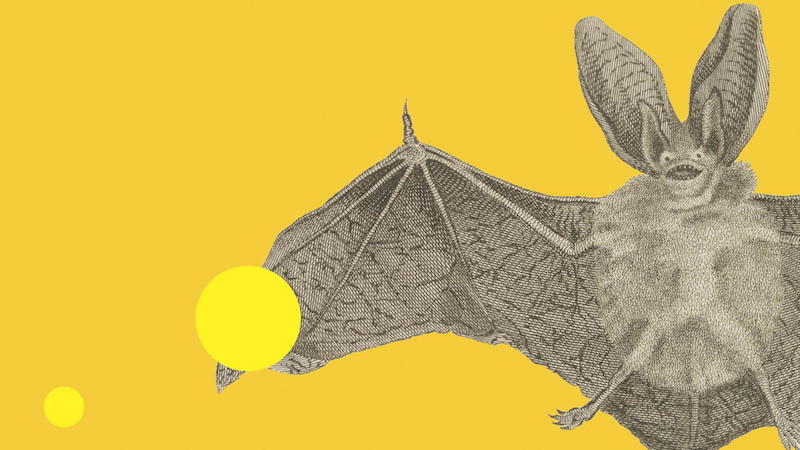 Joy Williams on the Grim Magic of Karen Russell's Stories 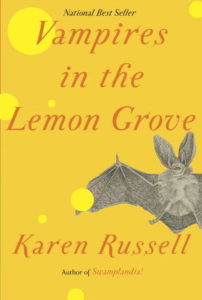 There is a loneliness that must be particular to monsters, I think, the feeling that each is the only child of a species. And now that loneliness was over.

“Start with a mustard seed of irrelevant fact. Rutherford Hayes’s wife, Lucy, was the first American president’s wife to be referred to as the first lady. Scribble this on a scrap of paper and present it to Karen Russell. Tell her she has to write a story about this old dead guy and reincarnate him as a horse. Give her a couple of pencils. Put her in a locked safe à la Houdini. Tie one arm behind her back. Give her the sniffles. Let her go after a modest interval and see what she comes up with: the hilarious, impossibly realized, even moving, story ‘The Barn at the End of Our Term.’

Or how about this? Instead of menses, drugged young girls in feudal Japan produce silk. We’d like 9,000 words, please. Blindfold Karen Russell. Make her compose wearing mittens, her only sustenance Red Bull and those little mandarin orange Cutie things. See what happens: the exquisite ‘Reeling for the Empire’ — first-rate, ­­­­elegant horror.

Vampires, krill, a stolen rabbit renamed Saturday: Russell will make magic of them all.

“Fiction is by definition unreal, and Russell takes this coldly awesome truth and enjoys fully the rebel freedom it confers.

The more uncanny the situation, the more sensibly it is described. 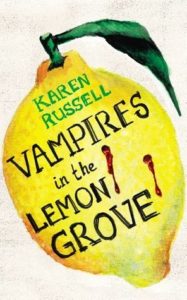 “But Russell is no coy or mannered mistress of the freaky. Much of the pleasure in reading her comes from the wily freshness of her language and the breezy nastiness of her observations. A bum has a long stirrup-shaped face and sprawls across his bench on a bed of newspapers like Cleopatra. The door knocker in an evil-looking yellow house is a filth-encrusted brass pineapple. Bats in a cave are ‘a chandelier of furry bodies, heartbeats wrapped in wings the color of rose petals or corn silk.’ A recently refurbished playground looks ‘like a madhouse. Padded swings, padded slides, padded gyms, padded seesaws and go-wheelies: all the once-fun equipment had gotten upholstered by the city in this red loony-bin foam.’

“A grim, stupendous, unfavorable magic is at work in these stories. They are not chicly ironic or satiric and certainly not existentially or ethically curious. The innocent do not fare well … Russell is always at her best fashioning rawly transfigured adolescents and animals…Adults in Russell’s worlds are non-­contenders. If they’re not evil, they’re hapless or uncomprehending or depressed. 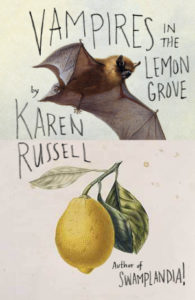 “In 2011, Russell published Swamplandia!, a novel that enjoyed considerable acclaim. It was literarily distinctive in several ways, not the least of which was its being a finalist for the Pulitzer Prize in the year that the board grumpily declined to bestow one. Her best work, however, remains for me that extraordinary debut collection, St. Lucy’s Home for Girls Raised by Wolves — 10 astonishments inimitable in style and execution. It would be hard to top St. Lucy’s, and Vampires doesn’t … The dangers that dwell in a good story collection are the occasional listless pup, the willing but weak sister. Readers may not notice overmuch. But Karen Russell has spoiled us. Her work has a velocity and trajectory that is little less than dazzling and a tough, enveloping, exhilarating voice that cannot be equaled. Sometimes not even by Karen Russell herself.”