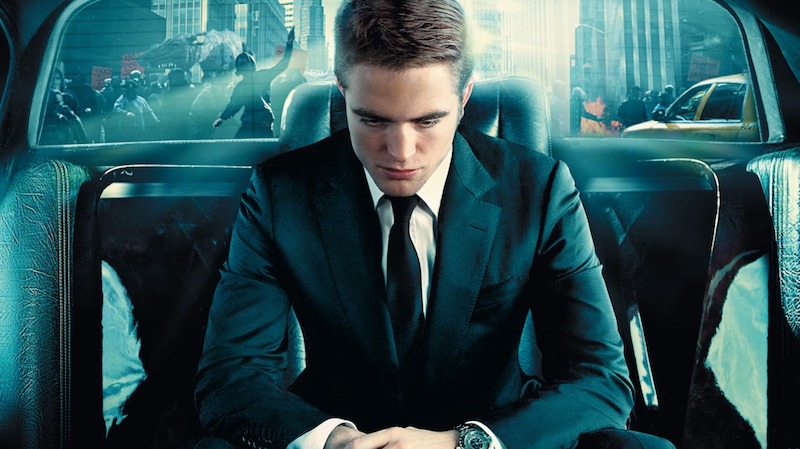 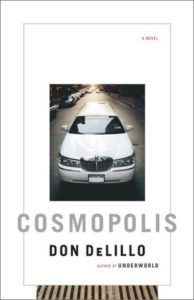 There are dead stars that still shine because their light is trapped in time.
Where do I stand in this light, which does not strictly exist?

“In a land of chunky, garish, anxiousto-please books, Don DeLillo’s thirteenth novel, Cosmopolis, is physically cool, as sleek and silver-touched and palely pure as a white stretch limo, which is in fact the action’s main venue.

“DeLillo’s post-Christian search for ‘an order at some deep level’ has brought him to global computerization: ‘the zero-oneness of the world, the digital imperative that defined every breath of the planet’s living billions.’

The limo, floored in Carrara marble, in its stop-and-go progress admits a coming and going of other passengers, including two advisers who advise Packer to bail out of the yen before he is ruined. Instead, the financier bails out of the limo for a number of quick trysts. 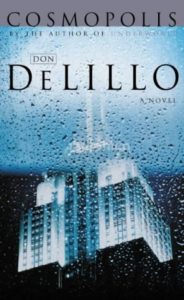 “This farce of extravagant wealth and electronic mysticism might feel more authentic from the pen of Kurt Vonnegut or that of Paul Auster, to whom Cosmopolis is dedicated. Nouveau roman meets Manhattan geography, under sci-fi moonlight. Vonnegut and Auster, however, keep on their fantastic plane undeviatingly, as if there were no other, whereas DeLillo gives signs of wanting to drop us down into the quotidian mundane, where we can be wounded. Though always a concept-driven writer, whose characters spout smart, swift essays at one another, he has shown himself—in large parts of Underworld, in almost all of White Noise—capable of realism’s patient surfaces and saturation in personally verified detail. His visionary side, fed by the bleak implausibilities of modern technology and tabloidized popular culture, has often enough enjoyed a counterweight of domestic emotion and common decency. 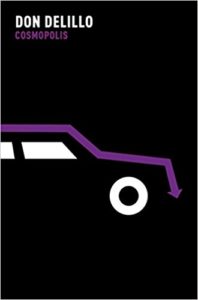 “DeLillo’s fervent intelligence and his fastidious, edgy prose, buzzing with expressions like ‘wave arrays of information,’ weave halos of import around every event, however far-fetched and random. But the trouble with a tale where anything can happen is that somehow nothing happens. How much should we care about the threatened assassination of a hero as unsympathetic and bizarre as Eric Packer? DeLillo has a fearless reach of empathy; in Mao II he tells us just what it’s like to be a Moonie, and how the homeless talk. But for what it’s like to be a young Master of the Universe read Tom Wolfe instead. DeLillo’s sympathies are so much with the poor that his rich man seems a madman.”