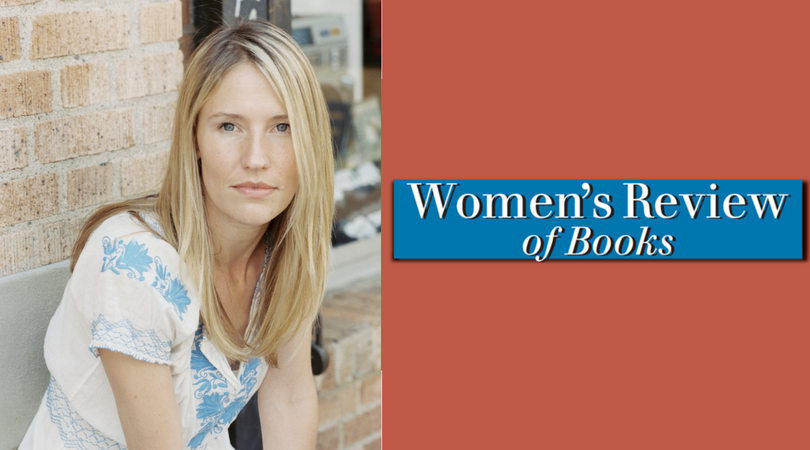 Jennifer Baumgardner on Feminism, Brontez Purnell, and Sticking With Print

"List-making and curation and pinning is not criticism"

This week we spoke to author and editor-in-chief of the Women’s Review of Books, Jennifer Baumgardner. 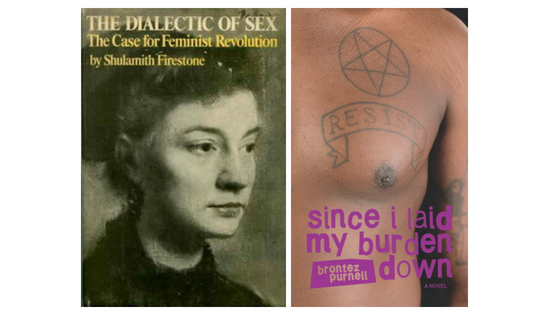 Jennifer Baumgardner: I’m going to go with The Dialectic of Sex: The Case for Feminist Revolution by Shulamith Firestone. It was originally published in 1970, the year I was born (along with so many other feminist things). Firestone was just 25 when she wrote it and everything about this book is bold. For instance, her argument improved (ahem) upon Freud and Marx, anticipated cyberculture and “It takes a village” ideas of communal care for children, and eviscerated traditional sex roles while making clear she desired involvement with men. To be sure, a lot of the text is dated, but her brash intellect is exciting to read still. If I had gotten to read it when John Leonard (who reviewed it for the Times) did, I believe I’d recognize, as he did, that it was a major work by a brilliant thinker.

JB: There are so many! Since I Laid My Burden Down, a novella by Brontez Purnell (Feminist Press), really stayed with me as I pondered whether men are allowed to show need and tenderness with one another. His is a very relaxed, unique, penetrating, but entertaining voice. I guess this next one wasn’t so overlooked, but one of the best books I’ve read all year was The Perfect Nanny by Leila Slimani (Penguin). It takes something horrifying—child murders by a caregiver—and makes it not just understandable but inevitable, to paraphrase a review I published of it in the Women’s Review of Books! I felt for every character—and saw myself in revealing, sickening ways in the dynamics of paid “care” that Slimani dramatizes.

JB: I say this as an editor: The biggest misconception about critics is that they know how to punctuate or choose to conform to any style manual. I spend a lot of time taking words out of all caps.

JB: Well, at Women’s Review of Books, social media hasn’t changed the ways of the publication at all, really, except that there are fewer ad dollars circulating. It’s a print review and has been for 35 years. We just polled subscribers and virtually all said that they might stop reading it if it wasn’t in print, so we are sticking with print! I’m 48 and the vast majority of my career has been with magazines, books, and newspapers. I am not particularly conversant in social media and I don’t have to be to edit the Women’s Review of Books. The biggest change I’ve noticed in the new media milieu, however, is how often lists pass as reviews. I get a ton correspondence from publicists informing me that a book was on the [YouNameitBlog]’s list of 50 Best Books for [insert small holiday]. I think it is great to be on those lists—and brevity is good, too—but that sort of list-making and curation and pinning is not criticism. Lists don’t require the effort to think and synthesize and produce something new; they aren’t contributing to a cultural conversation. They are almost pre-verbal, like pointing.

JB: I read anything by Hilton Als and Emily Nussbaum, both at The New Yorker. He primarily reviews theatre and Nussbaum is a TV critic, but in both cases their narrative sense is impeccable. They’re both funny, elegant, and very feminist, but in deep, counter-intuitive ways. I like critics who can make me laugh. I love Michelle Tea, too, who is known primarily for her memoirs, but who is exactly the kind of critic I gobble up! I was her editor (for the novel Black Wave) and she’s doing a very exciting kids’ book for me at Dottir, my new press, but her latest book (Against Memoir, Feminist Press) is filled with criticism.

Jennifer Baumgardner is the editor in chief of the Women’s Review of Books, the publisher of Dottir Press (a new indie feminist press), the former director and publisher of the Feminist Press, and author of six books about contemporary feminism including Manifesta (FSG), Grassroots (FSG), and Abortion & Life (Akashic). She lives in New York City and shops almost daily at Three Lives Bookstore, which is three blocks away.