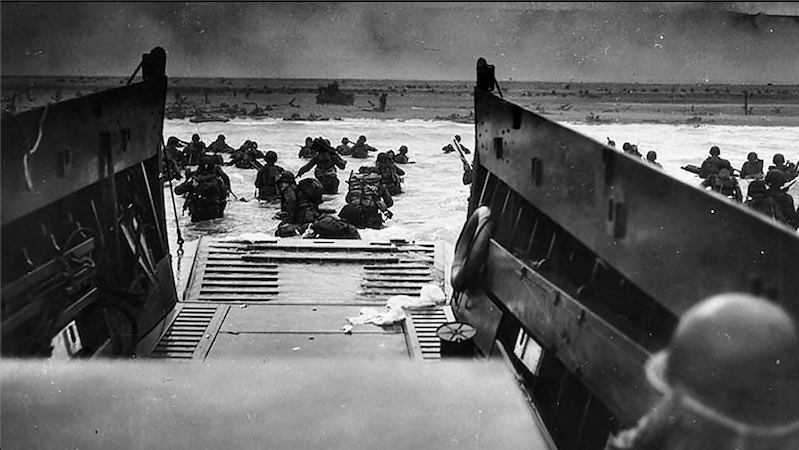 There are, of course, a very large number of books that have been written about D-Day, but equally, there are unquestionably some that really do stand out above the rest. But what constitutes “best”? The best work of history? The best memoir of what it was like to be there on that extraordinary day, whether attacker or defender? Or best overview that tells the reader everything he or she needs to know about what happened, how it happened, and why? In this list, I’m attempting to cover all bases: there is balanced analysis but also plenty of human drama, too—after all, it is trying to imagine what it must have been like, whether jumping out of an airplane, or landing craft, or defending a bunker, or flying overhead, or out at sea, or being a civilian caught up in the middle of the invasion, that draws most people to the subject. Today, those beaches—and Normandy as a whole—are places of tranquil peace and beauty, but back on 6 June 1944 they were the scene of the largest amphibious invasion ever mounted, and one of barely imaginable violence and carnage. For the Allies, it was the beginning of the liberation of Europe from the tyranny of Nazism and a pivotal moment in world history. Reading these five books, one gets as close as it’s possible to get to understanding what happened on that day of days. 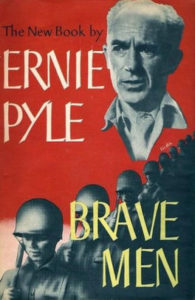 Ernie Pyle created a type of journalism and writing that had never been written before and certainly not in war reporting. His way was to write conversational prose, recounting simply what he saw, what he felt, and telling the story from the bottom up.  He was a people person and it was the young Americans taking part in this great crusade that interested him most. His observations, his eye for bringing to life small moments and incidents in a way that resonates with all who read—and continue to read—him is masterful. Rightly, he was beloved during the war for his missives from the front and reading his words today one is immediately taken right back to those years and seeing what he saw with vivid clarity and humanity. Brave Men covers North Africa and Italy as well as before D-Day in England, and the campaign that followed. He was out at sea on D-Day itself, but came ashore on 7 June, onto Omaha Beach, and his descriptions of what he saw are just brilliant in their vividness. “On the beach lay, expended, sufficient men and mechanism for a small war,” he wrote. “They were gone forever now.  And yet we could afford it.” I think he was a genius—one of the finest writers of the 20th century.

Sand and Steel: A New History of D-Day by Peter Caddick-Adams

Peter Caddick-Adams is one of the very finest historians of the Second World War—a man who has been studying this conflict and D-Day, and the Normandy campaign in particular, for decades. Not only has he looked at the available archives in minute detail, he has walked every inch of the ground and also spoken to many of those who fought here decades ago when their memories were still comparatively fresh. His judgement is always measured, fair, and rooted in the kind of detailed knowledge that only comes with age and considered reflection. It’s a big book, make no mistake, but that should not put off anyone; this is a full-bodied tome, like a superb claret that has been maturing for thirty years; and because of this, combined with its painstaking detail that leaves no stone unturned, this must be seen as the definite account of D-Day—or as close as any book can be. If I was ever to pick out one book to guide me through that incredible day in history, this would be the one. It’s fabulous. 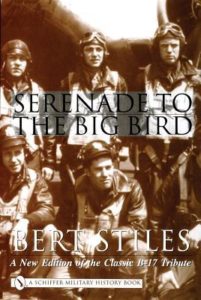 Serenade to the Big Bird by Bert Stiles

I feel very strongly that the role of the Allied naval and air forces have been badly neglected in the narrative of D-Day and the Normandy campaign. Without the Allies’ mastery of the skies—so hard fought for and won—there could have been no invasion, while the subsequent land battle was shaped by what happened in the air above. Air power was absolutely vital to Allied success. This is a memoir, rather than analysis, but it’s a really very fine one, and charts the progress of the American heavy bomber forces before, during, and after D-Day. Stiles is a brilliant writer—one gets the sense he’s writing it for himself, not an audience, and his reflections of life, the future, his crew, the surreal madness of having to clamber into a tin can to drop bombs on targets all over Europe, as well as the gut-wrenching violence he witnesses, left me profoundly moved. Actually, this is an old classic, written back in 1944, but I’m comparatively new to it and was immediately struck by the freshness of his writing. I’m also haunted by the fact that Stiles did not survive the war. He’s such a real person it seems impossible his short life could have been snuffed out later that year when he had switched from heavy bombers to the comparatively much safer single-engine fighters. And yet like the very best writing, it has allowed him to live on: a bright, imaginative, clever, witty, sensitive twenty-something caught up in something huge and violent in which he found himself inexorably trapped. 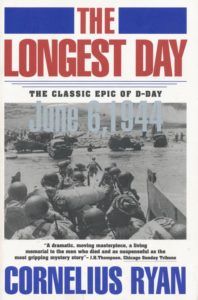 The Longest Day by Cornelius Ryan

All right, so some of the history in this book is a little out-dated, but I have Peter Caddick-Adams’s book to counteract that, and in any case, this was never written to provide searing analysis. This is all about the people who were there on D-Day. It’s out-and-out drama. Ryan’s book helped define an entire genre of history writing: almost entirely from the perspective of a rich cast of those who were there, it is written like a novel and is every bit as compelling as the finest thriller. What’s more, Ryan’s cast ranges from Germans to Americans, Brits, Canadians, and French civilians, giving a wonderful 360-degree perspective. The narrative is fast-paced and seamlessly cuts from ship to landing craft, from to coastal bunker to family home near the sea.  There are privates and generals, old men and young, women and children, and Ryan and his bevy of researchers interviewed every single one back in the late 1950s—only a dozen or so years after the event. The clarity of those memories still springs off every page, and for the sheer enormity of human drama, this is still very hard to beat. I’m not so keen on the film version, which really does look dated these days, but the book is as fresh and vivid as the day Ryan stopped hammering his typewriter. 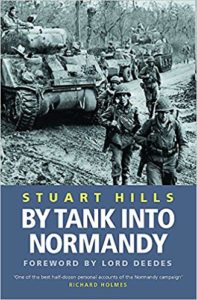 A Tank into Normandy by Stuart Hills

Stuart Hills began the D-Day invasion in a DD ‘swimming’ Sherman tank, which promptly sank and he eventually reached shore in a rubber dinghy before heading off towards Bayeux. A few days later, he and his colleagues found themselves fighting the Panzer Lehr, probably the best armoured unit in the German Army. At the time, he was still only nineteen. I’ve long had an association with the Sherwood Rangers Yeomanry, a pre-war part-time unit, who managed to turn themselves, through adversity and bitter experience, into one of the finest tank regiments in the British Army. By the war’s end, no other single unit had accrued more battle honours than they. Hills’s memoir movingly describes what it was like to live and fight in a tank before, during, and after D-Day. The camaraderie was intense but the danger was also immense; there were thirty-six officers in the Sherwood Rangers, but by the end of the Normandy campaign alone, forty-four had become casualties—so, more than 100%. It’s a brilliant memoir—unselfconscious, full of detail and intimate touches and really takes the reader inside the turret of a tank. During the course of the campaign, one also sees, both vividly but subtly, the somewhat bewildered boy he was turn into a man and an increasingly experienced and competent commander and officer.

James Holland is the author of Big Week, The Rise of Germany and The Allies Strike Back in the War in the West trilogy, as well as Fortress Malta, Dam Busters, The Battle of Britain, and the upcoming Normandy '44. Holland regularly appears on television and radio and has written and presented the BAFTA shortlisted documentaries Battle of Britain and Dam Busters for the BBC, among others. A fellow of the Royal Historical Society, he has his own collection at the Imperial War Museum.
Share:
© LitHub | Privacy
Loading Comments...
%d bloggers like this: