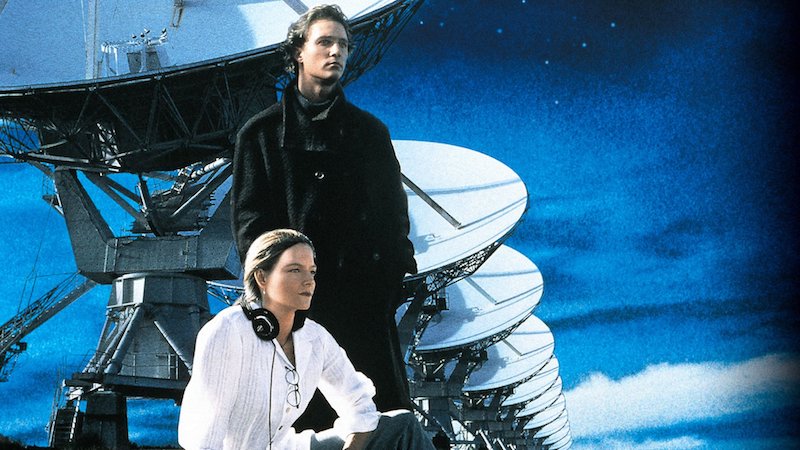 "It's been a long wait, but at last Carl Sagan's aliens are here" 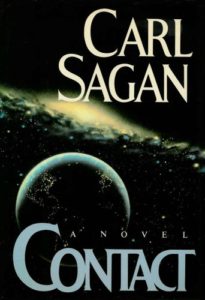 “It’s been a long wait, but at last Carl Sagan’s aliens are here, and have made contact. Well, actually they’re not here, they’re at the center of the galaxy, but let’s not quibble.

“The first thing to say is that Sagan’s fans and Sagan’s detractors (two large subcultures) may both have cause to feel disappointed. The book is neither brilliant nor disgraceful. One thing it isn’t is a sell-out to the lowest common denominator; the scientific content requires some thought to digest, and the impeccably liberal sociology with which the book is crammed is pitched at a level higher than your average best seller. It is, in fact, a rather preachy book, or perhaps it would be kinder to say, educational. Discussions about exobiology, about race relations, about world politics and — perhaps less predictable — a good many discussions about religion in which the word “numinous” plays a prominent role; all this can be a little tiring, as when one reads too many encyclopedia entries in a row. The tone is earnest, very much that of a youngish university lecturer talking about the state of the world after a few, but not too many, drinks. 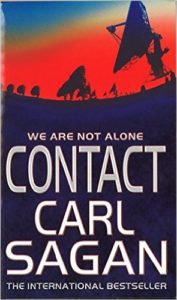 “With admirable doggedness but — it has to be said — a certain ponderous slowness as well, Contact rumbles towards its seemingly ultimate revelation which, as is traditional in first contact stories (of which there are probably more than a thousand), is dismayingly trite. The superbeings from the stars whose messages we on Earth have received and interpreted present themselves in person (at the heart of the Milky Way) in the form of our loved ones, and their sentiments are couched in impeccable middle American. At this point I felt cheated and ready to give up. But wait, this is not the end, there are another 60 pages to go. And to be fair, they are really pretty good and contain some genuine surprises; there is a certain bleak maturity about them which contrasts interestingly with the rather chirpy optimism (messages from the stars unifying the nations) of what has gone before, without their ending on too black a note. At the very end Sagan produces a scientific rabbit out of his hat which in me at least really did produce a sense of wonder.

“The protagonist of the novel is a woman, an astronomer, who, like Sagan himself, specializes in attempts to make contact with life forms Out There. A cold woman, frightened by human (let alone alien) contact, she is characterized rather perfunctorily (as is everybody else in the book) and yet her very unattractiveness (one cannot tell whether this trait was deliberately put in by Sagan or just happened) gives the book a certain somber sadness. At the very beginning of the book, she is found as a child staring at the stars, hanging on to the earth for fear of tumbling into the void which though above seems below. One can see Sagan having done that as a kid (as many of us did), and one likes him for it.”