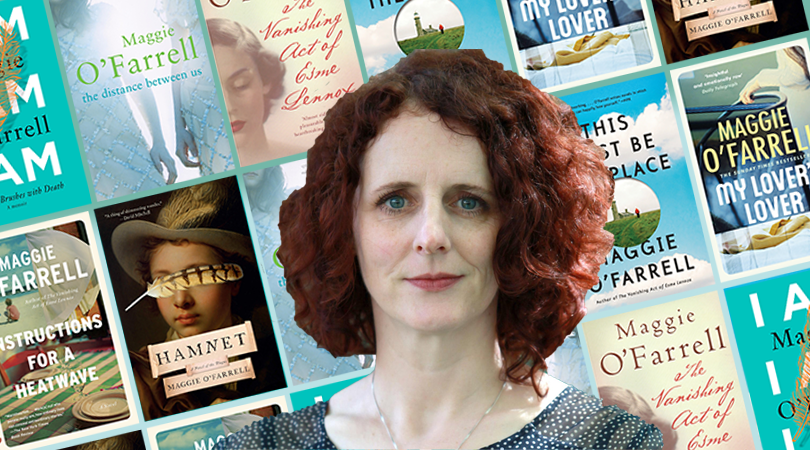 "In our own grief-ridden time, we may never need O’Farrell’s art more"

This week, Lori considers the novels of Maggie O’Farrell.

The death-haunted inhabit Maggie O’Farrell’s fiction. Some carry inconsolable grief from the loss of a loved one; others are troubled by an awareness of their own near-death experiences. O’Farrell explores both of these conditions in her latest novel, Hamnet, in which she imagines the family life of William Shakespeare, his wife Agnes, and their three children: Susanna, and twins Hamnet and Judith.

Hamnet is set in Stratford, England where Will’s young family resides in an annex adjoining the house in which Will was raised and his parents and siblings still live. Will’s father John, an ill-tempered glover whose reputation has been tarnished by shady business deals and heavy drinking, abuses Will, the eldest, for his disinterest in the family business and lack of direction. John’s overbearing presence pushes Will and Agnes to the decision that Will must leave Stratford to try to make his own way in London where Agnes, at the time very much pregnant, will join him with the children once he is established.

Although Will finds steady work with a London-based theater company, Agnes lingers in Stratford following the twins’ difficult birth and the consequent fragile health of Judith. As a result, Will plays an increasingly peripheral role in the lives of his wife and children, returning home only intermittently for brief visits. And it is largely through the eyes of Agnes—the greatest creation yet in O’Farrell’s considerable oeuvre—that the novel’s story unfolds.

Agnes is deeply in tune with the natural world thanks to a preternatural intuition and unusually acute senses, tools that make transparent for her what remains opaque and unknowable to others. And this knowingness extends to the inner lives of those around her. Agnes is thought to be a healer, and Stratford residents come to her daily seeking cures for their ailments. One element of her gift is the ability to divine someone’s deepest emotions by taking their hand and firmly clasping the span between thumb and forefinger. For Agnes this is the spot where,

…[a] person’s ability, their reach, their essence can be gleaned. All that they have held, kept, and all they long to grip is there in that place. It is possible, she realizes, to find out everything you need to know about a person just by pressing it.

From time to time Agnes uses this technique on her family, allowing her to see the unspoken thoughts and feelings of her loved ones. This gift of insight never fails Agnes until the moment when she needs it most—in the hours following Hamnet’s untimely death from the bubonic plague.

…Hamnet’s hand is silent. Agnes listens; she strains. She tries to hear what might be under the silence, behind it…But there is nothing. A high whine of nothing, like the absence of noise when a church bell falls silent.

O’Farrell writes with extraordinary power and empathy in depicting Agnes’ grief-swollen anguish, her incomprehension at her son’s erasure, and her inability to reconcile his stiffening body with the vibrant life that so recently animated it. As Agnes struggles to intuit in her secular mind where her son’s essence has gone, one sees that what underpins her questioning is the deeply painful recognition that she will never know if her boy, in his disembodied, displaced state, feels lonely or suffers their separation as viciously as she does. O’Farrell beautifully articulates the gravity of Agnes’ inconsolable grief and her continuing, searching need to sense her son’s presence, even years after his death. It is as though Agnes’ perceptive acuity for nature and life renders her vulnerable to an amplified suffering for the loss of her son.

Throughout O’Farrell’s novels characters live with the anticipation of encountering their dead. Many, like Agnes, hold out hope of once again seeing and communicating with their loved one, while others live in trepidation because of deep guilt or regret concerning the deceased. In O’Farrell’s 2004 novel The Distance Between Us, Stella sees her teenage tormentor in the guise of passing strangers, a reaction to the lingering trauma over her role in his death. In My Lover’s Lover, Lily catches fleeting glimpses of her new boyfriend’s enigmatic, dead lover. And in This Must Be the Place, Daniel is haunted by visions of his first love, who died from anorexia a few months after their break-up over Daniel’s infidelity.

Occasionally it is the specter of an alternate self that the living encounter. In The Vanishing Act of Esme Lennox, Esme nearly drowns in the sea, and as she walks back to the shore to rejoin her family, she sees a second Esme sitting on the rug with them:

She, or the person who resembles her, has her legs crossed. Her bathing suit has the same snag on the shoulder, and Esme knows the way the rough wool of the blanket feels against bare skin…She can, she realizes, feel it at that very moment. But how can that be if she is standing in the sea?

If she is in the sea, what was she doing on the rug? Did she drown in the wave and, if she did, who was that person?

Near-death experiences are the subject of O’Farrell’s 2017 book of essays, I Am, I Am, I Am: Seventeen Brushes with Death, which contemplates occasions when she or someone close to her would have died but for seemingly random, fortuitous circumstances and how this knowledge changed her.

If you are aware of these moments…they will have infiltrated you, whether you like it or not. They will take up residence inside you and become part of who you are, like a heart stent or a pin that holds together a broken bone.

One of the essays in the collection, entitled “Neck,” recounts an incident in which O’Farrell, while hiking alone in the mountains, is pursued by a strange man who places his binoculars strap around her neck. Two weeks later she learns that this man raped and strangled another young woman in the area:

…Death brushed past me on that path, so close that I could feel its touch, but it seized that other girl and thrust her under.

I still cannot bear anyone to touch my neck…I flinch away before I even register why. I can’t wear anything around it. Scarves, polo necks, choker necklaces, any top or blouse that applies pressure there: none of these will ever be for me.

The belief that the death intended for you has befallen another instead reverberates as well in the remorse of Hamnet’s twin, Judith, who also contracts the plague and very nearly dies from it. Judith’s conviction that it is she who should have died and not Hamnet makes her grief over his death all the more painful. The twins share a symbiotic bond, and this is eloquently expressed in Hamnet’s thoughts when he believes that Judith is about to die:

He feels again the sensation he has had all of his life: that she is the other side to him, that they fit together, him and her, like two halves of a walnut…How can he live without her? He cannot. It is like asking the heart to live without the lungs, like tearing the moon out of the sky and asking the stars to do its work, like expecting the barley to grow without  rain.

The particular, emotional intimacy and secret language that siblings share is found in a number of O’Farrell’s novels. In the 2013 novel, Instructions for a Heatwave, two grown sisters—Aoife and Monica—who have always been extremely close are “cleaved apart” when Aoife intuits something about her sister that Monica has hid from everyone. That Aoife knows Monica’s secret and Monica recognizes this, are circumstances never voiced but acknowledged through looks, body language, and other silent cues that pass between them. As Aoife explains it,

There is a kind of invisible osmosis that occurs…[i]f you sleep near someone, night in, night out, breathing each other’s air, it is as if your dreams, your unconscious lives become entangled, the circuits of your minds running close to each other, exchanging information without speech.

Agnes has this type of intimacy with her brother, Bartholomew, and it is his counsel that she seeks upon learning that Will is performing in a new play that he wrote entitled, “Hamlet,” a name interchangeable in those years with the name of their dead son. Only when Agnes travels to London to see the play for herself does she understand what inspires Will both personally and professionally—the cathartic power of art.

Hamnet’s artistry truly exemplifies and honors this power. Like O’Farrell’s previous work Hamnet is a family drama but it is apparent that her ambition here is grander: the writing is rambunctious, employing a vernacular perfectly attuned to the novel’s setting and time; there are bold digressions in the narrative, like the story of the plague’s journey to Stratford from a monkey in Madagascar and the fable-like tale of Agnes’ childhood, that flirt with the fantastical. Above all O’Farrell connects with the reader by laying bare the essence of a woman and her grief. It is rare and wonderful when an author plumbs a universal condition and gives it expression in a manner so illuminating that we feel it as our own. For this, in our own grief-ridden time, we may never need O’Farrell’s art more.