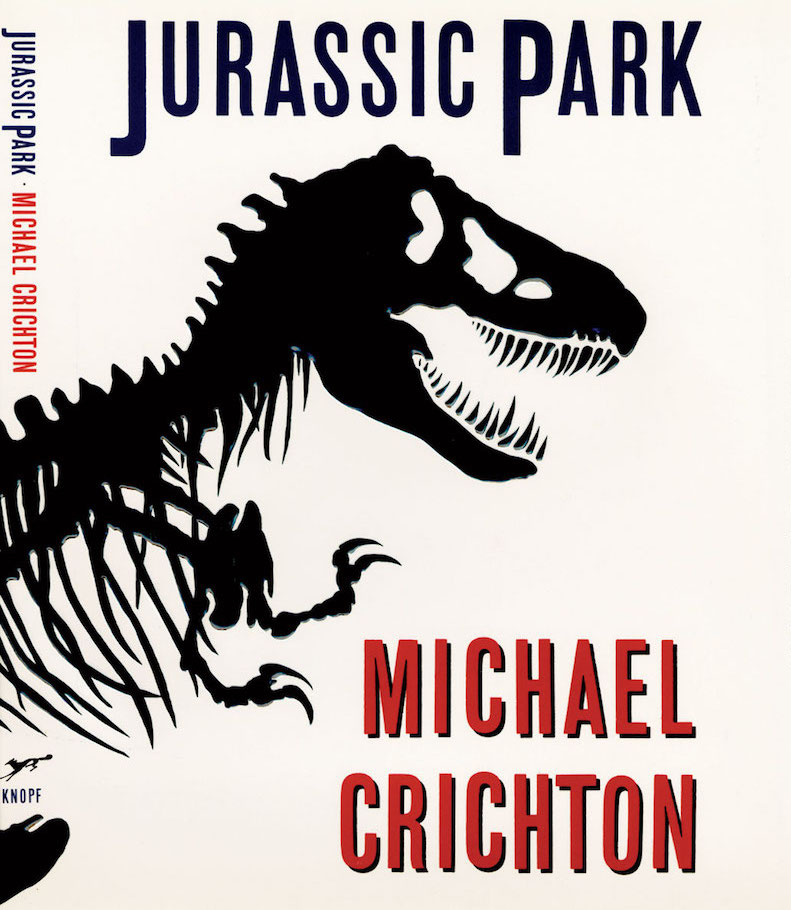 "If we are gone tomorrow, the earth will not miss us" 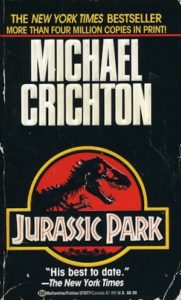 “What the company has built there, we gradually discover, is a theme park inhabited by living dinosaurs cloned from fossils. As the project’s presiding madman, John Hammond, explains: the obstacles to making a profit on genetically engineered pharmaceuticals have proved insurmountable. ‘Now, think how different it is when you’re making entertainment. Nobody needs entertainment. That’s not a matter for government intervention. If I charge $5,000 a day for my park, who is going to stop me?’

You fool, says Hammond’s resident Cassandra, Ian Malcolm, who is described as ‘one of the most famous of the new generation of mathematicians who were openly interested in “how the real world works.”‘ One can’t clone hundreds of prehistoric dinosaurs, put them in an environment, and expect to control the results. Chaos theory tells us that a big complicated system like that defies understanding. ‘There is a problem with that island,’ Malcolm warns. ‘It is an accident waiting to happen.’

Yet despite the predictable and mechanical way that its plot gets under way, Jurassic Park turns out to be a superior specimen of the myth, and easily the best of Mr. Crichton’s novels to date…

“First, there is an important narrative trick that Mr. Crichton uses. By telling his island adventure from many points of view, he cleverly undermines the reader’s belief that the story has a hero. Sure, there are characters who inspire more sympathy than others, chief among them the paleontologist (Indiana Bones, one is tempted to call him) and Hammond’s two grandchildren, Tim and Liz. And there is a villain or two dark enough so that you wouldn’t feel too bad if something nasty befell them.

But the gradations among all the characters are subtle. No one seems good enough to be exempt from catastrophe. And there are frightening moments in the story when you think that no one will survive.

“Finally, there are the dinosaurs of Jurassic Park. Mr. Crichton doesn’t just stick a pterodactyl here and a stegosaurus there. He goes deeply and convincingly into the subject. He cleverly posits that the necessary DNA might be found in the fossils of prehistoric biting insects preserved in amber. He depicts supercomputer screens sequencing the genes. And he inhabits his island with no fewer than 15 different species — from stegosaurs to triceratops to pterosaurs — lovingly described and with surprising characteristics like the ability to spit poison or walk with their wings.

“But Mr. Crichton keeps his most frightening creatures waiting in the wings for the nerve-wracking climax. They are what the dying man in the opening scene was raving about, velociraptors. As the dinosaur expert reflects: ‘Pound for pound, a velociraptor was the most rapacious dinosaur that ever lived. Although relatively small — about 200 pounds, the size of a leopard — velociraptors were quick, intelligent and vicious, able to attack with sharp jaws, powerful clawed forearms, and the devastating single claw on the foot.’

In the reconstituted flesh, they turn out to be all of that and more, almost humanly clever, able to hunt in packs, and with an uncanny drive to migrate from the island. They give meaning to Ian Malcolm’s ultimate warning, enunciated on morphine to ease his terminal pain. ‘My point is that life on earth can take care of itself,’ he raves. ‘In the thinking of a human being, a hundred years is a long time. . . . But to the earth, a hundred years is nothing . A million years is nothing . This planet lives and breathes on a much vaster scale. We can’t imagine its slow and powerful rhythms, and we haven’t got the humility to try. We have been residents here for the blink of an eye. If we are gone tomorrow, the earth will not miss us.’

In Mr. Crichton’s frightening vision, if we are gone tomorrow, the earth will be just as well off with whatever made us extinct.”