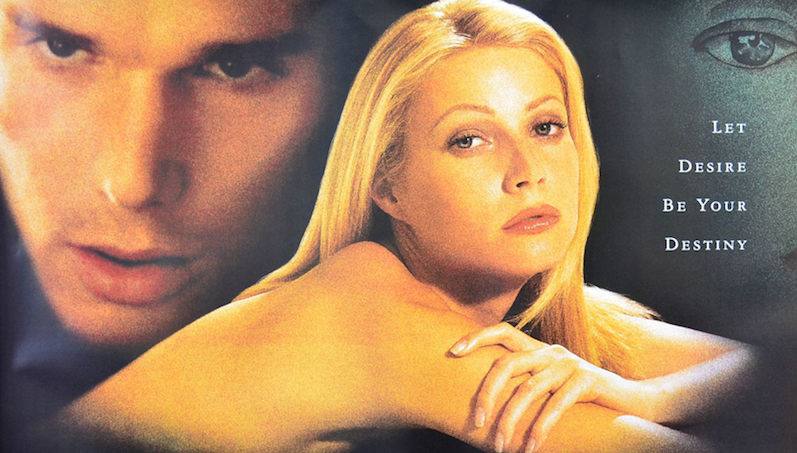 The Confidence of a Conscious Genius:On Dickens' Great Expectations

I loved her against reason, against promise, against peace, against hope, against happiness, against all discouragement that could be.

“The very title of this book indicates the confidence of conscious genius. In a new aspirant for public favor, such a title might have been a good device to attract attention; but the most famous novelist of the day, watched by jealous rivals and critics, could hardly have selected it, had he not inwardly felt the capacity to meet all the expectations he raised. We have read it, as we have read all Mr. Dickens’s previous works, as it appeared in installments, and can testify to the felicity with which expectation was excited and prolonged, and to the series of surprises which accompanied the unfolding of the plot of the story. In no other of his romances has the author succeeded so perfectly in at once stimulating and baffling the curiosity of his readers. He stirred the dullest minds to guess the secret of his mystery; but, so far as we have learned, the guesses of his most intellectual readers have been almost as wide of the mark as those of the least apprehensive. It has been all the more provoking to the former class, that each surprise was the result of art, and not of trick; for a rapid review of previous chapters has shown that the materials of a strictly logical development of the story were freely given. Even after the first, second, third, and even fourth of these surprises gave their pleasing electric shocks to intelligent curiosity, the denouement was still hidden, though confidentially foretold. The plot of the romance is therefore universally admitted to be the best that Dickens has ever invented. 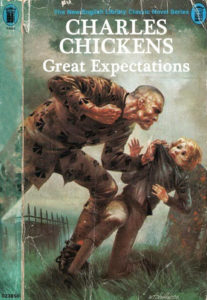 The plot of Great Expectations is also noticeable as indicating, better than any of his previous stories, the individuality of Dickens’s genius. Everybody must have discerned in the action of his mind two diverging tendencies, which in this novel, are harmonized. He possess a singularly wide, clear, and minute power of accurate observation, both of things and of persons; but his observation, keen and true to actualities as it independently is, is not a dominant faculty, and is opposed or controlled by the strong tendency of his disposition to pathetic or humorous idealization.

Great Expectations, Dickens seems to have attained the mastery of powers which formerly more or less mastered him. He has fairly discovered that he cannot, like Thackeray, narrate a story as if he were a mere looker-on, a mere knowing observer of what he describes and represents; and he has therefore taken observation simply as the basis of his plot and his characterization…The author palpably uses his observations as materials for his creative faculties to work upon; he does not record, but invents; and he produces something which is natural only under conditions prescribed by his own mind. He shapes, disposes, penetrates, colors, and contrives everything, and the whole action is a series of events which could have occurred only in his own brain, and which it is difficult to conceive of as actually happening. And yet in none of his other works does he evince a shrewder insight into real life, and a clearer perception and knowledge of what is called the world. The book is, indeed, an artistic creation, and not a mere succession of humorous and pathetic scenes, and demonstrates that Dickens is now in the prime, and not in the decline of his great powers. 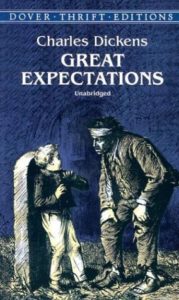 The style of the romance is rigorously close to things. The author is so engrossed with the objects before his mind, is so thoroughly in earnest, that he has fewer of those humorous caprices of expression of which formerly he was wont to wanton. Some of the old hilarity and play of fancy is gone, but we hardly miss it in our admiration of the effects produced by his almost stern devotion to the main idea of his work. There are passages of description and narrative in which we are hardly conscious of his words, in our clear apprehension of the objects and incidents they convey. The quotable epithets and phrases are less numerous than in Dombey & Son and David Copperfield; but the scenes and events impressed on the imagination are perhaps greater in number and more vivid in representation. The poetical element of the writer’s genius, his modification of the forms, hues, and sounds of Nature by viewing them through the medium of an imagined mind, is especially prominent throughout the descriptions with which the work abounds. Nature is not only described, but individualized and humanized.

Altogether we take great joy in recording our conviction that Great Expectations is a masterpiece. We have never sympathized in the mean delight which some critics seem to experience in detecting the signs which subtly indicate the decay of power in creative intellects. We sympathize still less in the stupid and ungenerous judgements of those who find a still meaner delight in willfully asserting that the last book of a popular writer is unworthy of the genius which produced his first. In our opinion, Great Expectations is a work which proves that we may expect from Dickens a series of romances far exceeding in power and artistic skill the productions which have already given him such a preeminence among the novelists of the age.”