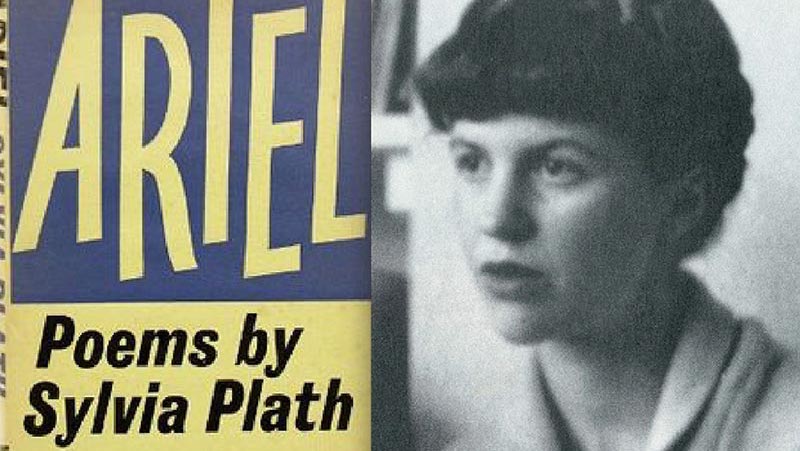 "I eat men like air": On Sylvia Plath's Ariel 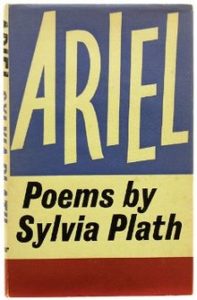 Out of the ash
I rise with my red hair
And I eat men like air.

“The strength of feeling and the intensity that play about these posthumously published poems, the relentless honesty that permeates them are so great that at first meeting the reader shrinks from their impact, and then wonders where the poet summoned up the resources to be so unsparing and so open-eyed about herself. In poem after poem dealing with the closest of human relationships, those with father, friend, mate, child, Sylvia Plath reveals feelings that are bitter, tormented, unappeasable. And she sets them down in primary colors, their very brilliance conveying their intensity. ‘Lesbos,’ for example, is an encounter with another woman amid the trivialities of the kitchen. In the hands of another poet, it would have been a genre piece; in Miss Plath’s hands it becomes the expression of a hard-edged hatred.

Viciousness in the kitchen!
The potatoes hiss.
It is all Hollywood, windowless,
The fluorescent light wincing on and off like a terrible migraine.

I’m doped and thick from my last sleeping pill.
The smog of cooking, the smog of hell
Floats our heads, two venomous opposites.

And the irony of the title, with its suggestion of classical calm and of an entirely different relationship, adds to the bitter force of the poem. 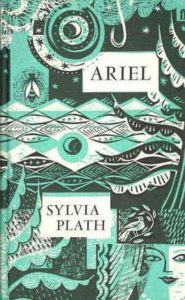 “In ‘The Rival,’ a title also ironic in its own way, the two warring figures are husband and wife. It is one of those rarely-met poems that even on a first reading seems flawless. It is a poem in which metaphor, subject and, above all, tone, combine to produce the effect of cold, furious animosity. Miss Plath uses the oldest of devices, the coldness of the moon, but with a result spectacularly unromantic:

Her O-mouth grieves at the world; yours is unaffected,
And your first gift is making stone out of everything.
I wake to a mausoleum; you are here.

No day is safe from news of you,
Walking about in Africa maybe, but thinking of me.

In ‘Daddy,’ the tone is much more shrill and painful, the tension between love and its
opposite is barely kept from spilling over:

There’s a stake in your fat black heart
And the villagers never liked you.
They are dancing and stamping on you.
They always knew it was you.
Daddy, daddy, you bastard, I’m through.

It would be dead wrong to let these extracts suggest that her work is marked by anger or petulance. On the contrary, her unhappiness is so deep-rooted, her suffering so unanswerable that they seem to stem from something deep in man himself. Over these poems hover threatening forms, all things ominous; in railroad trains, in hillsides obscured by fog, in the swarming of bees, ‘The Bee Meeting’ tells of the donning of protective gear and the examining of a hive. But Miss Plath makes it read like the journey to a dark wood in the middle of life.

She is deeply bound up in the self, but it is a self that responds to all other suffering. In ‘Lady Lazarus,’ a longish poem that has an Emily Dickinson pithiness of language and even some of her rhythm, she writes:

‘I turn and burn,’ she adds. ‘You poke and stir./Flesh, bone, there is nothing there—/A cake of soap,/A wedding ring,/A gold filling.’

Thus she unites in one death, the deaths of those who, unlike Lazarus, did not come back. 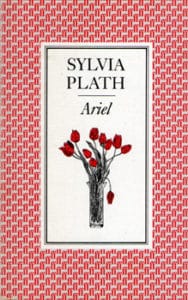 “Her lines are usually short and her writing has an impatience, a nervous energy almost as if the ideas came into her consciousness in staccato fashion. But the sophistication in the use of rhyme in ‘Daddy,’ and the long relaxed lines in “Tulip” show the craftsman at work. The language is direct, sometimes almost chatty, but free of the easy confessionals of so many others writing today. Sometimes, as in ‘The Applicant,’ an air of flippancy crosses the seriousness of a poem in a way hard to quote out of context, but wonderfully effective in it:

How about this suit–
Black and still but not a bad fit.
Will you marry it?
It is waterproof, shatterproof, proof
Against fire and bombs through the roof.
Believe me they will bury you in it.

An American poet who lived in England in the last years of her life, Sylvia Plath was the author of a previous collection, Colossus. She died in 1963 at the age of 31. On the dust jacket to Ariel, the British critic, A. Alvarez, is quoted as saying that these poems read as if they were written posthumously. It is a comment that has point. For there is a finality to these poems, a summing up that is usually reserved as a last testament. To be so honest about oneself as Miss Plath was, to permit no compromise to mar the expression of that honesty takes great courage. But that there was more to her writing than courage, every lacerating line shows.”