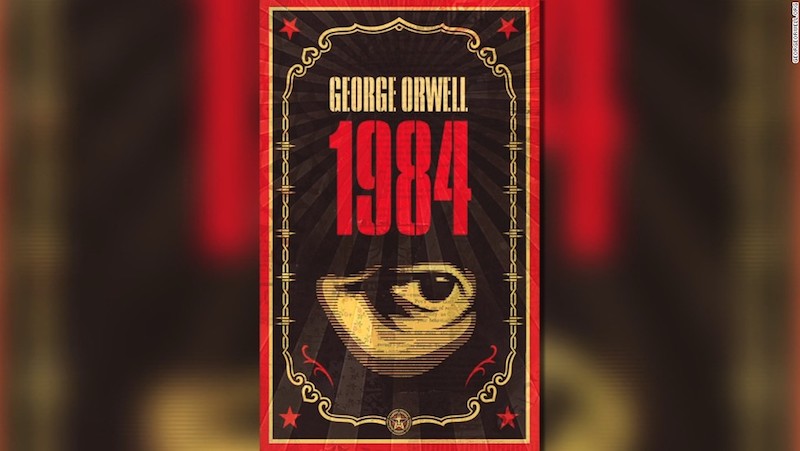 "Hope has died, and only pain is known" 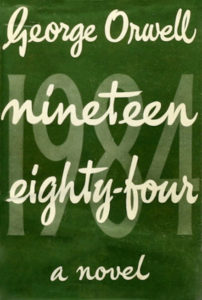 Perhaps one did not want to be loved so much as to be understood.

“Nineteen Eighty-Four goes through the reader like an east wind, cracking the skin, opening the sores; hope has died in Mr Orwell’s wintry mind, and only pain is known. I do not think I have ever read a novel more frightening and depressing; and yet, such are the originality, the suspense, the speed of writing and withering indignation that it is impossible to put down. The faults of Orwell as a writer – monotony, nagging, the lonely schoolboy shambling down the one dispiriting track – are transformed now he rises to a large subject.

“These wars are mainly fought far from the great cities and their objects are to use up the excessive productiveness of the machine, and yet to get control of rare raw materials or cheap native labour. It also enables the new governing class, who are modelled on the Stalinists, to keep down the standard of living and nullify the intelligence of the masses whom they no longer pretend to have liberated. The collective oligarchy can operate securely only on a war footing. It is with this moral corruption of absolute power that Mr Orwell’s novel is concerned.

“In the homes of Party members a tele-screen is fitted, from which canned propaganda continually pours, and on which the pictures of Big Brother, the leader…Also by this device the Thought Police, on endless watch for Thought Crime, can observe the people night and day. What precisely Thought Crime is no one knows; but in general it is the tendency to conceive a private life secret from the State. A frown, a smile, a sigh may betray the citizen, who has forgotten, for the moment, the art of ‘reality control’ or, in Newspeak, the official language, ‘doublethink.’

“The duty of the satirist is to go one worse than reality; and it might be objected that Mr Orwell is too literal, that he is too oppressed by what he sees, to exceed it. In one or two incidents where he does exceed, notably in the torture scenes, he is merely melodramatic: he introduces those rather grotesque machines which used to appear in terror stories for boys. But mental terrorism is his real subject.

“For Mr Orwell, the most honest writer alive, hypocrisy is too dreadful for laughter: it feeds his despair.

Though the indignation of Nineteen Eighty-Four is singeing, the book does suffer from a division of purpose. Is it an account of present hysteria, is it a satire on propaganda, or a world that sees itself entirely in inhuman terms? Is Mr Orwell saying, not that there is no hope, but that there is no hope for man in the political conception of man?”