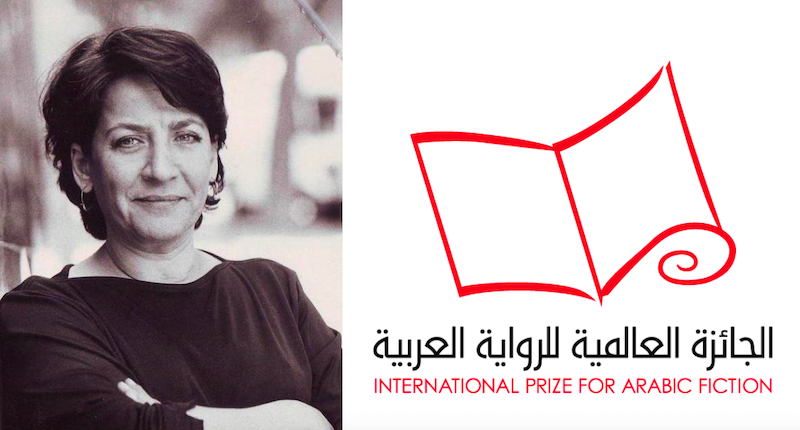 Becoming the second woman to claim the prestigious award

At a ceremony in Abu Dhabi just minutes ago, The Night Mail by Lebanese author Hoda Barakat was announced as the winner of the 12th International Prize for Arabic Fiction (IPAF).

Regarded as the most prestigious and important literary prize in the Arab world, the aim of the IPAF is to reward excellence in contemporary Arabic creative writing and to encourage the readership of high quality Arabic literature internationally through the translation and publication of winning and shortlisted novels in other major languages.

Professor Yasir Suleiman, Chair of the Board of IPAF Trustees, said of The Night Mail:
“Tightly structured, Hoda Barakat’s novel punches above its word count, turning brevity into a virtue. Using an epistolary structure to deal with displacement and its effects on the refugee experience, the novel exposes us to the precarious nature of human existence in a world in drift. The protagonists’ search for a common thread unites and separates them with equal cruelty. An intense and disciplined novel, The Night Mail will outlive the worlds that animated it. It is destined to speak to readers in multiple tongues because of the intensely human condition it evokes. The Night Mail tells the stories of letter writers. The letters are lost, like the people who have penned them, but each is linked to another and their fates are woven together, like those of their owners. The writers are foreigners, either immigrants by choice or forced by circumstance to leave their countries; exiled and homeless, orphans of their countries with fractured destinies. The novel’s realm is—like the times we live in—one of deep questioning and ambiguity, where boundaries have been erased, and old places and homes lost forever.”

Barakat, who was born in Beirut in 1952 and currently lives in France, has published six novels, two plays, a book of short stories and a book of memoirs. She received the ‘Chevalier de l’Ordre des Arts et des Lettres’ in 2002 and the ‘Chevalier de l’Ordre du Mérite National’ in 2008. In 2015, she was a finalist for the Man Booker International Prize.

Congratulations to Barakat and to all the finalists! 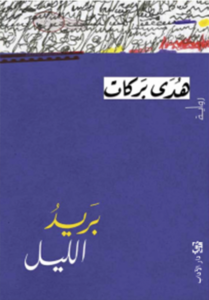 The Night Mail tells the stories of letter writers. The letters are lost, like those who have penned them, but each is linked to another and their fates are woven together, like those of their owners. The writers are foreigners, either immigrants by choice or forced by circumstance to leave their countries; exiled and homeless, orphans of their countries with fractured destinies. There are no certainties in The Night Mail. The killer is not a criminal, nor is the prostitute a whore. It is—like the times we live in—a realm of deep questioning and ambiguity, where boundaries have been erased, and old places and homes lost forever.

The Commandments by Adel Esmat (Egypt)

The Commandments follows the Dar Selim family in Upper Egypt through several generations, beginning in 1920s Egypt, from the time of the monarchy, the 1952 July revolution and Abdel Nasser, through to Sadat, the Naksa and the 1973 October War. The grandfather Abdel Rahman gives his grandson 10 commandments to help him endure life, enjoy its pleasures and stay away from temptations. Although he may not keep them, these commandments remain an important influence throughout his life. In each chapter the grandfather presents one of them, and part of the family story is told. They represent the grandfather’s wisdom, acquired through his life, which he wishes to pass on to future generations.

The Outcast by Inaam Kachachi (Iraq)

The Outcast is based on a true story and spans the history of modern Iraq. Amid the upheavals of the 1940s when Iraq was ruled by a monarchy, the novel’s main protagonist, Taj al-Muluk Abdelmagid, a journalist and female owner of the first magazine in Iraq, has relationships with Nuri al-Said, the Prime Minister, and Abd al-Ilah, Regent to King Faisal II. Forced to flee due to her involvement in anti-government activity, she moves to Pakistan with her Palestinian colleague Mansour al-Badi where they work for Karachi Arabic radio, fall in love, but are forced to part. While Taj al-Muluk moves to Paris and gets married, her lover Mansour becomes an advisor to Hugo Chavez, the Venezuelan President. Meanwhile, Widyan, a young violin player in the Iraqi symphony orchestra, has lost her hearing after being attacked by the son of the Iraqi President. She travels to Paris for medical treatment, where she is befriended by Taj al-Muluk. Despite the difference in their ages, they form a close friendship, bound by their sense of belonging to a country which has rejected them both, for no fault of their own.

What Sin Caused Her to Die by Mohammed Al-Maazuz (Morocco)

What Sin Caused her to Die? is a call to return to philosophy, goodness and beauty in the fight against ugly distortions of human nature. Despite her divorce, Raheel is determined to remain hopeful. Having always found refuge in reading Sartre and Le Beauvoir, and contemplating the worlds of music, philosophy and human freedom, she determines to reengage with the world and resist depression through music. Her mother had tried to do the same through drawing and painting, although she committed suicide, leaving her young daughter behind. Raheel chooses to use her freedom to play and sing, sowing a last seed of hope.

Summer With the Enemy by Shahla Ujayli (Syria)

Summer with the Enemy tells the story of Lamees, who having fled the war in her home country, arrives in the German city of Cologne to meet Nicholas, a lecturer at the University of Munich, who welcomes her and enables her to pursue her studies in Germany. In the 1980s, Nicholas followed in the footsteps of the Arab astronomer Al-Battani and spent a summer in Lamees’ home town of Raqqa in Syria. While doing research and surveying the sky, he met and fell in love with her mother Najwa. The courtship tortures Lamees and Nicholas became her sworn enemy. Through Lamees’ voice, who is in her thirties, we hear the story of three generations of women, and learn about the history of the Arab region and surrounding areas over the course of a century.

Cold White Sun tells the story of a young intellectual Jordanian man, impoverished and alienated from his conservative society. Working as a teacher in the Jordanian capital, Amman, he is forced to rent a miserable, windowless room in one of the poor districts. He soon discovers that his predecessor was an old seller of lottery tickets who died in the room. His body rotted and he was only found by the neighbours because of the smell. The room seems to him to be a metaphor for his life and his mental struggles, as his existentialist questions grow ever more intense.

2008: Sunset Oasis by Bahaa Taher (Egypt)
2009: Azazeel by Youssef Ziedan (Egypt)
2010: Spewing Sparks as Big as Castles by Abdo Khal (Saudi Arabia)
2011: The Arch and the Butterfly by Mohammed Achaari (Morocco) and The Doves’ Necklace by Raja Alem (Saudi Arabia)
2012: The Druze of Belgrade by Rabee Jaber (Lebanon)
2013: The Bamboo Stalk by Saud Alsanousi (Kuwait)
2014: Frankenstein in Baghdad by Ahmed Saadawi (Iraq)
2015: The Italian by Shukri Mabkhout (Tunisia)
2016: Destinies: Concerto of the Holocaust and the Nakba by Rabai al-Madhoun (Palestine)
2017: A Small Death by Mohammed Hasan Alwan
2018: The Second War of the Dog by Ibrahim Nasrallah