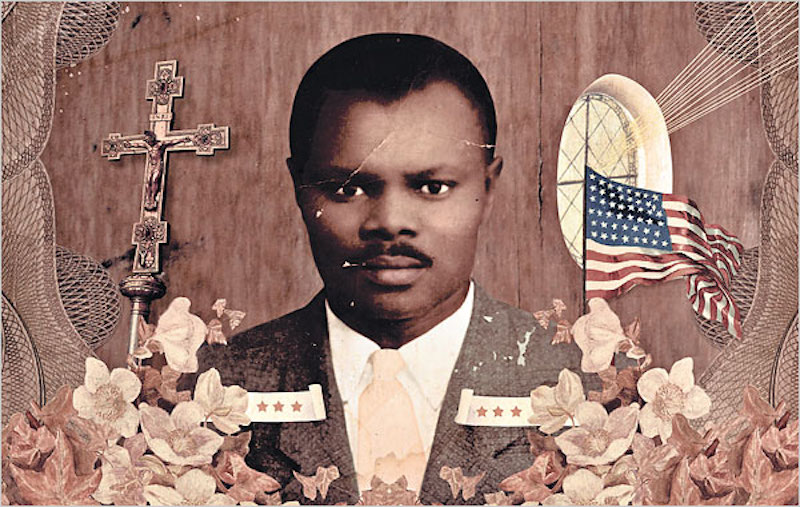 "He died in a Florida hospital, probably in shackles, the following day" 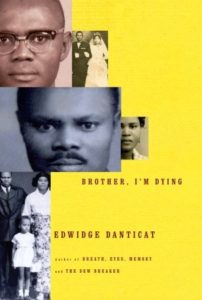 “Joseph Dantica, one of two brothers at the heart of this family memoir, was a remarkable man: a Baptist minister who founded his own church and school in Port-au-Prince, Haiti; a survivor of throat cancer who returned to the pulpit using a mechanical voice box; a loyal husband and family man who raised his niece Edwidge Danticat to the age of 12, when she joined her parents in Brooklyn. (The ‘t’ at the end of ‘Danticat’ is the result of a clerical error on her father’s birth certificate.) When Dantica fled Haiti in 2004, after a battle between United Nations peacekeepers and chimères — gang members — destroyed his church and put his life in jeopardy, he was 81, with high blood pressure and heart problems, and yet for 30 years had resisted his family’s pleas to emigrate to the States. He intended to return and rebuild his church as soon as the fighting stopped. But to the Department of Homeland Security officers who examined him in Miami, his plea for temporary asylum meant he was simply another unlucky Haitian determined to slip through their fingers. When he collapsed during his ‘credible fear’ interview and began vomiting, the medic on duty announced, ‘He’s faking.’ That refusal of treatment cost him his life: he died in a Florida hospital, probably in shackles, the following day.

How does a novelist, who trades in events filtered through imagination and memory, recreate an event so recent, so intimate and so outrageous, an attack on her own loyalties and sense of deepest belonging? The story of Joseph Dantica could be, perhaps will be, told in many forms: as a popular ballad (performed, in my imagination, by Wyclef Jean); as Greek tragedy; as agitprop theater; as a bureaucratic nightmare worthy of Kafka. But Edwidge Danticat, true to her calling, has resisted any of these predictable responses … giving us a memoir whose cleareyed prose and unflinching adherence to the facts conceal an astringent undercurrent of melancholy, a mixture of homesickness and homelessness.”

“…immigration often involves a kind of generational sacrifice, in which the migrants themselves give up their personal ambitions, their families, native countries and the comforts of the mother tongue, to spend their lives doing menial work in the land where their children and grandchildren thrive. On the other hand, there is the futility, and danger, of staying put in a country that over the course of Danticat’s lifetime has spiraled from almost routine hardship — the dictatorship of the Duvaliers and the Tontons Macoute — to the stuff of nightmares. Danticat’s father and uncle stand on opposite sides of this bitter divide

“In Danticat’s recounting, the United Nations peacekeepers who arrived to stabilize the country after Aristide was forced into exile appear far more interested in battling local gangs than in serving the traumatized civilian population. The Creole expression for this kind of governance is ‘mòe;de soufle’: ‘where those who are most able to obliterate you are also the only ones offering some illusion of shelter and protection.’ Joseph Dantica’s greatest failing, it appears, was his refusal to cut deals or strategize; his withdrawal from politics early in life left him without the instincts or vocabulary to defend his church and himself. He arrived in the United States holding a valid tourist visa, but because of the circumstances and his intent to return later than he had originally planned, he insisted on asking for ‘temporary asylum,’ not fully comprehending what this meant. Had he not clung so stubbornly to his own truth, he might still be alive.

After his brother was buried — against his wishes, not in Haiti but in Queens — Danticat’s father declared: ‘He shouldn’t be here. If our country were ever given a chance and allowed to be a country like any other, none of us would live or die here.’ Danticat lets this stand without comment; we are left to imagine how painful it must have been for her and her American-born siblings to hear this sentiment spoken aloud.

“There is, however, such a thing as self-imposed, psychic exile: a feeling of estrangement and alienation within one’s adopted culture, a nagging sense of homelessness and dispossession. ‘A man who repudiates his language for another changes his identity,’ wrote E. M. Cioran, a Romanian exile in Paris for nearly 60 years: ‘He breaks with his memories and, to a certain point, with himself.’ Brother, I’m Dying, in its cool, understated way, begins to gesture in that direction. Danticat’s father died shortly after Joseph and was buried under the same tombstone; she imagines them together again in Beauséjour, reconciled and happy once more. But she makes no indication of how she might reconcile these shattering events with her own near-miraculous American odyssey. It’s hard to imagine how anyone could.”