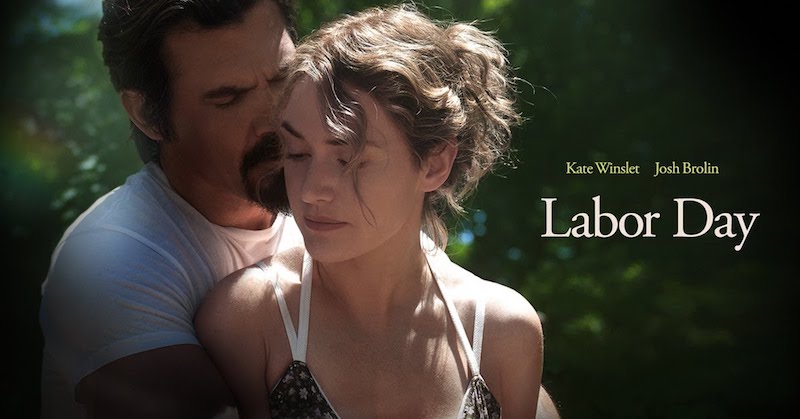 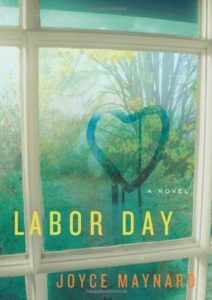 She felt everything too deeply, it was like the world was too much for her.

“Holidays in American fiction are often the tearful crossroads where domestic expectations clash with domestic reality. Joyce Maynard’s sixth novel, Labor Day, fits right in with this subgenre of broken dreams, chronicling a tense end-of-summer weekend in 1987 in a New Hampshire town.

The book’s narrator is Henry, a man in his early 30s who is looking back on his fateful 13th year, when he lived with his mother after his parents’ divorce. Labor Day weekend for adolescent Henry is a muggy, breathless pause between the tedium of vacation and the misery of middle school. But life gets a little more exciting when his mother, a depressive loner who rarely leaves the house, takes him to Pricemart to buy him some new pants.

In the store’s magazine section, a stranger asks Henry for help. He’s tall and muscular and appears perfectly competent, but when Henry notices that his leg is bleeding, the man explains that he fell out of a window. ‘[M]aybe it was that everything seemed so odd back then,’ reflects the older Henry; ‘this comment in particular didn’t stand out.’

Things turn odder still when the stranger — whose name is Frank — cajoles Henry’s mother into giving him a ride to her house. ‘He was probably the first person we’d had over in a year. Possibly two,’ Henry confides. Yet his mother seems utterly unfazed by Frank, even after he tells them that he just escaped from the state penitentiary, where he’d been doing time for murder. 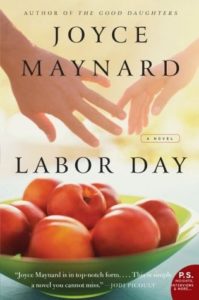 “Faster than you can say ‘suspension of disbelief,’ this trio of misfits adjusts into a facsimile of a happy family. Frank makes himself at home in Henry’s dark, cluttered house. While TV news reports burble warnings about the search for the dangerous felon, Frank does the laundry, cleans the furnace filters, offers Henry baseball tips and teaches him how to make peach pie. Meanwhile, Henry’s mother and Frank fall into a dreamy, hostage-flavored romance. With her full cooperation, Frank ties her up with her own scarves and feeds her his homemade chili, as Henry looks uncomfortably on. ‘I shouldn’t be here was how I felt,’ he murmurs. We’re with him.

Reduced to its broad outlines, Labor Day can’t help sounding a little ridiculous: a goofy mash-up of Mary Poppins, The Bridges of Madison County and Cape Fear, minus the fear. But there is a lot more to it than that. Like all the fiction Joyce Maynard has written, her new novel may lack many of the literary qualities thought necessary to create a convincing illusion, yet it will not be dismissed. It insists on having its say.

We can’t fully understand that insistence without knowing something about Maynard’s own personal story, which she detailed in her eyebrow-raising 1998 memoir, At Home in the World. In that book, she depicts the homes of her youth and young adulthood as far less cozy than the idealized representations she saw on her favorite TV shows. Her early years were dominated by her father’s alcoholic rages and her mother’s seething frustration. From a very young age she worked feverishly to fulfill both parents’ grand expectations, eventually selling a cover story to the New York Times Magazine, in 1972, called ‘An Eighteen Year Old Looks Back on Life.’ She too insisted on having her say. 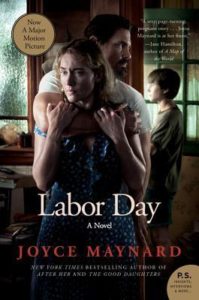 “The article, with its full-length photo, caught the attention of none other than author J. D. Salinger, then 53 years old and living semi-reclusively in small-town New Hampshire, about 60 miles from Maynard’s own childhood home. Before too long she dropped out of Yale and moved in with Salinger, with her parents’ inexplicable benediction.

Less than a year later, before she had turned 20, Salinger unceremoniously threw her out. Maynard used her earnings as a budding writer to buy her own cabin in the woods, where she nearly had a nervous breakdown. There followed a succession of apartments and houses; a marriage; three children; a divorce. Through it all Maynard has remained almost obsessively domestic — her website includes a video in which she demonstrates how to make a proper pie crust, just as Frank does in her new novel — yet she still seems haunted by an unfulfilled dream of home.

Backed up by this autobiographical information, Labor Day begins to make much more sense. It too is haunted by impossible fantasies of a happy home. And it too features a scarred adult who looks back on the ruin of his childhood in an attempt to make some sense of it. Its best moments come straight from real life: Henry talks of making a coupon for his mother that offer his services as ‘Husband for a day’ — something Maynard mentions in a website article that her own son once did for her. Learning how to make pie with Frank gives Henry ‘a nice feeling. . . . Like we were all normal people here.’ Considering all the ways it’s possible to be uncomfortably cooped up with family over a long holiday weekend, the notion of harboring a dangerous fugitive as a father figure doesn’t seem quite so outlandish after all.”