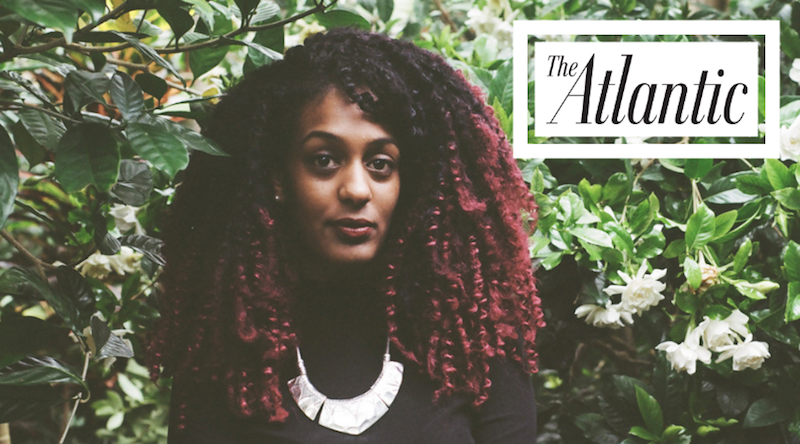 This week we spoke to The Atlantic culture writer, Hannah Giorgis. 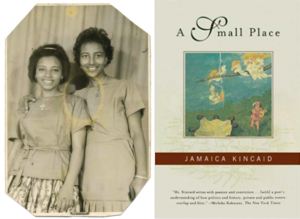 Hannah Giorgis: A Small Place by Jamaica Kincaid. It’s one of the most efficient, gripping books I’ve ever read. The way Kincaid wields language is uniquely incisive; the work expands so many preceding texts. I think about it all the time, and I would’ve loved the chance to really engage some of Kincaid’s assertions about the stakes of tourism, neo-colonialism, and the slipperiness of national identity. How do conversations about tourism shift if we decenter whiteness? What are the stakes of travel across the African diaspora, and can any of us ever really be home? What do we owe the people we leave behind?

HG: I’m so grateful for Vintage Addis Ababa, a photo book by Wongel A. Abate, Philipp Schütz, and Nafkot Gebeyehu that draws from crowd-sourced images to offer a look back at the city I love most.

HG: I completely understand it, but also find myself sometimes frustrated by some readers’ impetus to categorize reviews by whether or not a critic liked a book. There are plenty of books—plenty of art—that can be distasteful or difficult or even unpleasant but still valuable and instructive. It’s such a minor thing, but I find that the idea of pleasure is so often the starting place for any discussion about a book. But what function do we want books to serve—and who do we push away when we prioritize the palatable? There are books that that have gutted me, which I have trouble saying I enjoyed, but that have stayed with me, that have changed how I think about the world and the people around me.

HG: My own participation in book criticism can’t really be separated from the age of social media, but I’ve been reading it since well before that. To my eye, it feels like authors are more able to directly engage both readers and reviewers (and vice versa). That’s certainly made for more democratic criticism, which is exciting. In my own life, a lot of people who have eventually commissioned me found my work via Twitter or Tumblr, that strange blessed corner of the internet. I’ve also been able to follow writers before they wrote books and witness the trajectory of their careers before they even sell a manuscript or a proposal. That quasi-personal relationship gives you a different kind of appreciation for the process of crafting something as daunting as a book. It also makes it easier to find even more folks doing this work.But the easily quantifiable metrics of social media can also discourage less visible writers. And not everyone can afford to be visible in the way that social media both rewards and punishes. Women, people of color, and LBGTQ folks experience tremendous harassment on the same platforms that publishing houses look to as predictors of their marketability. Writing is already a vulnerable task. There are times when I wish we didn’t all have to submit to this more all-consuming kind of openness, too.

HG: There are so many! I’ve really enjoyed being part of a whole crew of book nerds at The Atlantic, but oh man, there are some really thoughtful people I’m grateful to learn from and alongside, across publications. Doreen St. Félix at the New Yorker, everyone at BuzzFeed Reader, Jo Livingstone at the New Republic, Haley Mlotek, Naomi Elias, Carla Bruce-Eddings, Alison Herman at The Ringer, Salamishah Tillet, the whole New York Times books squad, and so many others.

Hannah Giorgis is a staff writer at The Atlantic, where she covers culture. Her work has appeared in the New York Times Magazine, New Yorker, BuzzFeed News, The Guardian, Pitchfork, The Fader, andThe Lifted Brow, among others. She is the 2018 Jack Jones Literary Arts Writers of Immigration and Diaspora fellow.