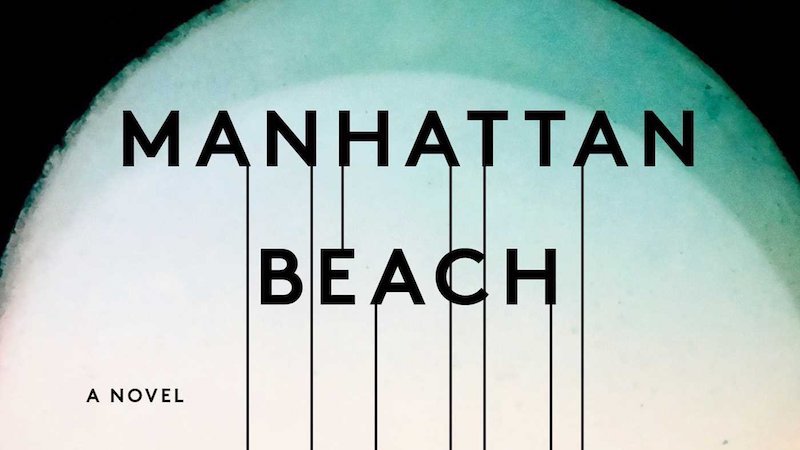 Half Savage and Hardy, and Free:On Jennifer Egan's Manhattan Beach

“…a dreadnought of a World War II-era historical novel, bristling with armaments yet intimate in tone. It’s an old-fashioned page-turner, tweaked by this witty and sophisticated writer so that you sometimes feel she has retrofitted sleek new engines inside a craft owned for too long by James Jones and Herman Wouk … How to search for a body underwater, how to facilitate your rescue if lost and drifting at sea, how to run a nightclub, how to bribe a cop, how to care for an invalid — you learn things while reading this novel. Egan’s fiction buzzes with factual crosscurrents, casually deployed … Egan is a generous writer. She doesn’t write dialogue, for example, so much as she writes repartee. Many writers’ books go slack when their characters open their mouths, as if dullness equals verisimilitude. Egan’s minty dialogue snaps you to attention … If I have a complaint about Manhattan Beach, it’s that while Egan is in full command of her gifts, there’s only rarely a sense that she’s pushing herself, or us. This novel is never estranging. It never threatens to overspill its levees, or to rip us far from shore and leave us there for a while. Egan works a formidable kind of magic, however. This is a big novel that moves with agility. It’s blissfully free of rust and sepia tint. It introduces us to a memorable young woman who is, as Cathy longed to be again in Wuthering Heights, ‘half savage and hardy, and free.’”