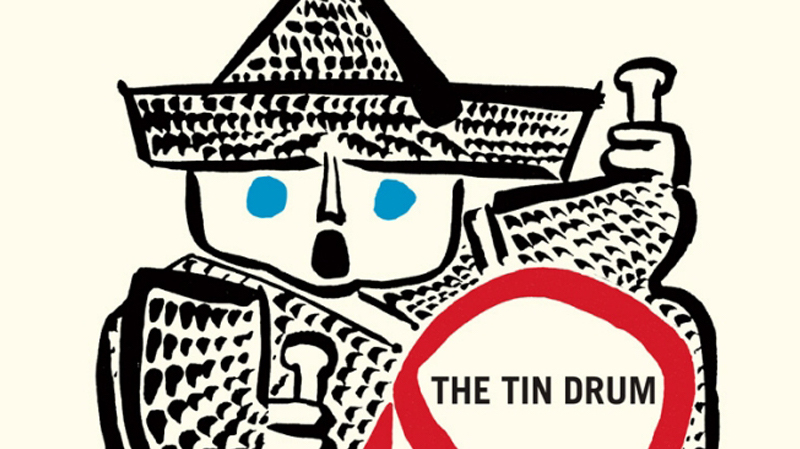 "Gross, Grotesque, Gruesome and Horrible Throughout" 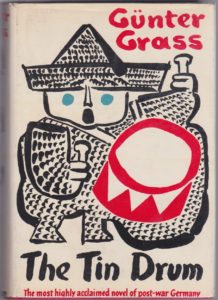 “Even bad books are books and therefore sacred.”

“In 1924 in the free city of Danzig an extraordinary child was born. A few minutes after his birth Oskar Matzerath understood adult conversation. At the age of three by an act of his own will he stopped growing and retained the body, appearance and speech of a child of three until his late teens when he decided to grow some more and grew from three feet to four feet one inch. Oskar was a prodigy of a peculiar and frightening sort. In his amazing life he committed atrocious crimes, performed miracles and eventually accepted punishment for a crime for which he was innocent. The first-person story of his life has been acclaimed in Germany, France and England as a great, wonderful and comic masterpiece.

This is indeed a remarkable book. Whether it will attract American readers is doubtful. It is very German and in many episodes very repulsive. But it is brilliant also, certain to be highly praised and widely discussed. The Tin Drum is a picaresque novel nearly 600 pages long. It is other things, too: a fantasy, a farce, a ferocious satire and a comic extravaganza. Günter Grass, a young man from Danzig who now lives in Berlin, is exuberantly inventive and imaginative. He is an unflaggingly zestful story teller. He is prodigiously resourceful in the creation of bizarre minor characters.

Although this talent, probably the most authentic literary talent to appear in Germany in 25 years, pours forth in a torrential spate, The Tin Drum is much too long. It is repetitious. It is soggy and tedious in spots. It is gross, grotesque, gruesome and horrible throughout. Even those who think themselves inured to the indecencies of modern fiction will find much of The Tin Drum excessively nasty. It is blasphemous also, deliberately and offensively blasphemous.

“Oskar never once considers the ethics of any question. He steals, commits adultery, murders and betrays without hesitation. He does not regret anything, not even the slaughter and destruction of World War II, the insanity of Nazism or the sleek materialism of post-war Germany. If Oskar is a symbolic figure, a German Everyman, then Günter Grass is disillusioned to the point of despair.

Reading The Tin Drum is rather like experiencing a Teutonic nightmare. There are crowds of people, all of them a little larger than life, all of them stupid, malevolent, lustful or eccentric. There are many powerfully described, brutally realistic episodes. There are many flights of ridiculous fancy. The humor of The Tin Drum is always the humor of mockery, or of contemptuous pity. One does not smile in these pages; one winces and shudders.

“The Tin Drum may be an eloquent wail of despair similar to some of the novels written by the French existentialists. But unlike those weary books it is not limp and opaque. It crackles with life and seethes with vitality. Its prose prances and cavorts. Mr. Grass writes with range and exults in the joy of writing.

And just because of the fantastic nature of his novel Mr. Grass did not worry about probability, convincing motivation, psychological truth. It was enough to be arresting, brilliant, clever, disgusting. But is that really enough? I can’t think so. How much more effective The Tin Drum would have been if written with a modicum of restraint, selectivity and taste!”