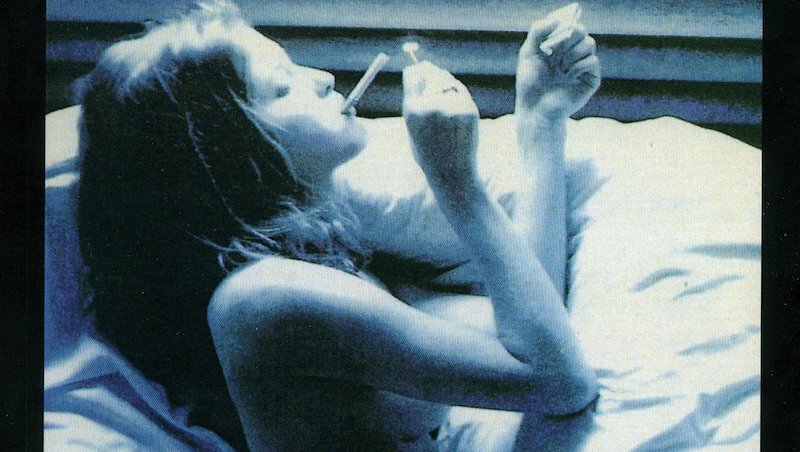 A quarter century on from its publication, we look back at Darcey Steinke's "brooding, explicit novel of sexual degradation" 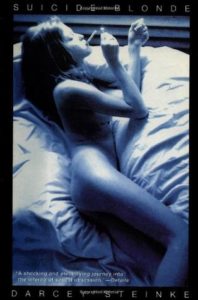 You’ll see, there are a million ways to kill off the soft parts of yourself.

“Darcey Steinke’s slender second novel is a disturbing, poisonous fable of the dire consequences of derailed passion, a dark primer on how to abuse anyone and anything—from lovers and family members to alcohol and heroin. Desire ‘unpredictable as a wild bird stuck in a house’ propels the feverish narrator, a young woman named Jesse, on a hallucinatory sexual rampage through a dystopian nightside San Francisco, a tawdry world of whorehouses and drag bars, worn-out drifters and wasted dreams. Experiencing her own life with a voyeur’s greedy longing, the beautiful and overwrought Jesse wanders miserably among the members of an unholy trinity, each of whom is a grotesque caricature: Bell, her tortured bisexual boyfriend; Madam Pig, a corpulent, reclusive alcoholic; and Madison, a mysteriously compelling, self-destructive prostitute. Peopled with misfits and borderline psychotics, Suicide Blonde is unrelentingly grim, a living nightmare about lost souls desperately hunting for even a split second of deliverance.” 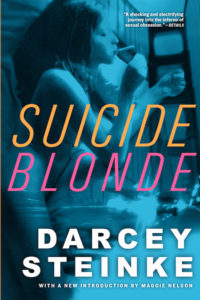 “Steinke has a diabolical grasp of the willfulness of decadence, the ambiguity of sexuality, and the transmutability of identity. Her second novel is a grim, sordid yet electrifying tale with the ambience of a Warhol or John Waters film. Jesse is a depressed and fractured bottle blonde in love with an even more depressed bisexual actor named Bell. Her only friend is a gigantic boozy lesbian named Pig who sends her out into San Francisco’s sleazy Tenderloin district to look for her ex-lover, a stripper/whore named Madison. Jesse is dangerously malleable, drawn to tormented, self-destructive types who somehow make her feel inadequate. Traumatized by her parents’ divorce and determined to be bad, she describes herself as ‘the worst kind of person, attractive, overeducated, raised with middle class delusions of grandeur.’ Unable to keep Bell away from men and infatuated with Madison, Jesse cruises gay bars, sex clubs, and opium dens, selling her body and battering her soul. But somehow she’s immune, merely a slumming tourist in a diseased world that destroys its genuine inhabitants. Edgy and powerful stuff.” 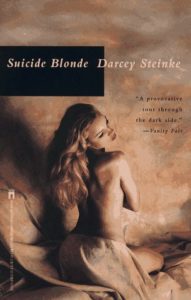 “The author of Up Through the Water evokes sordid, neon-lit San Francisco nights in her brooding, explicit new novel of sexual degradation and futility. The story opens as narrator Jesse, shunned by her aloof lover Bell, bleaches her hair in a pathetic effort to impress him. ‘I have always been attracted to people who make me feel inadequate,’ Jesse admits, and Bell?who frequently leaves her for homosexual liaisons and craves a former male lover?is a perfect example. But he needs her, too, to provide his false link to conventional heterosexuality. Jesse manages to leave Bell, but continues to welcome abuse; she descends into the nocturnal world of heroin addict Madison, an icy, cruel woman who derives her strength from punishing the weak. Every conversation here constitutes a power struggle; every statement brings revelation. Jesse’s relentless introspection, raw emotions and indulgence in meaningless sexual encounters may put off some readers. Nevertheless, Steinke reveals many hard-to-accept truths about sentimental love, self-delusion and obsession as she strips each character of dignity.”

A twenty-fifth-anniversary edition of Suicide Blonde is available from Grove Press.