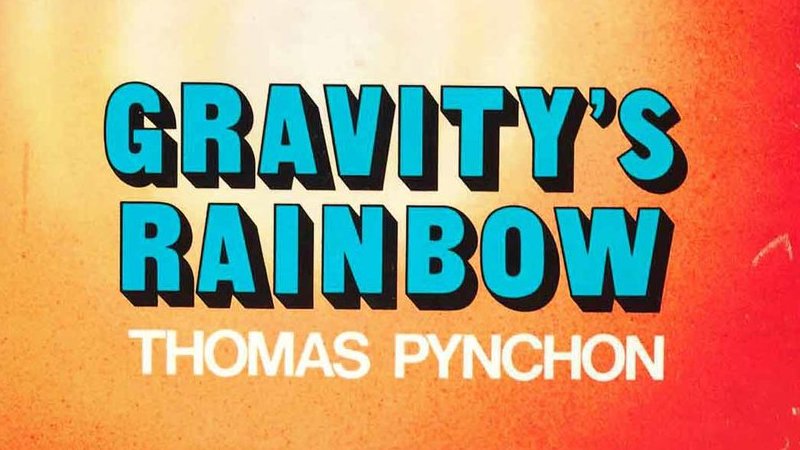 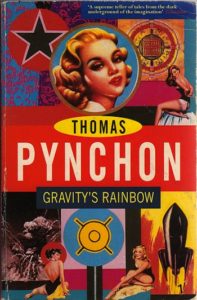 If they can get you asking the wrong questions, they don’t have to worry about answers.

“Pynchon’s new book is thus an event—it breaks seven years of silence and allays the fear that he might never go beyond his early success. Gravity’s Rainbow is longer, darker and more difficult than his first two books; in fact it is the longest, most difficult and most ambitious novel to appear here since Nabokov’s Ada four years ago; its technical and verbal resources bring to mind Melville and Faulkner. Immersing himself in ‘the destructive element’ and exploring paranoia, entropy and the love of death as primary forces in the history of our time, Pynchon establishes his imaginative continuity with the great modernist writers of the early years of this century. Gravity’s Rainbow is bonecrushingly dense, compulsively elaborate, silly, obscene, funny, tragic, pastoral, historical, philosophical, poetic, grindingly dull, inspired, horrific, cold, bloated, beached and blasted. 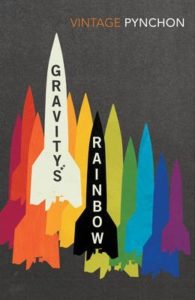 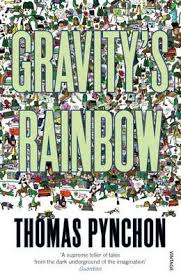 “The risk that Pynchon’s fiction runs is boredom, repetition without significant development, elaboration that is no more than compulsiveness. For all its richness and exuberance, V. is more a wonderful, concatenated jigsaw puzzle than an esthetically coherent literary structure. The Crying of Lot 49 is smaller but better built. In Gravity’s Rainbow the structure is strained beyond the breaking point. Reading it is often profoundly exasperating; the book is too long and dense; despite the cornucopia of brilliant details and grand themes, one’s dominant feelings in the last one to two hundred pages are a mounting restlessness, fatigue and frustration. The book doesn’t feel ‘together.'”