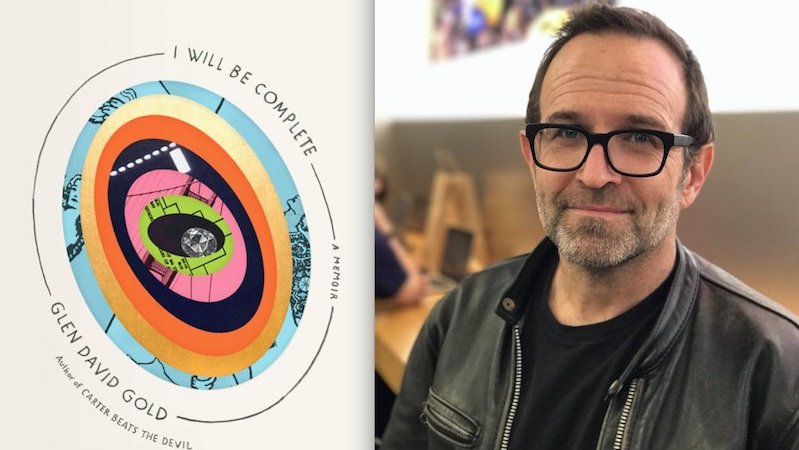 Glen David Gold: Five Memoirs that "Tear It Up and Tear It Down"

Glen David’s Gold’s new memoir, I Will Be Complete, is published June 26. He talked with Jane Ciabattari about five unconventional memoirs. 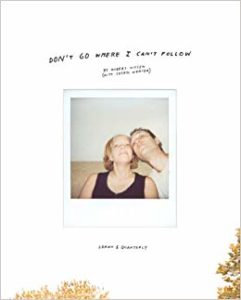 Nilsen is a comics guy but this isn’t comics, exactly. It might be the rawest personal narrative I’ve ever read. The story is simple: he fell in love with Cheryl Weaver, and she died quickly of cancer. In grief, Nilsen created—I’m not sure “wrote” is the right word—a brief graphic piece that throws all the rules of storytelling out the window. He did it “too quickly”—right after her death—and it’s not as if he processed anything. He made art seemingly by turning his pockets inside out. Here are photos of some post cards, here’s a letter, here’s some photos of a trip to France, here are some corn chips and rocks. And then the drawing kicks in. The ending pages of this book, 16 panels about Weaver’s memorial, are transcendent and gorgeous and it’s as if they weren’t drawn but discovered, as if this story has always existed. You can read this as a lesson in how to directly access emotions. I still tear up when I read this.

Jane Ciabattari: You make this sound so compelling I want it in my hands right now. Do you think the freshness of his grief is what broke through the “rules”? Can you offer a line that gives a sense of that rawness?

Glen David Gold: Ah, this will make me tear up again. After she’s in the hospital he writes in his journal, “I will be so thankful if this all turns out for the best.” 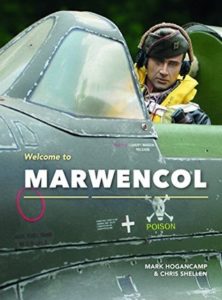 Marwencol is the name of an imaginary town in Belgium, 1944 or so. It exists only in photographs populated by action figures.  The book explains: Mark Hogancamp came out of a coma with amnesia. He was a frustrated artist, apparently, but he could no longer draw, so he made the dioramas as reproduced in the book. As you turn the pages, you realize the scenes are recreating, in an emotional but not literal sense, the circumstances that led him to being beaten half to death. His story has been told in a documentary film but the book of his photographs is not just an accompaniment, it’s its own weird beast, a trauma elevator that goes down and goes up. You can’t bet against the redemptive power of art, and the plasticity of the brain is equally amazing. Memory turns out to be subjective about nouns and very accurate about adjectives.

JC: I’m interested in how you describe the challenge of achieving emotional accuracy, even moreso than “facts,” in memoir. And I’m intrigued by your explanation that memory in this work is subjective about nouns and accurate about adjectives. Can you give an example?

GDG: In the most literal sense: he was beaten into a coma by five idiots outside a bar and one of his most effective series of photos is of a WWII GI getting stomped by five SS soldiers. So the nouns: same pain, same boots, same trauma, but done in a (here come the adjectives) historical, political, romanticized distance. Here’s a quote that I like “When I set up or shoot a scene, it’s as if the characters tell me what to do…So, with my camera, I’m trying to take something plastic and make it look real, because in my head it’s real…I know how an American WWII soldier’s coat feels and moves because I have one.” Maybe I should have said this: he takes the same feelings from life and plugs them into a different set of circumstances. 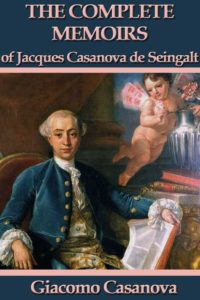 My friend Bill recommended the Memoirs of Casanova to me twenty years ago. I responded the same way everyone probably does, with a little contempt for the subject. Casanova was synonymous with erotic compulsion, and within that (to my mind) a life not that well examined. Holy cow was I wrong. Bill had said that if you were in a carriage traveling from Paris to Vienna in the 18th century, and you had the fortune of sitting next to Casanova, you would have scored the best traveling companion ever. It’s true. Casanova is hilarious, intelligent, diplomatic, hot-headed, well aware of his contradictory nature and he goes off on these riffs about religion or food or sex that sound like they were written in 2018 by someone who still knows how to use dependent clauses and complex arguments.

Also: it’s 12 volumes. That was an inspiration for me. Characters disappear for 200 pages and then pop up again unexpectedly and it’s a delight. The main attraction is that Casanova has no fear of putting his thumb on the scale, of making himself a character, not an objective floating eye but someone who is going to argue circles around you, Milton-style, until you surrender and go along for the ride.

(Make sure you have the unexpurgated version; as far as I know the only such edition is by Johns Hopkins Press—the edits weren’t so much about sex as about his shocking secularism.)

JC: Plus the difficulty of writing about sex. He didn’t seem daunted; how do you think he would have managed today?

GDG:  He was of course relentless but he wasn’t an ogre. I’ve read some interesting feminist interpretations of the text which point out the women in his assignations often end up getting the better end of the deal. And unlike D’Artagnon of The Three Musketeers (have you READ that book recently? It’s fine fare and then HORRIFYING), Casanova never forced himself on anyone. That said, yes, in current times re-evaluating his message is clearly important. 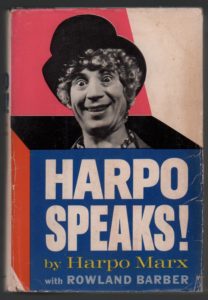 When I was seven I was obsessed with the Marx Brothers. A friend of the family found a box of Ruth Marx’s books—she was Groucho’s first wife—at a thrift store and bought them for me. Among them was a copy of Harpo Speaks, which I read in two days. If Casanova is the ultimate traveling companion, Harpo is the ultimate good-hearted silent witness to the rise of American entertainment in all its forms. Even though he was a grade school drop out, he was everywhere at the right time: vaudeville during its grandeur, the Algonquin table in 1923, France before the Depression and Hollywood in the 1940s.

This is a “show biz” memoir in concept only. I’ve recommended it to many people who care nothing for comedy or the Marxes, and yet the narration ends up charming them into hanging out with Harpo, whose eye always falls perfectly on the correct telling detail. When I was writing, “What would Harpo do?” was one of my prompts.

JC: Give us a telling detail. And an example of “What would Harpo do?”

GDG: What Harpo always did was puncture pretentions. Without having the book in front of me: He said the best act in vaudeville was a guy who inflated a rubber owl, then blew air out of its ass to make fake, squealing and surprisingly conversational-sounding farts. When he met Alexander Woollcott, the terrifying drama critic of the New Yorker, and heard Woollcott talking for the first time, he asked if he’d ever perhaps seen this act. No? Why? Oh, no reason. They ended up being life-long best friends. 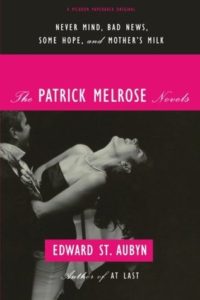 Hey, you know the most efficient way to annoy a novelist? Ask “Is this autobiographical?” We get irked for a few reasons, one of them being “Why are you disrespecting my imagination?” and another being that we don’t really know the answer. I’ve only been at this racket for about 20 years, so my data is still sketchy, but I think novelists are at their canniest when they are plugging their own emotional truths into a sequence of events that is entirely made up. So in my case, I felt excited, anxious, depressed, hopeful and finally autonomous when I was twelve and living on my own for a bit; my character Charles Carter feels the same when abandoned in an 1897 snowstorm under entirely different circumstances.

Edward St. Aubyn isn’t Patrick Melrose and it’s true that reading this as autobiography is a terrible way to approach the book.  Imagination is what gives it life, after all, but hey wait a minute let’s talk about that. St. Aubyn has said in interviews that he felt he would genuinely die if he revealed that his father had raped him. So he did that thing of projection: it didn’t happen to me; it happened to him, to Patrick Melrose. I can easily see that the more of an actual character Melrose became the more specific and real the emotional resonance became.

When I was 8, my father, who was an amateur astronomer, told me that the best way to see the dimmest stars was to look slightly past them, that looking directly occluded the light most difficult to see. This was a fantastic metaphor. As with Welcome to Marwencol, there’s something thrilling about realizing that after trauma the direct gaze is sometimes less authentic than the indirect, the way that reaching to make art is the thing that saves you. In this case, it means making up a character to stand in for yourself and then letting his emotions grow like a Chia pet.

When I last read Melrose, I had a faint idea that if I wanted to write about my own life, I needed to do the same for myself. In other words I needed to do that projection onto a character who would in fact be Glen David Gold. It was one of the stranger tasks I’ve given myself, but it seems to have opened the door to confessional for me.

JC: Do you have a favorite Patrick Melrose novel of the five?

GDG: I think the first [Never Mind] is the most solid—and shocking. I’m also very fond of the last pages of the final volume [At Last], as the anti-seduction set piece is deeply uncomfortable and the conclusion brilliantly earned.

JC: James Wood describes Patrick Melrose as “the scion of a wealthy dynasty almost as monstrous as the dodgier Roman emperors,” and lauds St. Aubyn for his approach: “In good and bad ways, his fiction offers a kind of deadly gossip, and feeds the reader’s curiosity like one of the mortal morsels offered up by Tacitus or Plutarch in their chatty histories.” You bring up another aspect of St. Aubyn’s work—the beauty of the work of the imagination in transforming life into art, as in the novel. How did you go about using the imagination to write memoir?

GDG: That was a puzzle, as I think people would consider “imagination” to be the same thing as “making stuff up,” a process which turns out to be frowned upon in memoir (WHO KNEW). But imagination is also speculation and, when it comes to characters, a kind of empathic guessing game. Making a good character in fiction is in part about listening to what the character presents—judgments, observations, choices, behaviors—and I’m sure anyone who’s had the experience of writing fiction knows there’s a weird alchemy where you both know what they’re going to do next, and yet they still have the ability to surprise you. That’s imagination at work, right? That’s the feeling I had when reading my old journals and combing over memories—I had to account for the 12-year-old, 19-year-old, 27-year-old me. I build out that character as if he were substantial enough to be in a novel. Imagination was a way of finding certainty in the narrative in a way that I didn’t find when, y’know, living.

Jane Ciabattari, author of the short story collection Stealing the Fire, writes the Between the Lines column for BBC Culture. She is a former president of the National Book Critics Circle and a member of the Writers Grotto. Her reviews, interviews and cultural criticism have appeared in the New York Times Book Review, the Guardian, Paris Review, the Washington Post and the Boston Globe, among other publications.
Share:
© LitHub | Privacy
%d bloggers like this: