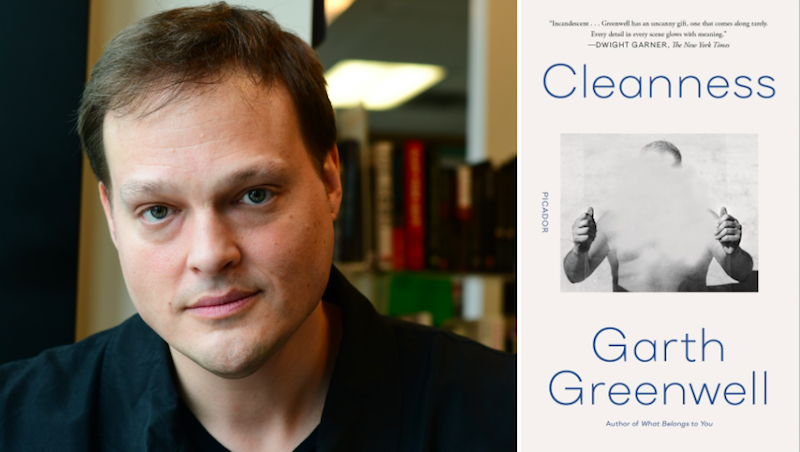 13 rapid-fire book recs from the author of Cleanness

This week, we spoke to the author of Cleanness, Garth Greenwell.

Garth Greenwell: Harold and the Purple Crayon by Crockett Johnson. It’s still the most perfect book I know about being an artist.

GG: Philip Roth’s Sabbath’s Theater. I don’t know another book that is so frightening, so hilarious, so sexy, so repulsive, so unflinching in the face of chaos, so heartbreaking. It plunges straight into the abyss, and each time I reread it I admire it more. Also, obviously, Baldwin’s Giovanni’s Room, which I’m always talking about.

GG: Sylvia Townsend Warner’s Lolly Willowes, about an aging eccentric English woman who joyfully discovers she’s a witch. I wish I could understand how fluidly it handles time and how it manages to be both utterly savage and strangely gentle at once. The turns of phrase that gleam on every page often seem nearly miraculous to me.

Also Jamaica Kincaid’s See Now Then, which I think got knocked about a bit by critics when it came out but which is utterly brilliant and unsparing. Kincaid’s sentences are one of the rare real technical innovations in recent fiction; they’re utterly thrilling.

GG: Barbara Browning’s The Correspondence Artist, which is head-spinningly brilliant. I think Browning too is inventing new technical resources for the novel; I can’t think of many writers at work today who excite me so much.

GG: Jameson Fitzpatrick’s Pricks in the Tapestry, a profound collection of poems that is not only beautiful but also, as I think most great poetry is, utterly without defenses. They’re extraordinary. And Chia-Chia Lin’s debut novel, The Unpassing, has the most devastating ending of any book I’ve read in years. I’m always proselytizing about that book, which is so good in so many ways. Everyone should read it.

GG: Henri Cole’s Blizzard was one of the great books of the year. Cole is a great poet, I think, another writer who finds a way to be utterly vulnerable on the page. There’s something very exciting to me in how his poems are at once searing and somehow cool to the touch. This new book is inspiring in its approach to politics, what feels like a commitment to a way of being political that utterly rejects the whole idea of power that Trumpism, and fascism more generally, is based on. I’m not sure any book has felt more useful to me for surviving the past year.

GG: Two books made me laugh out loud in the terrible final months of 2020, when laughter was awfully scarce: David Leavitt’s Shelter in Place and Juliana Delgado Lopera’s Fiebre Tropical.

GG: I wish I could have read Sarah Schulman’s The Gentrification of the Mind to orient myself in the period I was living through, and to connect me to a vibrant queer brilliance I had no way of accessing as a teen; it would have changed my life. And reading Roland Barthes’ The Neutral (ideally alongside Schulman’s Conflict Is Not Abuse) could have saved me from the faux-intellectual adversarial machismo I tried embarrassingly to inhabit for a few unfortunate years of graduate school. Sorry to everyone who knew me then.

GG: Balzac’s Illusions perdues. Well, that’s where I plan to start, but really anything by Balzac. How embarrassing!

GG: Patricia Highsmith’s The Price of Salt has maybe the best representation of an orgasm I know. And Giuseppe Caputo’s brilliant debut novel, Un mundo huérfano (recently translated by Sophie Hughes and Juana Adcock for Charco Press) stunningly explores online sexuality in a way that feels utterly new. The long third chapter of that book is an absolute tour de force.

GG: Pedro Lemebel’s Tengo miedo torero, translated by Katherine Silver as My Tender Matador. Lemebel, who died in 2015, was a heroic figure and one of the great prose stylists of the past fifty years. This book about a sort-of romance between a young revolutionary and an aging drag queen in Pinochet’s Chile is one of the marvels of literature.

GG: Yiyun Li’s Where Reasons End and Anuk Arudpragasam’s The Story of a Brief Marriage. They are both devastating books that face up to the abyss and emerge finally on the side of life (even when life is untenable). I’ve heard from many people who say they’re frightened by the sadness of the subject matter. Don’t be.

Garth Greenwell is the author of Cleanness, which was a New York Times and Washington Post Notable Book of 2020 and has been longlisted for the Joyce Carol Oates Prize and the Gordon Burn Prize. He is also the author of What Belongs to You, which won the British Book Award for Debut of the Year, was longlisted for the National Book Award, and was a finalist for several other awards, including the PEN/Faulkner Award, the Lambda Literary Award, and the LA Times Book Prize. A 2020 Guggenheim Fellow, he lives in Iowa City. 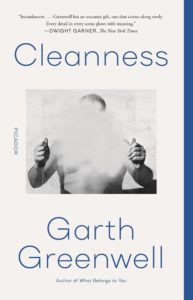 Garth Greenwell’s Cleanness is out now in paperback from Picador