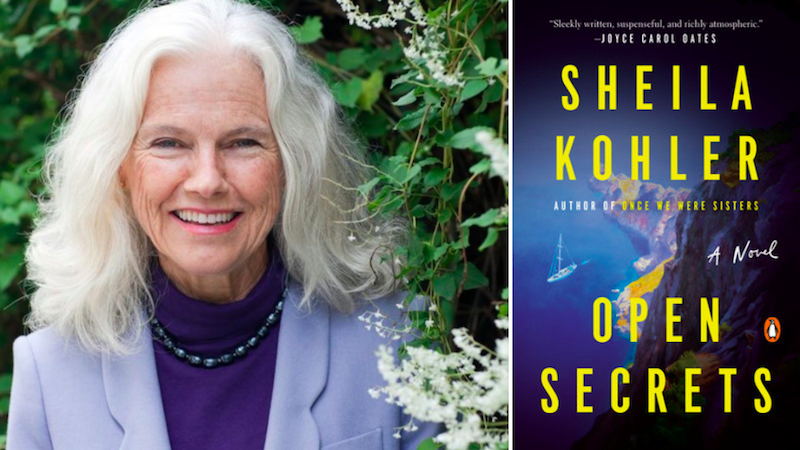 Five Short Novels with Water at the Heart of the Drama

Sheila Kohler, the author of Open Secrets shares five books in her life

Sheila Kohler’s new novel Open Secrets will be published July 7. She shares five short novels with water at the heart of the drama, noting, “Water that has come to me so often in my own dreams, dreams of lost children who must be saved from the bottom of oceans before they drown, and, in my own work, where swimmers seem to abound. Water that is often dangerous and has this dream-like quality, is wonderfully described in all these books. Ultimately it isolates the characters from the rest of society, raises the stakes, exposes them, and enables them to find their identity and for us to see them for a moment clearly in all their stark reality. 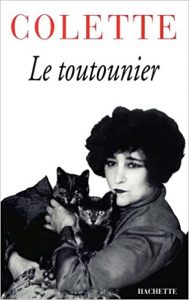 The three Eudes sisters return to their old apartment with its large English sofa: le toutounier. Each has a secret. Alice’s husband has drowned in suspicious circumstances; Hermine attempts to shoot her lover’s wife; Colombe is also in love with a married man.

Jane Ciabattari: Alice, Hermine, and Colombe seem isolated, almost frozen in time in their childhood apartment with its cramped rooms. By placing them there, Colette contrasts their childhood expectations and adult realities. She makes the familiar space, centered by that toutounier natal, seem as strong a character as the sisters, wouldn’t you say?

Sheila Kohler: Yes, you are right. There is something wonderful about Colette’s use of space, which fascinated me: the interior details like the one where Alice pulls in her stomach to pass between the piano and the wall and swing her leg over the sofa like a horse as she has done as a child. These places that echo with past times and important moments of our lives have always interested and inspired me. They enable us as writers to describe our characters indirectly through the objects around them, to work on several levels. Here these three sisters who come together in this familiar small space—almost a womb—of their old apartment are contrasted with the place where Alice’s husband has died: the big country house with its large rooms and, above all, the river, where he has perhaps killed himself. Thus the open country, the flowers, and the water where the death takes place are juxtaposed with the small spaces, the smells of cigarettes, the ash crushed between sheets of manuscript. This contrast of water with its dangers of death and houses where life takes place has often found its way into my own work. 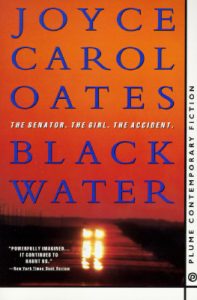 In this ballad of Chappaquiddick Joyce Carol Oates enters the mind of the young girl as she dies, trapped in the sinking car where the Senator has left her alone.

JC: Oates spells out the tragedy in her undulating opening:

“The rented Toyota, driven with such impatient exuberance by The Senator, was speeding along the unpaved unnamed road, taking the turns in giddy skidding slides, and then, with not warning, somehow the car had gone off the road and had overturned in black rushing water, listing to its passenger’s side, rapidly sinking.

How is she able to mimic the “black rushing water” in her narrative?

SK: I have such admiration for Joyce Carol Oates’ ability to create the inner voice, the rush of words in the minds of her characters, particularly the minds of young women, with such verisimilitude. How does she do it?  Here, too, the words in the young girl’s mind, the flashbacks to her life, are echoed by the rush of water, which gradually drowns her: she seems drowned both in water and in words. 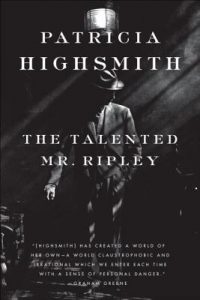 Inspired by Henry James’s The Ambassadors, Patricia Highsmith has Dickie Greenleaf’s father send Tom Ripley to bring his son, Dickie, who is enjoying the sun and sea in his boat off Mongibello, home, with unexpected results.

JC: Isn’t it ironic that Tom Ripley sets off on a transatlantic cruise to find Dickie at an Italian coastal resort and he hates water (his parents drowned in Boston Harbor and he has always been afraid of water). He ends up surrounded by water, dipping in the sea continuously, sailing to Capri on Dickie’s boat. That’s just the beginning as he transforms from a highly self-conscious con man into a sophisticated and ruthless killer. How does Highsmith keep him from being loathsome?

SK: Ah! yes! Such a good question. I think part of it is our sympathy for him, which Highsmith evokes by giving us flashbacks to his unhappy childhood (the wonderful scene when he runs after the car) and also the fact that he is initially the underdog, has no money or real class in contrast to Dickie and particularly Freddy, who is not entirely likeable either, and in some terrible way we like the story of Ripley’s success, even success in murder. We read the scene in the boat where Ripley takes Dickie’s place, the switch in his identity in the midst of the ocean, with fascination and horror—and we go on reading until the resonant last line of the book, spoken to the taxi driver: “Il meglio!” as Dickie tells him to go to the best hotel, having escaped the police and gained the fortune, and in our guilty hearts we dare to rejoice! 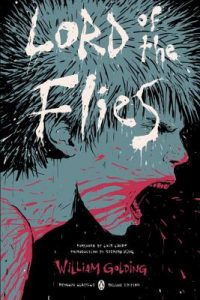 Lord of the Flies by William Golding

A group of English boys who find themselves on an island without any parental supervision gradually turn to violence.

JC: After the boys are stranded in a plane crash, their discoveries—including the question of how many of them there are, that there are no grown-ups, and that they are on an island, surrounded by water—unfold in real time. What are the elements Golding uses to move them toward discovering their capacity for violence?

SK: I think that Golding is brilliant in what he leaves out: we never know so many things: where we are and really how the boys got there, and very little about the boys’ former lives; yet the island itself, and the endless sea around it, are all made very real to us. The mythic becomes muddled with the real in our minds: Piggy’s glasses and the uses of fire, for example, and the myth of Prometheus. The boys, too, are very real to me. Golding obviously knew boys well, but he manages to give them another dimension here by using the place: the terrors of the dark, the sea around them, and the rocks, to create tension, building a battle of wills between the groups as we fear increasingly for the safety of the ones who know: Piggy and Simon. 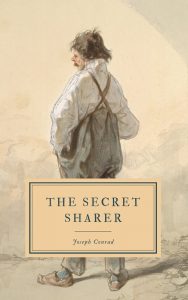 The Secret Sharer by Joseph Conrad

A young Captain takes the watch alone and finds a naked man hanging from a ladder on the side of his ship. The Captain hides the man in his cabin and discovers the many similarities between this secret sharer who has killed a man, and himself.

JC: Again, a narrator is surrounded by water, in this case an inlet in the South China Sea the Captain knows as the Gulf of Siam. How does Conrad’s choice to set this story on a ship heighten his exploration of the Captain’s choice to harbor a murderer, his confrontation with moral ambiguity, and his own capacity for evil?

SK: The ship here is obviously a microcosm of society and enables Conrad to isolate and encapsulate a whole world. The Captain’s first command when he is called upon to prove himself, renders him vulnerable and in danger of making a mistake. Here, too, as in The Talented Mr Ripley, I was particularly interested in the theme of the double: “the secret sharer,” the murderer who the Captain rescues and hides and finds ultimately so similar to himself in so many ways, down to the detail of the same school, for example. The small cabin and the vast expanse of water around them cut them off from the rest of society and enable the Captain in such close quarters to realize his similarities with Leggatt, who has killed in a moment of fury.