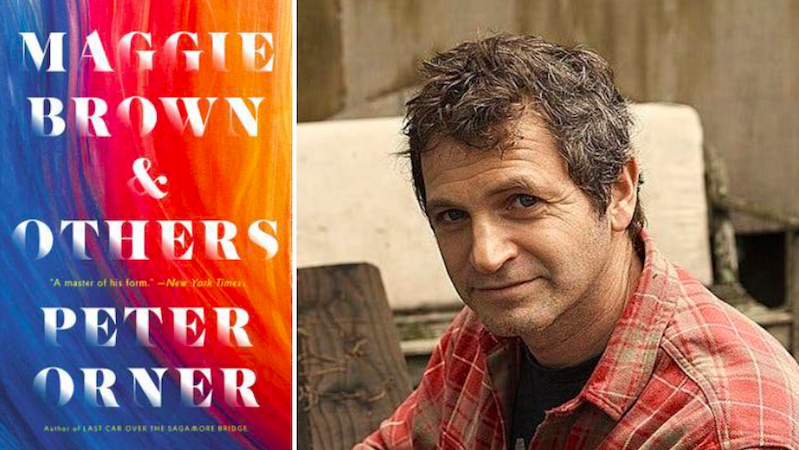 Peter Orner, the author of Maggie Brown & Others shares five books in his life 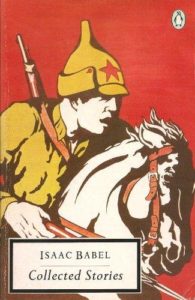 I don’t get on a plane without a copy of Isaac Babel’s stories. If it goes down, I’ll go down reading Babel. This will date me, but there’s an old Crash Test Dummies song that goes something like If I die in a car wreck/ may I have Van Morrison on my tape deck. This is how I feel about my Russian kinsman. I know it sounds absurd, but isn’t true with certain books? You feel like the writer is whispering to you personally?

Jane Ciabattari: Which Babel characters do you find most enduring?

Peter Orner: Where to begin? The Grandmother in “Childhood: At Grandmother’s.” One of the great portraits of a tough old goat of a grandmother in all of literature. Raisa Benderskaia in “Guy de Maupassant.” Raisa is trying to translate Maupassant into Russian. But there’s no music in her translations. Whatsoever. Even so. There’s a moment when she says: “Maupassant is the only passion of my life.” I’ve read this line how many times? It kills me every time. Who gives a damn if she’s a bad translator? Babel gives her one of his all-time best lines…And anybody who’s read a little Maupassant knows what she means? “Guy de Maupassant” is a homage from one story writer to his hero, another story writer. 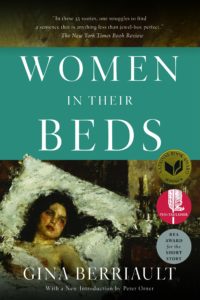 Women in Their Beds by Gina Berriault

Another book that I can’t quite imagine my life without. She slows me down and reminds me everything is in the sentence, one at a time.

JC: Many readers know Berriault’s story “The Stone Boy,” but there are others equally mysterious and revealing of the complexities of human emotion in this collection, which won the 1996 National Book Critics Circle and PEN/Faulkner awards in fiction. Do you have a favorite?

PO: True about “The Stone Boy,” and it is a story I love deeply. The sort of story where the mystery deepens each time you read, not the other way around. So many stories come to mind. “The Infinite Passion of Expectation,” “Around the Dear Ruin,” “The Light at Birth” But for me the one that stands out in terms of emotional complexity—and pure audacity of storytelling—is “Stolen Pleasures,” about two sisters talking in the dark. A couple of years ago I had the daunting and “I’m completely not worthy” honor of writing an introduction to Counterpoint’s re-issue of Women in Their Beds. Re-reading the book, the story I kept coming back to, out of sheer awe, was “Stolen Pleasures.” The story at first seems confusing, like she’s trying to do too much. You think, well, this is pretty good, maybe it should be a novel. Berriault wrote good novels, but “Stolen Moments” is a story, a complex and multi-layered story. What Berriault does in it with time and memory, family burdens and thwarted love… But anything more I say here would sound ridiculous in the face of the story itself. Story writers should know when not to say anymore. 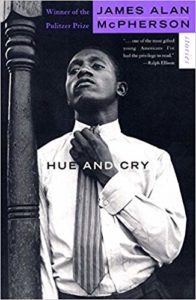 McPherson’s first book contains essential American stories like “Gold Coast” and“Solo Song: For Doc.” McPherson always calls on us to find out better angels, wherever they may be hiding.

JC: McPherson grew up in the segregated South, worked as a janitor while in law school at Harvard and as a dining-car waiter—all experiences that shaped stories like “Gold Coast” and “A Solo Song: For Doc.” I’m reminded of an interview he gave to PW in which he described the feeling of the shift that came when the train crossed the Mason Dixon Line into the integrated North: “The man would come on serving sandwiches and coffee in the black coach and he’d say, ‘y’all can go up front.’ Nobody moved. Why would you go against your whole tradition? Suddenly the whole car was white and you’re sitting next to a white person for the first time in your life.” His perspective is rare, living on both sides of the color line in the Jim Crow era, getting his MFA at the Iowa Writers’ Workshop, winning a Pulitzer Prize, a Guggenheim and a MacArthur “genius” grant, and teaching at Iowa. How do you think his first collection reflected what W.E.B. Du Bois called that dual consciousness?

PO: A remarkable line you quote from James Alan McPherson. And so reflective of what I know of the man himself, as well as Du Bois’s dual consciousness. McPherson was fascinated with—and celebrated—humanity in all its contradictions. I was lucky enough to work with Jim at Iowa, and as a teacher he was far more interested in us students as people than he was than us as writers. You know what I mean? He knew, like Chekhov, that compassion is as much a key to storytelling as it is to living. That was his real and lasting gift. And his kindness and generosity towards his characters, even when he is taking them to task, is there in every line he wrote, from his first collection, Hue and Cry, to his wonderful non-fiction books, Crabcakes and A Region Not Home. Hue and Cry I always keep close. For many years it was out of print and difficult to find, and even now, after it’s been re-printed, it is not so easy to get ahold of. Maggie Brown & Others is dedicated to my family as well as to the memory of James Alan McPherson. I hope the stories reflect some of things he taught me. He died in 2015. May his legacy live on, this country needs it now more than ever. 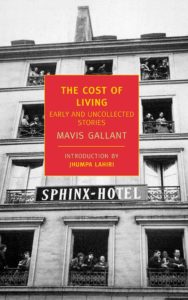 The Cost of Living by Mavis Gallant

Her characters are more real to me than real people, which is scary. I open Gallant and I genuflect and laugh and am astonished all over again.

JC: I’m impressed with the range of perspectives she offers in these stories, many of which first appeared in The New Yorker. In “Travelers Must Be Content,” she gives us four points of view, which leads to the eerie impression that we know more about what’s going on than any one character. How does she do that?

PO: God knows! If we could figure it out, we could bottle it and sell it. I wonder though, would anybody buy it? The secret recipe for how to write a story, any story. I just pulled The Cost of Living and looked for a line to quote. She’s like her fellow Canadian Alice Munro in that way. She’s not so quotable. She’s too busy telling her story. But “The Cost of Living” opens with this: “Childhood recollected is often hallucination; who is to blame?” How does she do it? Story after story after story after…? I read Gallant to be exhilarated by the possibilities. Those four points of view mentioned. She’s wildly entertaining, funny, penetrating, merciless. And she’s a master class in the short story. But like I say, you don’t think about this. The stories, each one, is simply too good for you to pause much and think about why. Till after, when you’re still amazed. Right. How does she do it? She paid attention like few people ever have, that’s one reason. 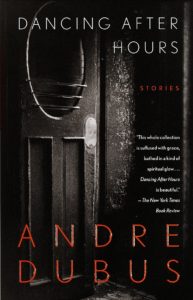 Dancing After Hours by Andre Dubus

Dubus was my teacher and friend. (I’ve been beyond lucky to have had the teachers I’ve had.) Had I not met Andre I wouldn’t do what I do. I knew him in the last years of his life and was a member of what we call the Thursday night group, a group of writers who met in Andre’s house north of Boston, every Thursday, year after year. Dancing After Hours is his final book of fiction. Stories like “At Night” and the long title story reach into whatever heart I’ve got left and squeeze like hell.

JC: How did Dancing After Hours influence your new collection?

PO: Although before Dancing After Hours, Dubus had been an acknowledged master of the short story for decades, I think of this final book as a departure. There’s the same level of depth of character as in his older stories but there’s—I’m not sure I can describe this either—a renewed sense of calm in the prose that wasn’t quite there before. I tried, in this spirit, in Maggie Brown, not to push things, to let the stories be, to not force some pre-ordained plot upon them, to watch my characters fumble across their lives as carefully as Andre used to watch his.

In the title story “Dancing After Hours” (I have it right here), there’s another moment of one writer tipping his hat to another:

“Last night Emily has not worked and yesterday afternoon she had gone to the beach with a book of stories by Edna O’Brien. She rubbed sunscreen on her body and lay on a towel and read five stories. When she finished a story, she ran in the surf, and dived into a wave, opened her eyes to the salt water, stood and shook her hair and faced the beach, looking over her shoulder at the next wave coming in, then dived with it as it broke, and it pushed and pulled her to the beach, until her outstretched hands and then her face and breasts were on sand, and the surf washed over them.”

Isn’t that beautiful? One of Edna O’Brien’s stories sent one of Andre Dubus’s characters into the ocean waves. How many times do you see this sort of honoring? It was glorious just to type it. And I wish we had time here to talk about Edna O’Brien too, and Juan Rulfo, Welty, Trevor, Akutagawa, and on, and on…