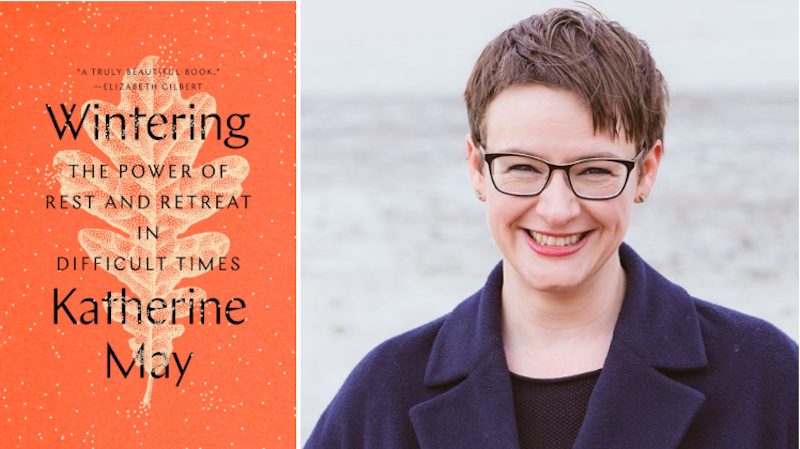 Katherine May, the author of Wintering, shares five books in her life

Katherine May’s Wintering is published this month. She shares five books about Wintering. 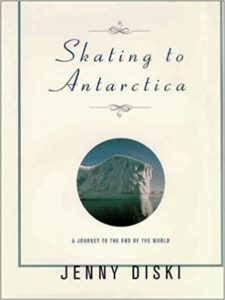 Skating to Antarctica by Jenny Diski

Diski’s memoir links three kinds of winter: her unsettled and sometimes frightening upbringing by two erratic parents, her time spent in a mental health ward, and her lifelong yearning towards the white obliteration of Antarctica. Between the three, she finds acerbic humour and an exploration of the thin line between existence and non-existence.

Jane Ciabattari: “If I trace it back, that wish for whiteout began with the idea of being an inmate in a psychiatric hospital,” Diski writes. “Not during my first stay in a mental hospital, in Hove, when I was fourteen, but later, aged twenty and twenty-one, in London’s Maudsley psychiatric unit, hospital became my preferred environment. White hospital sheets seemed to hold out the promise of what I really wanted: a place of safety, a white oblivion.” Is there an instinctive wish for “white oblivion” during winter? A time of hibernation?

Katherine May: For some people, yes—and that includes me. I love the way winter transforms the landscape, muting the colors and making everything look new. Even the soundscape is changed: the air feels decluttered, and all your senses are sharpened. It always gives me the feeling that chaos has been muted for a while, and everything is reset. I think this was true for Jenny Diski, too. She found the same order in the white wastes of the Antarctic that she found in the hospital ward, an escape from the sheer unpredictability of her family. Winter, for her, represented safety and calm.

But I don’t think that’s true for everyone. For many, the obliteration of winter is terrifying, rendering everything bleak and alien. I sometimes wonder if this is an introvert/extrovert divide. I see the solitudes of winter as a welcome relief, but that’s because social life exhausts me. For others, winter represents the wrong kind of oblivion, and it’s terrifying. 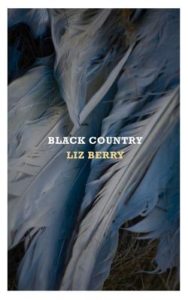 A song to the magic and beauty of her home in England’s industrial midlands, Black Country is full of the migration of birds, snowfall and Christmas miracles. Here, the dour weather frames the humanity of simple people caught in their ordinary dramas.

Little acrobat of the terraces,
we’m winged when we gaze at you

jimmucking the breeze, somersaulting through

the white-breathed prayer of January

and rolling back up like a babby’s yo-yo
caught by the open donny of the clouds.

Are there lines you admire that give a sense of winter?

KM: “Birmingham Roller” is wonderful! But my personal favorite is Christmas Eve, in which “the Black Country is tinselled by sleet,” and then snow drifts over the disused mines, surveying the full spectrum of working class life as it lands. We witness people playing the Lottery, walking their dogs and going to work in supermarkets and call centers, or unzipping to “piss a flower in the snow.” I grew up in a similar region to Liz Berry: a place where the jobs disappeared long ago and the towns are crumbling, but there’s still beauty to be found: “the tower blocks are advent calendars” and “snow is filling women’s hair like blossom.”

Snow is an escape in Berry’s poems, but also a great equalizer. ”It’s snowing on us all,” says Berry, as she elevates ordinary life to something grand, important and universal. Here, the plastercast Virgin Mary is as “gorgeous and naive/as the last Bilson carnival queen.” And in the next poem, “The Night You Were Born,” a woman sits pregnant in the “snow-soft hours” reimagining her lover’s birth as the Nativity, its setting transposed to a carpenter’s van. This is a winter that draws us all together, whoever we are, united in ever-unfolding drama of human life. 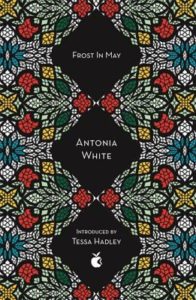 Frost in May by Antonia White

While some of this is set in the cold months, Antonia White’s autobiographical is more about a personal winter: a childhood frozen in the cruel regime of a Catholic boarding school. Despite careful repression, the girls’ sexuality burgeons under the surface like bulbs in cold soil.

JC: Elizabeth Bowen compared Frost in May, published in 1933, with Joyce’s Portrait of the Artist as a Young Man; both portray budding artists at boarding school. Joyce’s young artist is empowered; White’s is frozen. How does White’s gender factor into her personal winter?

KM: I think White makes show the idea of what a girl should be—innocent, obedient, tidy and pliable—is fundamental to the nature of her oppression in the Convent of the Five Wounds.

I first read the book when I was eighteen. I’d just returned to school after a bout of severe depression, and I was suddenly supposed to be preparing for university applications and final exams, despite being totally disoriented. One of the decisions I needed to make was the topic for my English Literature dissertation, and I think my teacher took pity on me when it was clear I had no idea where to start. She suggested a comparison of two books: Frost in May, and Jenny Newman’s Going In. “They’re both about nuns,” she said. “I think you could have fun with nuns.” At first I thought it was quite a bizarre suggestion—my school was not Catholic—but I came to think she was trying to help. For Nanda, White’s protagonist, being a teenage girl is a kind of frozen state, a phase of forcibly arrested maturity. All her intense feelings are carefully suppressed by her teachers, who, themselves, live a life that denies the full scope of adult feelings. I felt like she was showing me a mirror of myself: someone who could not endure being kept from growing up.

I think the other aspect of girlhood that White renders so well is the crush. Nanda’s utter adoration of Léonie carries the extraordinary intensity of the ways that girls love. It’s hot, exact, inarticulate, comprehensive. I think the experience of love feels wintry in our teenage years, because it’s almost impossible for anyone to return those feelings with the same fury. We’re left with this swirl of potent emotions, feeling forever held at arm’s length. 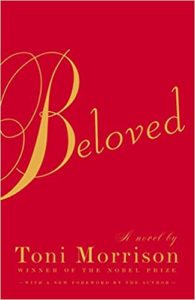 All the best ghost stories happen in winter, where snow is a kind of forgetting. But in Beloved the accumulation of snow seems to trigger an uncovering of memory, desire and history. Could this story happen in the sun? I don’t think so.

JC: Can you mention specific passages in which snow serves as a trigger?

KM: What always strikes me about Beloved is Toni Morrison’s incredible artfulness in revealing the key events that lead up the present day, in which Sethe and her daughter Denver are haunted by the ghost of a baby. As a reader, I never feel that any information is being held back – right from the very start—but instead our knowledge deepens and deepens as the story keeps circling back. In that sense it feels very conversational, as if the author assumes we have a shared understanding on some level. To some extent, we’re asking “What happened?” but I think we’re more encouraged to ask “Why?”

The weather in the book keeps step with this uncovering. When Sethe, Denver and Paul D go to the carnival early on, the sky is blue and the crickets are “screaming,”’ but as they get home, they discover Beloved, freshly disgorged from the river. The seasons shift towards winter as this revenant takes a hold on the family. Snow starts falling just as Paul D asks Sethe to have a baby with him, and Beloved makes a jealous lunge for Sethe’s attention. By the time Paul D learns what Sethe did, the snow is thick, and Sethe herself becomes a kind of snowstorm as she tells her story—she “drifts” and spins around the room and she pours out her account. Her love is “too thick.”

But the snow brings the possibility of some kind of redemption too. Stamp Paid makes tracks in it as he wrestles with his conscience for abandoning Sethe for so long. It feels to me like the progress of winter shores up the emotional arc of the story. 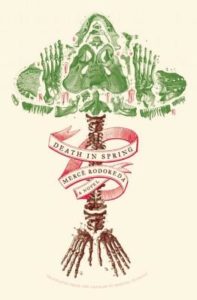 Death in Spring by Mercè Rodoreda

Rodoreda’s surreal coming of age novel is thought to be allegory of life under Franco. This is a novel about the aftermath of winter—it begins with a thaw of mountain snow rushing down into the Catalan village where it’s set. The villagers seem locked into traumatised rituals, reproducing the cruelty of their repressive society.

JC: The first sentence of Death in Spring introduces the narrator, a boy of fourteen, entering the river swollen with melted snow:

“I removed my clothes and dropped them at the foot of the hackberry tree, beside the madman’s rock. Before entering the river, I stopped to observe the color left behind by the sky.”

In what other ways does Rodoreda give us images of the thaw?

KM: The opening chapter is full of images of (re)birth: the boy enters the gushing river while bees and flowers reappear around him, and the light itself changes. The men of the village begin to make plans to re-paint the houses in the village rose-colored. There’s a sense that everything will be okay again now that spring is here. But soon the old anxieties return: the pink houses seem like a “wave of blood” when the sun hits them, and there are perpetual fears that the village will be washed away by the raging water. Then men who are sent in to swim under the village to check the way is clear often come back dead, or faceless from the vicious rocks. In Rodoreda’s dreamlike world, the winter may be over, but that only means that the cruelties inflicted during that time must now be faced. It’s as though the thaw has simply dislodged all the dark pieces of matter that were suspended in the ice. She seems to tell us that we can’t hide our dark deeds in a different season.