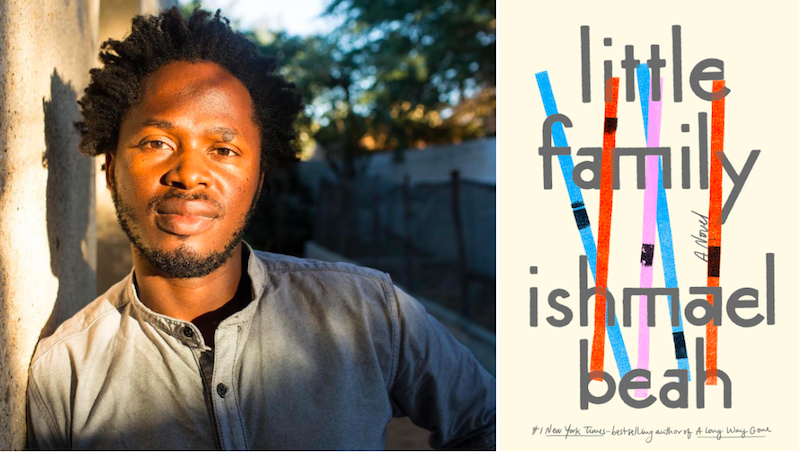 Ishmael Beah, the author of Little Family, shares five books in his life

Ishmael Beah’s Little Family has just been published. He shares five books he read in primary school about people and animals surviving the fates they are dealt.

“The name of my village is called Mogbwemo and my primary school was Ahmadiyya,” he points out. “I am not really sure what the equivalent was in terms of grades in the US system. I went to primary school that had seven classes/grades. So class one through seven and then you graduate to secondary school. I read these books in classes six and seven. In my classes there were about 35-40 students at the beginning of the school year but that dwindled as the year went on. 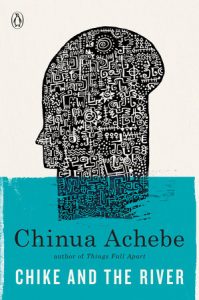 Chike and the River by Chinua Achebe

This is magical tale of boundaries, bravery, growth and the hope of a little boy to cross the Niger River from his village to the city. It was the first book I read as a boy, living in a village, and it had a character that was from a familiar environment and it stayed with me to read about a character similar to me in literature.

Jane Ciabattari: Chike moves from his village, Umuofia, to the river town of Onitsha to live with his uncle, who works there as a clerk. “In Umuofia,” Achebe writes, “every thief was known, but here even people who lived under the same roof were strangers to one another.” At one point Chike wonders, “What was the use of dreaming?” Did his dreaming of a larger world influence you as a boy?

Ishmael Beah: The use of dreaming was and remains important to me. In dreams and imagination, ideas are born that then become reality. I grew up with oral tradition storytelling that taught me the importance of dreaming and imagination. So this book confirmed those feelings and thoughts for me. Chike’s dreaming of a larger world made me want to go to my own capital city for the first time in my life. I had not been, prior to reading the book, but had heard stories from those who had and it sounded like another world. Even before reading this book, I always imagined places beyond my village and country. Every time I traversed my village to the river, to school, to visit friends or to a soccer match, I always looked up at the airplanes that passed above in the vast sky and imagined where the people on them where going. I made up stories based on the geography I knew; countries and capital cities. 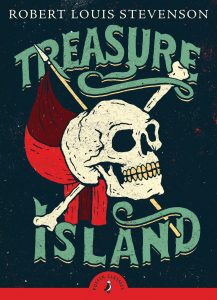 I was first introduced to this book by my English teacher in primary school. We didn’t have books but my teacher had one copy which he read to my class and we used the few benches in the classroom to recreate the hull of a pirate ship and I always played Jim Hawkins—the narrator and main character— hence the book seized my imagination to the point that I walked around my village pretending I was Jim Hawkins and it got me into all kinds of trouble!

JC: What sorts of adventures did you have while pretending you were Jim Hawkins?

IB: There were many adventures and they lasted the entire school year. I made a toy telescope out of bamboo and would borrow a ladder that workers were using to fix up thatch or corrugated iron roofs, and use it to climb on top of houses pretending I was on the mast of a ship and looking for an island where the treasure was. When the workers needed the ladder to come down, they shouted my name “Ishmael, are you up to not good, again?” Most laughed and others became upset while blaming the books that were making me misbehave. I also hid in a huge empty clay water gourd and pretended it was the apple barrel on a ship. On one such occasion someone had returned from the river with a bucket of water and poured it on my head. I held my breath and kept silent. But after she finished pouring the water, she grabbed a bowl on the veranda and leaned in to scoop some water. She met my bright eyes and soaked face. She screamed and ran away and I was punished for panicking the village as she thought she had laid eyes on a ghost or some spirit! I tried not to laugh when I was brought before the elders. 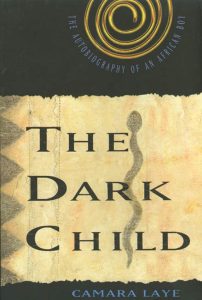 The Dark Child by Camara Laye

This brilliantly written book is about family love drenched in customs and traditions and how that is threatened when the child grows and moves away. What do you carry with you of your tradition when faced with other ways of living and how does that shape you. I fell in love with this book at a young age and had to reread as became an adult to understand my own struggles of experiencing many transitions, cultures and customs.

JC: In this 1954 memoir, Laye writes of his boyhood in Koroussa, French Guinea, after he’s left home to study engineering in France. So he’s already made the transition from his family’s traditional culture to a modern one. Do specific scenes (or characters) from The Dark Child stay with you?

IB: Laye is the character that stayed with me the most. I saw myself in him throughout the book. I went to Koranic school. I grew up in a village that metamorphosed into a town or aspects of a town because parents added certain things to their way of living to please the children who had gone away to towns and cities for school. Before that, I witnessed the magic of life where people were in tune with nature and its behavior, the celebrations of harvest, rites of passages etc. and like Laye, i went away for school and upon every return for holidays or visits, my village had changed a bit and so had I. 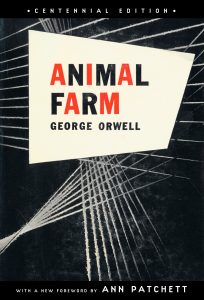 This was first read to me as a child and I thought it was all about clever animals until I reread it again years later. I remember though walking home from school with my classmates singing “Beast of England, beast of Ireland. Beast of every land and clime…” and our parents feeling proud that we have mastered the English language enough to sing a song in it that wasn’t a lullaby.

JC: What were your favorite animals? Were there animals or characters in your own home village that were similar to those in Animal Farm?

IB: My favorite animals were Old Major (a pig), though his life was short lived in the book, and the dogs, Bluebell, Jessie and Pincher. I loved the dream of Old Major and his idea of equality and the three dogs reminded me of those whom society uses to repress others and kill dreams.

I knew people in my village who had pigs, dogs, donkeys, and horses. None of them were similar to those in Animal Farm except perhaps the dogs, the guard dogs, as we had lots of hunting and guard dogs who were ferocious. 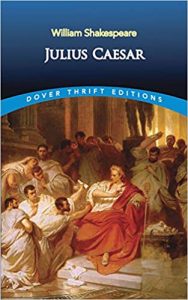 Somehow, we had a simplified photocopy version of this play in my primary school English class. We took turns reading characters out loud; the teacher holding the book before our eyes. I read Marc Antony’s part and even got teased by my classmates who gave me the short-lived nickname “Friends, Romans.” I really started enjoying the play of language and its power during these years.

JC: Did you recite Marc Antony’s famous speech, “Friends, Romans, Countrymen”? What did his character teach you about friendship, and honor?

IB: Yes, I recited that speech so many times! My father used to call me in front of his friends and ask that I recite the whole speech. It was a way for parents, especially fathers, to brag about the intelligence of their children. They asked you to recite monologues from Shakespeare. Sometimes I even got lunch money, which was a rarity, if one of my father’s friends was really impressed with my delivery and enunciation.

Marc Antony’s character taught me about loyalty when it comes to friendship and life in general. In addition, he taught me about diplomacy in language when delivering the truth, especially when that truth has been challenged, ignored or cast aside for personal gain or fear.