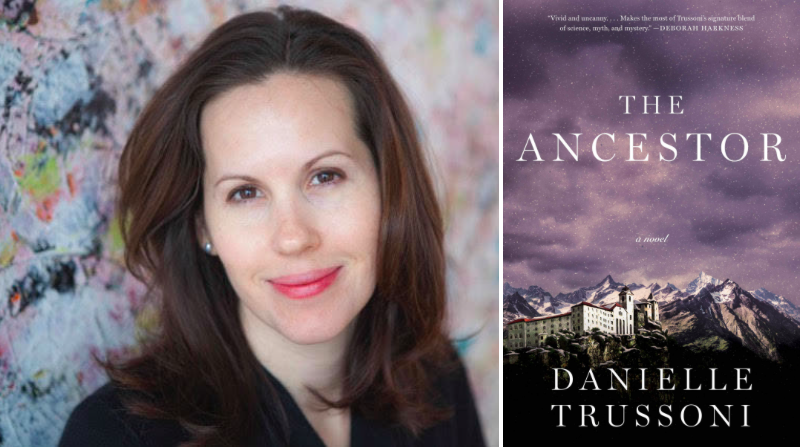 Danielle Trussoni, the author of The Ancestor, shares five books in her life

Danielle Trussoni’s novel The Ancestor is published today. She shares five books a out family secrets. 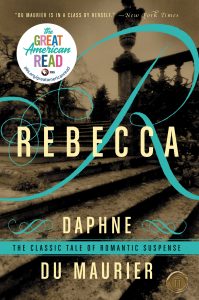 This is one of my favorite novels of all time, and an inspiration for my gothic suspense novel The Ancestor. It is a dark, beautifully drawn story of a young woman’s marriage to an older man, whose wife, Rebecca, haunts them.

Rebecca, always Rebecca. Wherever I walked in Manderley, wherever I sat, even in my thoughts and in my dreams, I met Rebecca. I knew her figure now, the long slim legs, the small and narrow feet. Her shoulders, broader than mine, the capable clever hands. Hands that could steer a boat, could hold a horse. Hands that arranged flowers, made the models of ships, and wrote “Max from Rebecca” on the flyleaf of a book.

But much of the novel is speculation, projection based on the inner psyche of the insecure narrator. How does this help build suspense?

Danielle Trussoni: Great, suspenseful writing is always about the twisting and buckling of a character’s consciousness—what she reveals and what she hides. The unnamed narrator of Rebecca is a perfect vehicle for a suspense novel because we never know if she is seeing her life clearly, or if her insecurities cloud her vision. The illusions she brings to her marriage are, in fact, what drives the novel. The thrill of Rebecca comes from our close relationship to the narrator’s emotional world, and so when she is surprised, we are surprised. But even more than the suspenseful story, I love the gothic elements of Rebecca: the isolated English country house, Rebecca’s mysterious death, and the rather melodramatic conclusion. Although my novel is set in the Italian Alps, I can say that all of these elements inspired The Ancestor. 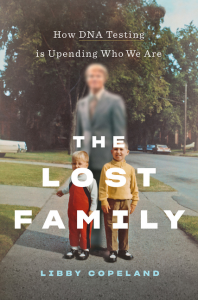 The Lost Family: How DNA Testing is Upending Who We Are by Libby Copeland

Just published, this is a gripping nonfiction account of the effects of DNA testing on our sense of ancestry, family and identity. It follows the stories of a number of people who took a DNA test for fun, but found the results changed their lives.

JC: Among the most challenging results of the DNA tests are discoveries about family connections like the NPE, or “Non Paternity Event”—the father you think is yours isn’t—or surprise ethnic or racial heritage. In the case of The Ancestor, the discovery is even more surprising. How much research into DNA testing and family genetics did you do while writing the novel?

DT: There was so much research to do before I felt that I could write The Ancestor! It is a story that turns on genetic inheritance, and it was essential that I get it right. I immersed myself in the subject, reading many books and articles about genetics, but my favorite was The Gene by Siddhartha Mukherjee, which gives both the history of genetics, but also a larger picture of what the study of genetics means for humanity. 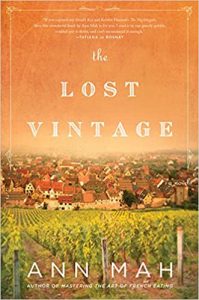 The Lost Vintage by Ann Mah

In this novel set in France, a hidden wine cellar is discovered in an ancestral home in Burgundy. When a rare and valuable vintage is found, it reveals family secrets from the Second World War. The secrets in this novel ask one to consider how we record history, what we tell and what we hide.

JC: Kate has spent five year preparing for the “Master of Wine” test, hoping to join the fewer then 300 wine specialists with that designation in the world, when she travels from San Francisco to family vineyards in Burgundy. The plot opens out when she discovers her aunt’s 1940-era journals. What are the secrets to Mah’s effective use of these journals to tell the novel’s back story—and how she integrates that past with Kate’s present?

DT: I love the way Mah uses one woman’s journals from the Second World War to create a big, complex historical and political mystery. Of course, Kate discovers the trove of old wine, but really what she discovers is the story of her family and, specifically, her aunt’s role as a resistant in Vichy France. Using a first person account such as a diary or journal is an elegant and believable way to bring past events into the present story without creating a flashback, and Mah does it very well. In fact, thinking about it now, I have used a similar device in most of my books—Falling Through the Earth, Angelology, and now The Ancestor. 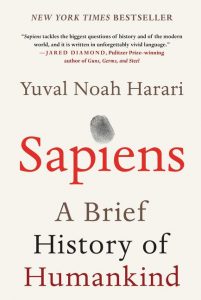 Sapiens: A Brief History of Humankind by Yuval Noah Harari

This the ultimate study of family secrets, Sapiens is a history of the human family, from homo sapiens to our most distant ancestors. After reading this a few years ago, my definition of who we are as a species—where we came from and where we are going—expanded, and I came to see our species in a new way.

JC: It’s intriguing to imagine what would have happened if we still had the six species of human alive 100,000 years ago still with us, instead of one, homo sapiens. Is that part of what inspired you about this book?

DT: The idea of other human species living alongside homo sapiens intrigues to me and was, in fact, something that inspired me to write this book. I’m fascinated by the connection we would have to these ancient people, and how having other species of humans might help us to be kinder to our own species. I read a lot about Neanderthals, and the history of evolution in humans, while writing my novel. A fascination for other humans stayed with me after I finished The Ancestor and led me to create a sci-fi audio drama called Crypto-Z that follows a team of scientists who discover a hominid in the Alps. The audio drama is coming this spring on Apple podcasts.

This is a moving memoir about a woman who takes a DNA test and discovers that her family is not what she believed it to be. Shapiro’s experience is a real-life version of the ideas I was interested in exploring while writing The Ancestor.

JC:  After discovery of her birth father’s identity comes through DNA research, Shapiro writes, “It turns out that it is possible to live an entire life—even an examined life, to the degree that I had relentlessly examined mine—and still not know the truth of oneself.” To what extent do you think genetic identity informs a sense of self?

DT: I think it informs our sense of self immensely, especially while growing up. Part of what inspired me to write The Ancestor was my own DNA test surprise. I was raised in a large Italian-American family and always identified myself as of Italian descent. Then, I took DNA test and discovered that I was only 1.7% Italian! It was such a shock, one that made me question the very idea of the cultural and ancestral labels we use. I much prefer the idea that we are all homo sapiens, and that this human family—with its many cultures and histories—belongs to all of us.