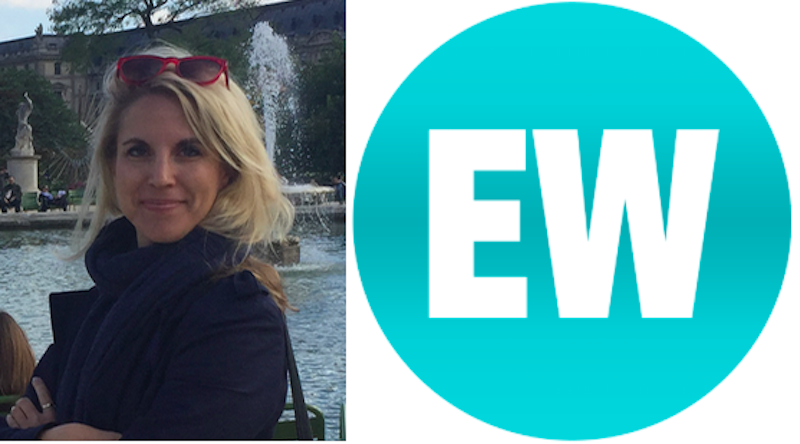 "Woolf's style here—the stream of consciousness, the rhythms of memory and repetition—just completely wrecked me, in the best way" 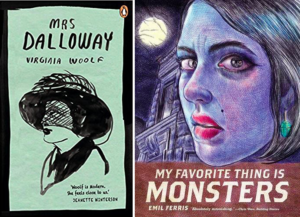 Leah Greenblatt: This isn’t a very cool answer, but I recently read Mrs. Dalloway again and was blown away by how fresh the book still felt, though in an entirely different way than what it meant to me when I was 19. A lot of the writing that’s credited with moving literary fiction forward, those modern giants, seems to end up being the stuff you admire more than love. But her style here—the stream of consciousness, the rhythms of memory and repetition—just completely wrecked me, in the best way.

LG: I can’t blame anyone for not wanting to pick up a ten-pound graphic novel and put it in their pocket, but I would go to the mat for Emil Ferris’ My Favorite Thing Is Monsters. It sold relatively well for what it is and won an Ignatz Award, though that’s a genre prize and I would love to preach to the non-choir and say that as someone who doesn’t have a particular affinity for “comic books,” I had to hurdle past my own prejudices and ended up falling completely into this narrative of sex and death, WWII brothels and 1960s Chicago, and of course, monsters. It’s also physically gorgeous: these incredibly dense, intricate crosshatched drawings that land somewhere between R. Crumb and Gustave Doré.

LG: Maybe that we’re all frustrated novelists? The whole “Those who can’t do, review” anvil. I was one of those weird little bookworms reading obliviously through math classes and car rides and crosswalks, and that’s all I’ve ever really wanted to be. But the myth of objectivity in criticism I think is sort of silly too; that there’s some golden rule of what constitutes good and bad in book-dom, and that every reviewer is beholden to it. I’m absolutely subjective in my tastes, just like everyone. Except that my job regularly requires me to read things not at all in my lane, and a lot of the assignments I’ve taken on reluctantly have ended up illuminating whole new worlds for me—and hopefully, made me better at what I do.

LG: I’m pretty much a Mennonite when it comes to social media; I’m only on Twitter because it’s compulsory where I work. But in theory at least I’m a fan of anything that democratizes the process of publicizing great writers who don’t have a big machine behind them, and the way that certain celebrities, like Bill Gates or Emma Watson, have leveraged their powers for good in that area. What’s more strange to me is the ad hominem attacks on books that haven’t been released yet, and the frenzy that can build from perceived wrongs done to certain groups or subsets before the words on the page have actually been seen.

LG: I love the humanism and holistic approach of critics like Katherine St. Asaph, Garth Risk Hallberg (also of course a fancy novelist now), Emily Nussbaum and Wesley Morris; they’re all so smart, without ever feeling snobbish or academic to me. I’ll also read anything my ex-boss Mark Harris writes. But mostly I’m just consistently impressed with the width and breadth of critical culture. Shoddy hot takes and white noise aside—which is its own metaphorical firehose you kind of have to put your mouth on every time you go online—there are so many great voices emerging from every corner of the physical and digital universe, a lot of them outside the ivory tower of the “prestige” publications (though I can’t imagine forsaking those, either). What I hate is reading my own published reviews and desperately wanting to fix them in post. Which definitely already goes for this Q&A too.