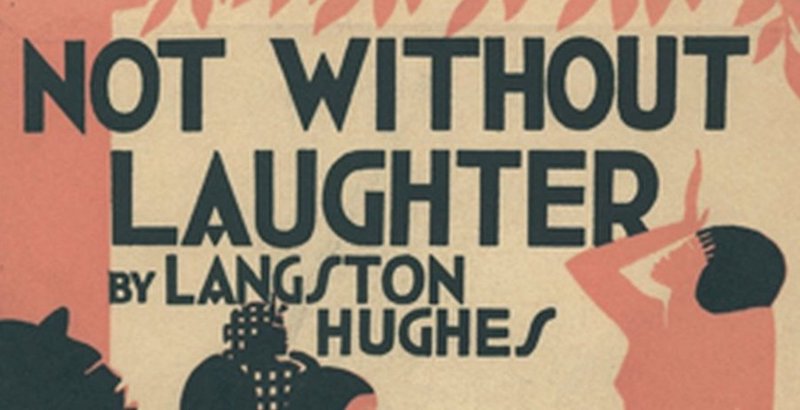 "Everything there is but lovin’ leaves a rust on yo’ soul"

On the 50th anniversary of his death, we take a look back at Langston Hughes' 1930 debut novel, Not Without Laughter 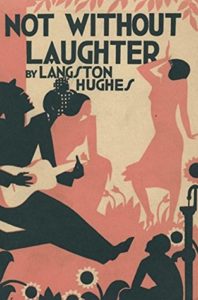 I’s been livin’ a long time in yesterday, Sandy chile, an’ I knows there ain’t no room in de world fo’ nothin’ mo’n love. I know, chile! Ever’thing there is but lovin’ leaves a rust on yo’ soul.

“Langston Hughes has succeeded in giving us in Not Without Laughter an intimate picture of that type of Negro life which has been so popular with white writers in the recent decade. In the last five years, for example, two Pulitzer prize works, Paul Green’s In Abraham’s Bosom and Julia Peterkin’s Scarlet Sister Mary, have dealt with the same aspects of Negro life that are to be found in this novel. Hughes, in fact, is the first of contemporary Negro writers to treat successfully with the life of the lower class Negro in town as well as city. Claude McKay in Home to Harlem dealt with bottom-rung Negro life in its urban forms, as also did Rudolph Fisher in The Walls of Jericho. Hughes, however, in turning to the country for his setting has exploited material that is even more picturesque. More than that, he has come closer grips with this material than have his white contemporaries. In other words, he has made it live as itself, without resort to artifice or literary stratagem. 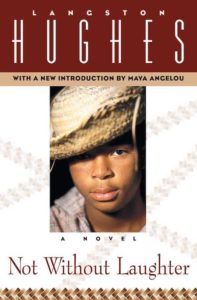 “Not Without Laughter really has no story at all. It has only characters. The hero, Sandy, who grows up in the novel from a very young boy to a rapidly maturing young man, is the least successful creation of them all. The other characters, however, are beautifully clear and real. Jim Boy, the father of Sandy, a guitar-playing irresponsible gadabout; Angee, his wife, who loves him on account of rather than in spite of his vices; Aunt Hager, the mother of Angee, the plantation mammy who would rather be a slave than a free woman and whose whole life is spent in service to others; Tempy, the sister of Angee, who marries Mr. Siles for his wealth and becomes an exponent of middle-class virtues; and Harriet, who despises Tempy and flings herself into the circus-whirl of the stage, winning prominence as a blues singer—these are the people who live in this novel as few characters have ever lived in a book. 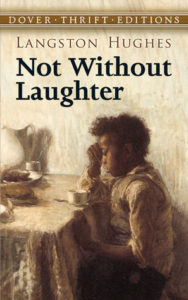 “One of the most interesting aspects of the novel is the excellent contrast in character that it affords. Tempy and Mr. Siles versus Harriet and Jim Boy, the conflict between the Negro type which, preferring wealthiness of money to wealthiness of soul, apes white ideas and ideals, and the type which, despising wealth even when it has it, sneers at white ideas and ideals as the ridiculous conventions of a people who have never learned to live—here we have a striking cross-section of that conflict which has already set in between upper and lower class Negro life. Tempy and Mr. Siles hate the blues and spirituals because ‘they are too Negro’ and condemn those who sing them for ‘acting like niggers.’ Harriet and Jim Boy not only love the blues and spirituals, their very lives are made up of their music. They love them because they are so Negro.

Not Without Laughter is very slow, even tedious, reading in its early chapters, but once it gains its momentum it moves as swiftly as a jazz rhythm. Its characters, emerging ever more clearly and challenging as the novel proceeds, gives it this rhythm. Every character in the novel, it can be said, with the exception of Tempy and Mr. Siles, is a living challenge to our civilization, a challenge that is all the more effective because it springs naturally out of its materials and is not superimposed upon them.”