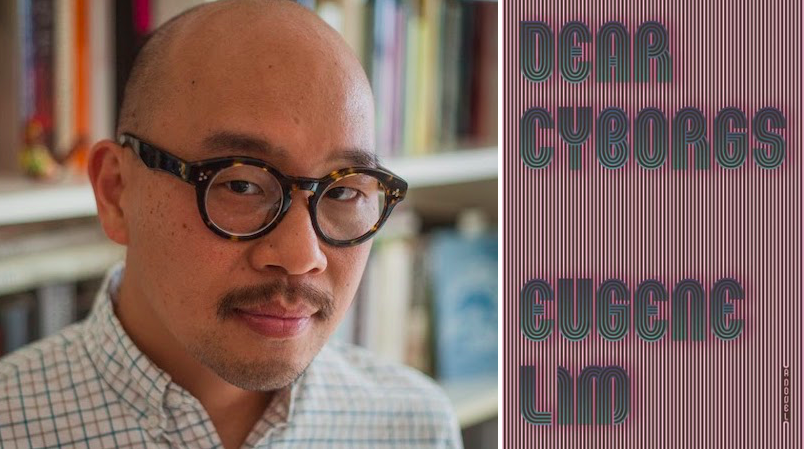 "When I was in high school I wandered one day into the stacks of a university library and I thought: This is a big fucking brain"

This week, we spoke to Queens-based writer, publisher, and librarian, Eugene Lim.

Eugene Lim: When I was in high school I wandered one day into the stacks of a university library and I thought: This is a big fucking brain. Later, I wanted to work with books and briefly worked in publishing, but I discovered, for me, that the mixing of business with literature was somehow confusing and frustrating, and so I didn’t last long at that job. Later still, I remembered all the good naps I took in my college library. I had the thought a librarian would be a good job for a writer.

Here’s an answer to a question you didn’t ask, but since poetry rarely pays (in fact it impoverishes), I’ve often thought there should be dual MFA slash occupational degrees. And they should center around three or four professions: librarians, nursing,  accounting, maybe tech support. And there would be opportunity for great interdisciplinary classes: death poems and hospice, MARC records and the anxiety of influence, systems administration and the novel, etc.

EL: I work in a high school library. The what-if of speculative fiction I think is particularly useful for smart teenagers. So I find myself frequently recommending books like Ted Chiang’s Stories of Your Life and Others, M.T. Anderson’s Feed or Cory Doctorow’s Little Brother. These days the speculative fiction I probably recommend the most is Leni Zumas’s Red Clocks, which imagines this bizarro world where reproductive rights have been radically eroded due to a government takeover by regressive conservative extremists.

EL: Often it’s called a profession of the generalist, where you’re master of none but otherwise of promiscuous interests. But I think it’s little said how singular that daily pinging around really is. Because you’re in contact with not only the news of the day, broadly defined by the swath of periodicals on display from Art in America to Wired, as well as recent tomes from more obscure disciplines (e.g. bestsellers in infographics or biographies of Youtube stars), the whole world seems to flow through you—a river of chunks and burps. It’s an uncannily located viewpoint of the zeitgeist: less panopticon’s stable POV than a mixed quantum state of several different probable locations at once.

EL: The other day, a student was looking through the poetry and said it all seemed too depressing. She asked: Is there any good happy poetry? I was momentarily stumped. And just a few days later I came across the Allen Ginsberg line “America why are your libraries full of tears?”

EL: The New York Public Library had a great Black Friday advertisement where it proclaimed, “For an unlimited time only, get 100% off millions of books, ebooks, streaming movies, and more.” Libraries are that rare space where you are not expected to buy anything. And they provide that important “third place” outside of work and home where one’s purpose there is deliberately and wonderfully open. They are a great socialist institution that either serves as an antidote to—or sanctuary from—the powerfully determining capitalist situation we all find ourselves in. And, more and more, it also has become—and I hope that it remains—an oasis of self-agency in the attention economy where, as a Slate article put it, “we are encouraged to spend entire hours looking at just one thing.”

BM:  Who is your favorite fictional librarian?

EL: I’ll cheat and name a few. Top one would be the librarian from Richard Brautigan’s The Abortion. Followed by the mystic wandering librarians of Borges’s “The Library of Babel.” (I believe it was Borges who said that paradise is a university library when all the students are on break.) And, to round it out, two librarians, Bunny Watson and Rupert Giles, whose significant others worked in information tech, thus making for spicy plot points.

Eugene Lim is the author of the novels Fog & Car, The Strangers, and Dear Cyborgs. His writings have appeared in Granta, The Believer, Fence, Little Star, The Brooklyn Rail, and elsewhere. He is the librarian at Hunter College High School, runs Ellipsis Press, and lives in Queens, NY.